BBC Radio 1Xtra presenter and DJ, Jamz Supernova, has spoken to Headliner about the upcoming 6 Music Festival and why she believes radio is still an invaluable tool in the process of breaking new talent.

The 6 Music Festival returns on April 1-3 for its first outing since March 2020, when it visited London just before the Covid-19 outbreak. This year, the festival take place in Cardiff, featuring live performances, DJ sets, ‘In Conversations’ and more across a variety of the city’s venues, including St David’s Hall, The Great Hall and Y Plas in Cardiff University Students’ Union and Tramshed.

Supernova, who hosts a new music show on 1Xtra covering everything from alternative R&B to new wave Jazz, will be performing a DJ set at the 6 Music Festival, as well as interviewing and presenting artists onstage and broadcasting live from the city.

Speaking to Headliner about the role that city-based festivals such as the 6 Music Festival can play in helping uncover local talent, 6 Music presenter Steve Lamacq said: “I always hope to come back with some music I haven’t heard before. Idles played the fringe in Bristol, which is when I first saw them. I saw a few fringe gigs that year and hopefully what it gives you is more of an understanding of the city itself, how it works, the best places to play, what the audience is like. Because I’ve spent a lot of time following tours around the country I understand this, but it’s good for people to get out and see that geographically some music goes down better in certain places than others. Whether you have the Bristol melting pot or the psychedelia in Liverpool, or the pure indie pop of Sheffield, every area is slightly different, so every time you go somewhere it tells you something about that audience.”

Fellow 6 Music presenter, Staurt Maconie, also told Headliner: “I’m really looking forward to this year’s festival for so many reasons. First of all, it’s my kind of festival in that it’s set in cities and clubs. I know some people love getting their wellies on and getting muddy, but I do like a roof, I like being able to find out about new places. I have such fond memories of all the 6 Music Festivals, particularly when we went to Glasgow. We had a tiny reservation on the way up in that we wanted to make sure that when weren’t going to someone else’s town and saying ‘here we come to share with you the benefit of our brilliance’. Nothing could have been further from the truth. People showed us the good pubs, the good venues, the good restaurants. I pretty much lived in Barrowlands for four days and started going out for breakfast with the bar staff!”

Here, Supernova tells us why she is so excited for the return of the 6 Music Festival and why radio is still a vital cog in the wheel of success for new artists.

How much are you looking forward to this year’s 6 Music Festival?

I’m so excited. I haven’t spent much time in Cardiff so I’m really looking forward to getting to know it. I’ve always loved it when we do festivals in different places, as you pitch up there and really immerse yourself in the location, so I’m excited to see what Cardiff has on offer. As for the festival, it’s always a great line-up. I played at the last one in London in 2020 and you could see then where the festival was headed with some of the line-up and the broadening out of acts, but this year it is full force. 6 Music has changed a bit over the last couple of years and this line-up is a really great representation of all that 6 Music encompasses. 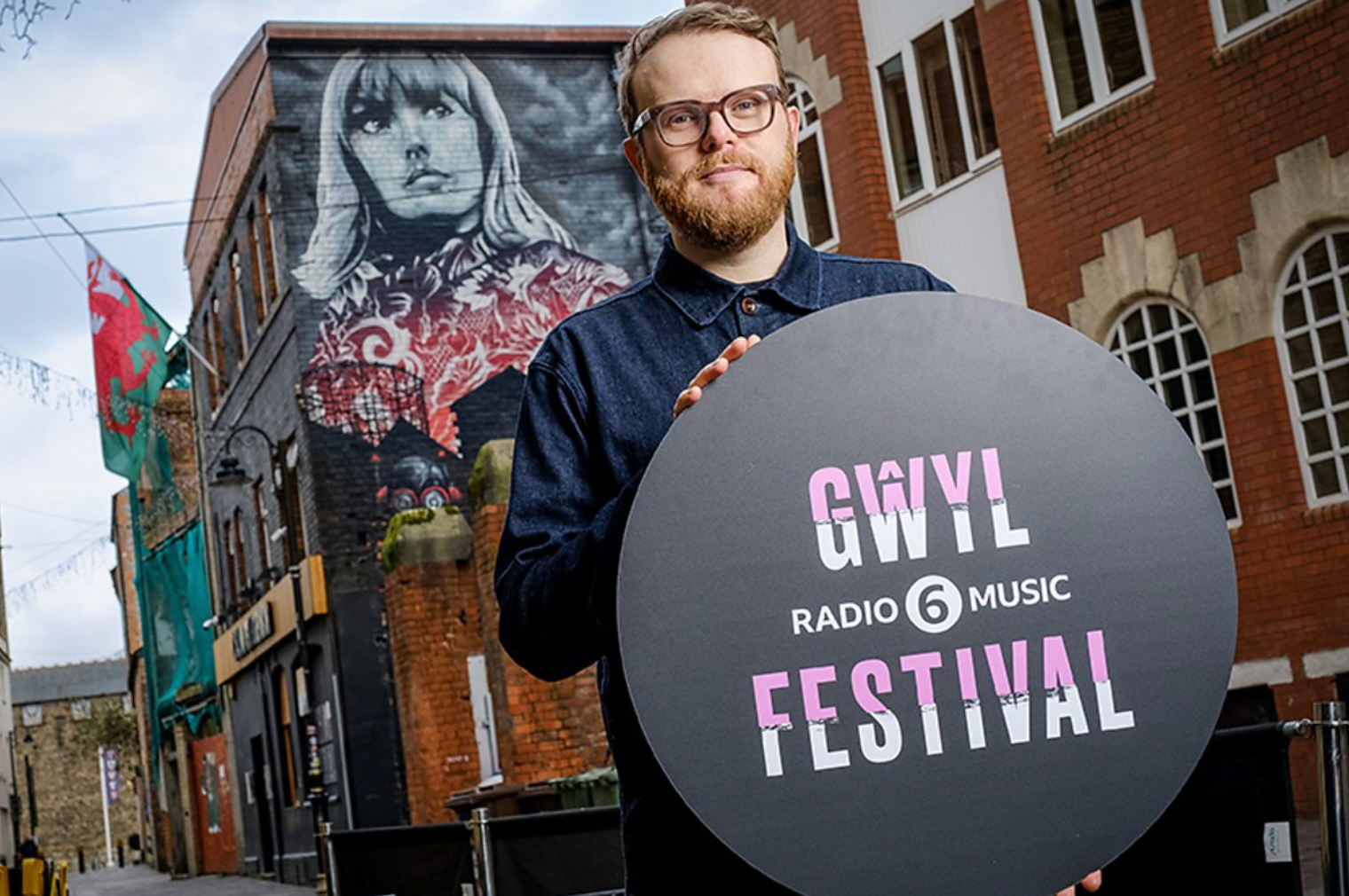 The line-up is a great representation of what 6 Music encompasses. Jamz Supernova, BBC Radio 1Xtra

What will you be doing at the festival this year?

I’m pretty busy. I’m introducing some acts on the Friday at St. David’s Hall and on the Saturday I’m doing my show at 1pm live from the festival. I have Elkka joining me, and in the evening I’m playing the Tramshed, where I’m playing with Craig and Nemone, which I can’t wait for.

Is there anyone you are particularly looking forward to seeing?

So many, I wish I could split myself in half and see most artists. I’d love to see Idles live, also Little Simz - after the couple of years she’s had, being able to see her show would be a real celebratory moment - then there’s Elkka, Ezra Collective, Khruangbin, Sherelle. I’d love to see all of them.

How does the city-based festival compare to being out in a field somewhere?

I’ll always love being out in a field and feeling like that’s your world for a few days. But being in a city has its pros. It’s a lot more inclusive with the kind of people that are around and can come to it as a festival. You can get tickets for individual venues if you can’t attend the whole thing, which is nice. And I think there is something about being in a city, perhaps not knowing it so well, and going on an adventure to find these venues. They both have their pros. You just have to throw yourself into it.

How powerful a platform is the 6 Music Festival for local talent in the city that it’s held in?

It’s really important and that’s one of the reasons why they pick certain cities. We always try to go somewhere we haven’t been before. And it’s also beneficial for a variety of reasons – not just for the talent but for businesses and the infrastructure of the city. It brings money and new people into the city. Sometimes we’re in a bit of a bubble, so getting out of London is a great way to get out and hear about new talent.

Your show on 1Xtra has a big focus on new talent. How vital a platform can radio still be in breaking new artists?

You can’t always break through radio because there are so many platforms out there now, but I like to think of us as a cog in the wheel of someone’s success. It’s not just about playing an artist once, it’s that continued play and giving that artist a space to come on and talk about the music they are making. I love going deep on how people have created their work, the writing processes, and I hope that that turns the listeners of my show on to that person and helps them understand where they come from.

When you see artists you’ve supported go on to do well it’s really reassuring that your gut is right. Sometimes it’s just supporting artists because you have a great feeling about them, there’s no machine or person telling you to play them. So, it reminds me to block out the noise and focus on what I genuinely like. It’s rewarding to be a part of their journey.

With so many platforms for new music discovery, has the role of the radio DJ become even more valuable to listeners?

Definitely. I remember a few years ago it seemed I was always on these panels looking at the algorithm vs the presenter, and are we being made redundant? The pandemic has proved we aren’t. People still want that warmth and want something contextualised. So much music comes out every single week and for most people it’s overwhelming. That’s why on my 1Xtra show I launched this feature called The One, where I say, if you listen to one thing this week, make it this. You might hate it, but you might love it, so give it a go! Also, we should be doing all we can to find the best music for our shows and think hard about how to can link different artists and tell their stories. It’s a better experience for the listener and it works better for the artist as well.