2K has announced 2KFest, a global celebration of music, basketball, gaming and culture, with NBA and WNBA All-Stars and musical talent from around the world confirmed to participate in the 24-hour event.

On the heels of the global launch of NBA 2K21 for next-gen consoles (it's worth noting that the PlayStation 5 or Xbox Series X|S required to play the next-generation version of NBA 2K21), the inaugural 24-hour livestream event is the first of its kind for 2K. 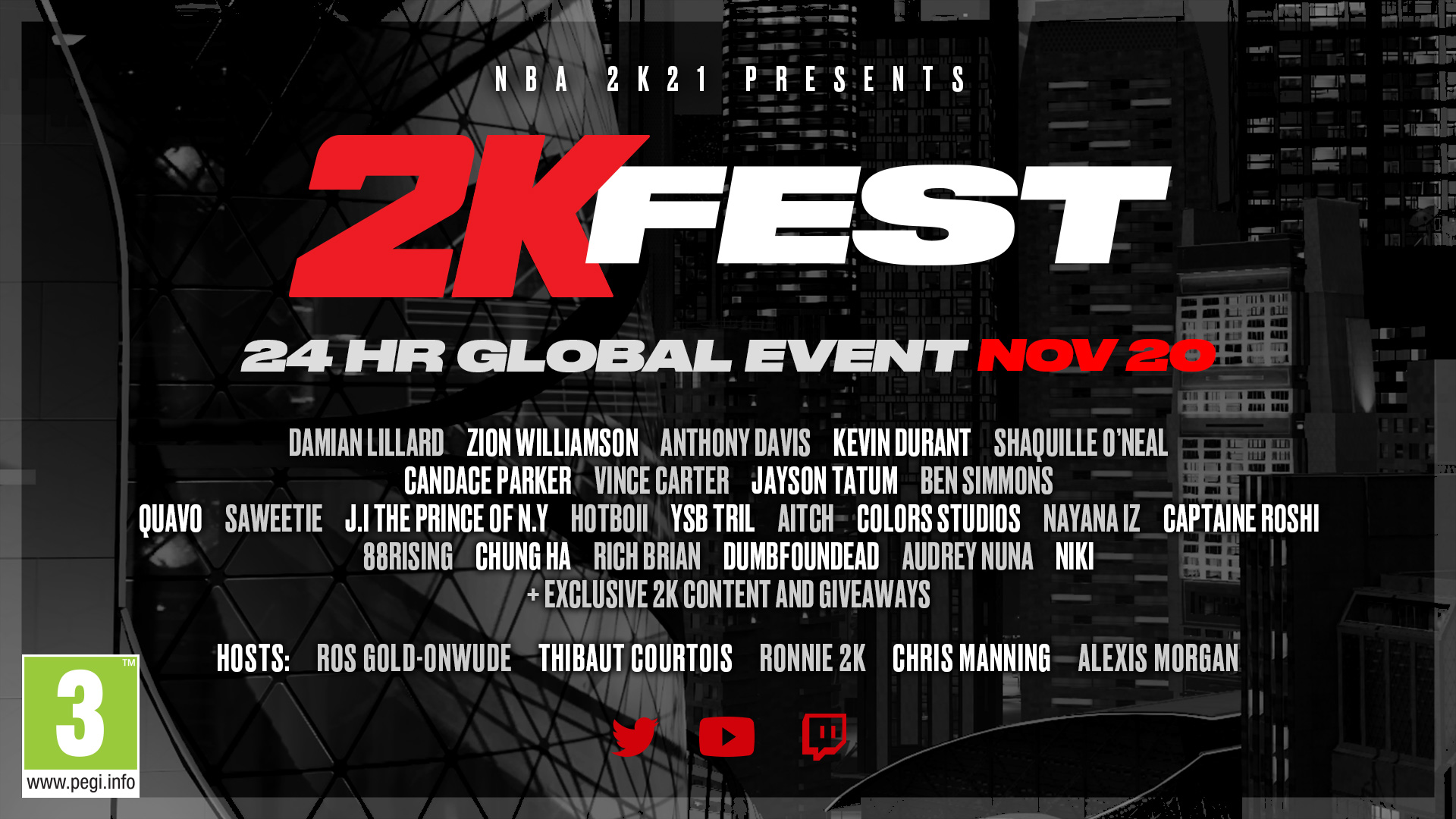