Abbey Road Red, the music tech incubator at Abbey Road Studios in London, has announced that XONE is the 17th startup to join its music technology incubation programme.

Originating from when its Canadian and German founders met while studying in Valencia, XONE has grown into an exciting tech startup operating at the intersection of music and web3. XONE merges social features, mobile first AR technology, and blockchain mechanics. Its core product, an iOS and Android application, gives users the ability to design and build cutting-edge 3D worlds called XONEs.

Recreating the concept of a bedroom wall, each XONE is a haven of cultural identity; a place where users can showcase posters, 2D or 3D NFTs and their digital goods, together with streamed music and explore it all and more in mobile augmented reality. XONE aims to onboard the next generation of creators, fans, and artists into the metaverse by creating a familiar and accessible social media interface for showcasing and sharing digital identity.

Abbey Road Red sits within foundations which have supported the development and use of cutting-edge audio technology, from the creation of stereo in 1934 to The Beatles pushing the boundaries of early stereo separation and channel overdubs with REDD desks into tape machines in Studio Two, to quadraphonic audio with Pink Floyd. The launch of the Abbey Road Studios Spatial Audio Forum five years ago was a pioneering dive into new areas, including immersive audio and XR formats and Abbey Road Red is now extending this with XONE and the AR metaverse.

Music is at the heart of XONE's roadmap. XONE is currently developing a set of gaming and social features to create hangouts, avatar integrations, and large-scale music experiences. It plans for users to access digital merch drops, host listening parties, and visit live performances from artists in private XONEs or public community spaces. The first listening parties have already been tested and XONE also has ambitions to deploy spatial and interactive audio elements across its music experiences. 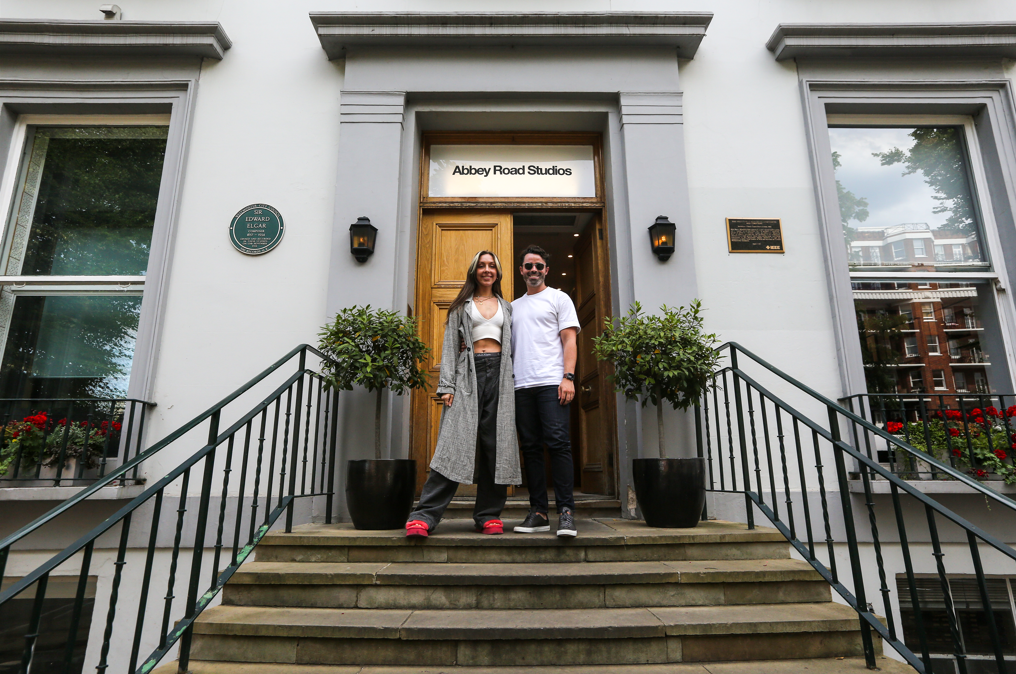 Inside the application users interact via discovery feeds, likes and comments, and chat features. In AR mode, users overlay a portal on the environment around them and use their phone as a window to step into the XONE world.

XONE's founders - James Shannon and Alica Molito - are recent Berklee Valencia School of Music grads who have already generated some success in the music industry via their AR design agency Auras Studios, creating AR activations and experiences for Glass Animals and Troye Sivan amongst others.

Incubation with Abbey Road Red will help XONE mature its music ambitions, bringing the team closer to the industry and giving it development support in everything from technical design elements, understanding and catering to the needs of artists and the structures and strategies behind them, and building their first music activations and partnerships. Abbey Road Red will also be able to share the studios’ considerable experience and knowledge base in immersive audio with XONE to inform its spatial and interactive audio design and features.

Isabel Garvey, managing director, Abbey Road Studios, explained the selection of XONE: “Abbey Road Studios took its first steps into spatial audio and 3D studio experiences five years ago. Our industry value chain has transitioned into digital and online while retaining the best parts of offline. The next online evolution, whether making music, interacting with it in digital realms or enjoying it with friends is the metaverse, which we began exploring before our ‘Metaverse and Beyond’ Red Talk in 2020. With XONE we're looking forward to taking this development to the next level, sharing what we've learned with them along the way and helping them build a bridge into a new plane of music creation and experience."

James Shannon, founder of XONE, explained his ambitions: “The original concept for XONE began with this idea that everyone has a place in the world where they can show off who they are. For many of us that was our bedrooms or, later, our web2 social media profiles. But for the next generation of people coming online that place will be metaversal and deeply integrated into web3. XONE is a place for them, combining the best of web2 social with new technologies like augmented reality and blockchain.”