An artist commands a certain level of respect (not to mention confidence in their craft) to launch a marketing campaign for a new album that consists of just two numbers being displayed across giant billboards and iconic landmarks all over the world – knowing that unquestionably, everyone will know exactly what it means. When Adele’s bat symbol was projected across some of the world’s most famous monuments, the internet was sent into a frenzy – wouldn't Adele have been 30 around the time of writing this album? Then her social channels and website suddenly turned blue. It. Was. Happening.

Her fans have been patient, waiting six years for the queen of sad bangers to bless us with new music to cry to. And how about those numbers: Adele famously names each of her albums after the age she was when writing them, in turn manifesting some staggering sales numbers of their very own.

Adele has 15 Grammy Awards and nine Brit Awards (so far), and her debut album 19 (2008) is certified eight times platinum by the BPI with sales of over 2.4 million, three times platinum in the US by RIAA, and has sold over 6.5 million copies worldwide.

The Tottenham-born singer was back in 2015 with 25, breaking first-week sales records in multiple countries, becoming the world's best-selling album of the year for 2015 and going on to sell over 22 million copies worldwide. 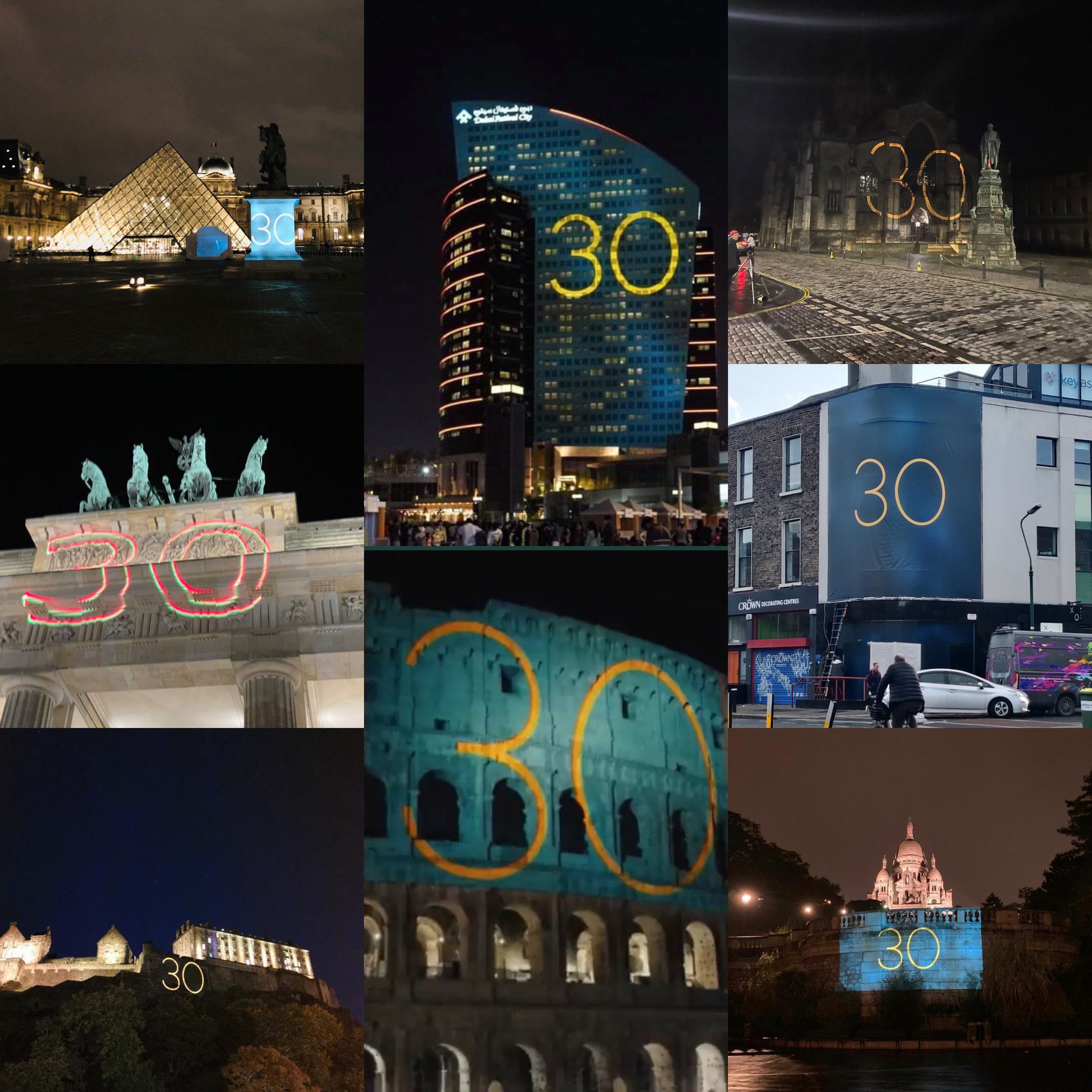 The speculation about new music was made Instagram official on October 5th when Adele posted a snippet of a melancholy piano ballad together with a moody black and white music video named Easy On Me (first the flip phone, now the cassette – iconic!), which was released on October 15th at midnight, swiftly followed by our favourite foul-mouthed national treasure gracing the November issues of British and American Vogue – a nod to her dominance over the music industry and to where she calls home (she now lives in LA).

Following the Instagram teaser post, searches for Adele increased by 299% when compared with only one hour prior to her announcement. Her appeal goes far beyond her music – she is notoriously private about her personal life, but on the rare occasions she grants an interview she endearingly blurts out any mad thought that pops into her head. And she’s funny. She may have moved to what is often referred to as ‘a compound’ in L.A, but our girl is still 100% Adele.

During a recent Instagram Live, Adele (who wasn’t sure how to use the platform correctly, telling a watching Alicia Keys that she needed tech support from her) not only played a clip of Easy On Me, but revealed that her favourite thing to do during lockdown was to drink wine – “obviously” – her favourite crisps are Walkers’ prawn cocktail, and that she loves turkey.

The revelations didn’t stop there: “Am I gonna collab with Peppa Pig? NO”, “My go to at brunch? Aperol spritz, babe”, “EastEnders any day over Corrie”, and “Yes I’m excited for Beyonce’s next album; are you mad?” This album is self-destruction, then self-reflection and then sort of self-redemption.

It’s hard to imagine a more highly anticipated album than 30 in recent times. It’s not even out yet, but it is unthinkable that it won’t immediately go to number one across the globe, break records (and hearts), be critically-acclaimed, and be heard even by those who have no interest in it.

With success guaranteed, will Adele stick to her tried and tested formula and have us sobbing, or surprise us by doing something that she never has before? Here’s what we know so far:

30 will be released on November 19th, which was led by the single Easy On Me on October 15th.

Easy On Me's black and white-turned colour music video continued the setting established in the music video for 2015 single, Hello - only this time she is leaving the house, driving off as a pile of sheet music flies out behind her.

It additionally broke two Amazon Music records, the most first-day streams globally, and the most first-day Alexa requests for any song in the platform's history. In the UK, it broke the record for the most streamed song in a day, with over 3.2 million streams.

In the US, Easy on Me broke the record for the most played song in the U.S. radio history and surged to number one on the Billboard Hot 100 chart.

In the UK the single debuted at number one on the Official Singles Chart on the week ending 28 October 2021, moving 217,300 units in its first week. It marked the highest first week sales week for a song since Ed Sheeran's Shape of You in 2017.

The album's track list has been unveiled, and indicates we are in for an emotional ride:

“I was certainly nowhere near where I’d hoped to be when I first started it nearly three years ago. Quite the opposite actually. I rely on routine and consistency to feel safe, I always have. And yet there I was knowingly – willingly even, throwing myself into a maze of absolute mess and inner turmoil!”

The turmoil she references is her separation from her then-husband and father of her son (she is on amicable terms with her ex – he lives in the house opposite her and they co-parent).

“[30] was my ride or die throughout the most turbulent period of my life. I’ve painstakingly rebuilt my house and my heart since then and this album narrates it. Home is where the heart is.” 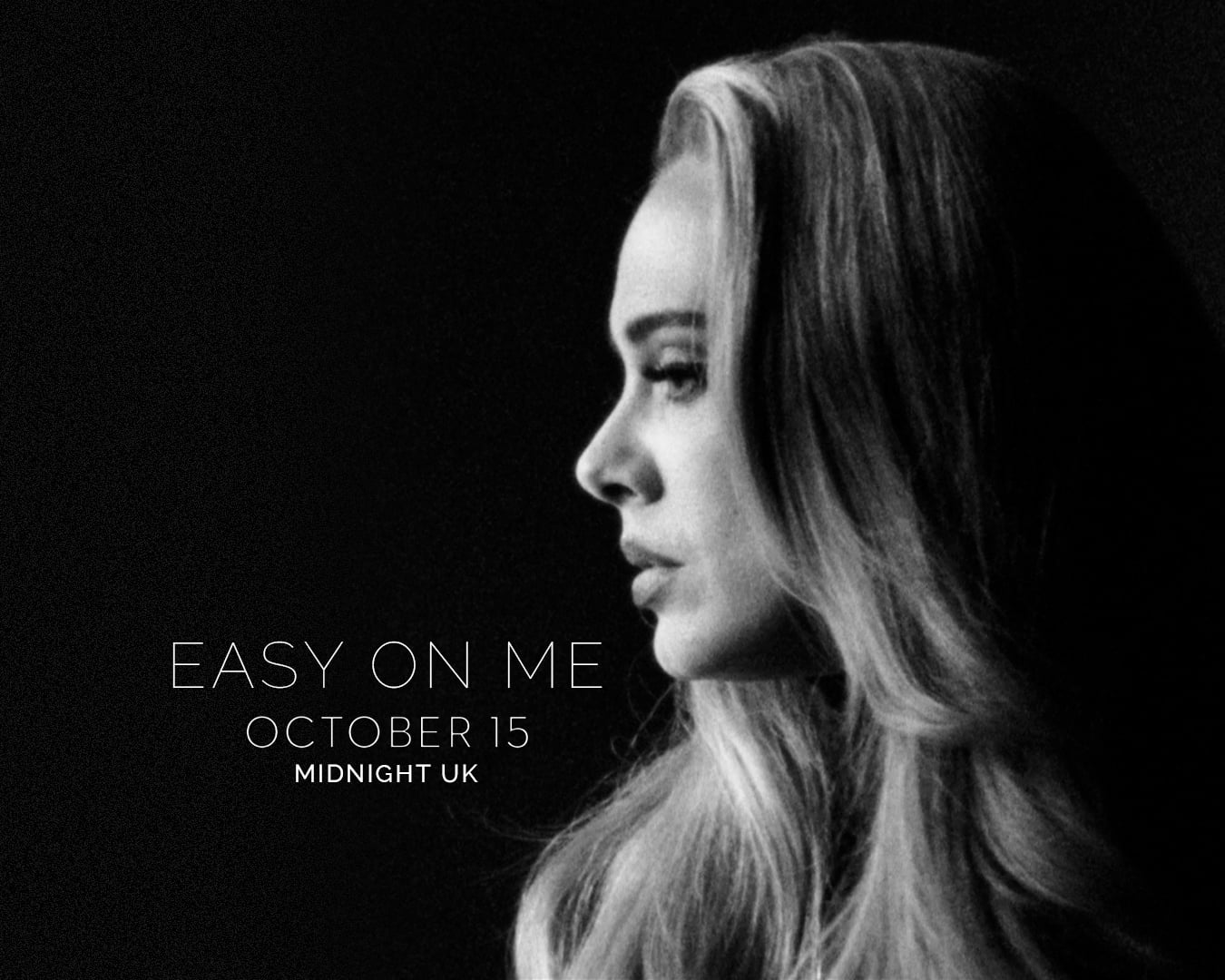 There isn’t a bombastic 'Hello', but I don’t want another song like that.

Adele’s Instagram live gave a glimpse at Easy On Me’s lyrics prior to revealing the full music video on YouTube: “There ain’t no gold in this river, that I’ve been washing my hands in forever / And there is hope in these waters, but I can’t bring myself to swim when I am drowning in this silence. Baby, let me in.”

Her interview with British Vogue indicated that the song is about her childhood (her dad left when she was two and she was raised by her mother), the breakdown of her marriage, intertwined with themes of family, love and abandonment.

This was the first song Adele wrote for the album – coming to her whilst she was singing in the shower in 2018 (not long after she married charity entrepreneur Simon Konecki).

“I assumed it would be about my divorce but it’s kind of not. Well, that song obviously is,” she told British Vogue about Easy On Me.

“I feel like this album is self-destruction, then self-reflection and then sort of self-redemption. But I feel ready. I really want people to hear my side of the story this time”

The record will also serve as a way to explain her divorce to her young son:

“I just felt like I wanted to explain to him, through this record, when he’s in his twenties or thirties, who I am and why I voluntarily chose to dismantle his entire life in the pursuit of my own happiness. It made him really unhappy sometimes. And that’s a real wound for me that I don’t know if I’ll ever be able to heal.”

Adele says she loves her lyrics on this record, telling Vogue that 30 is different from her previous albums.

“I realised that I was the problem, ‘cause all the other albums are like, ‘You did this! You did that! Fuck you! Why can’t you arrive for me?’ Then I was like: Oh, shit, I’m the running theme, actually. Maybe it’s me!” 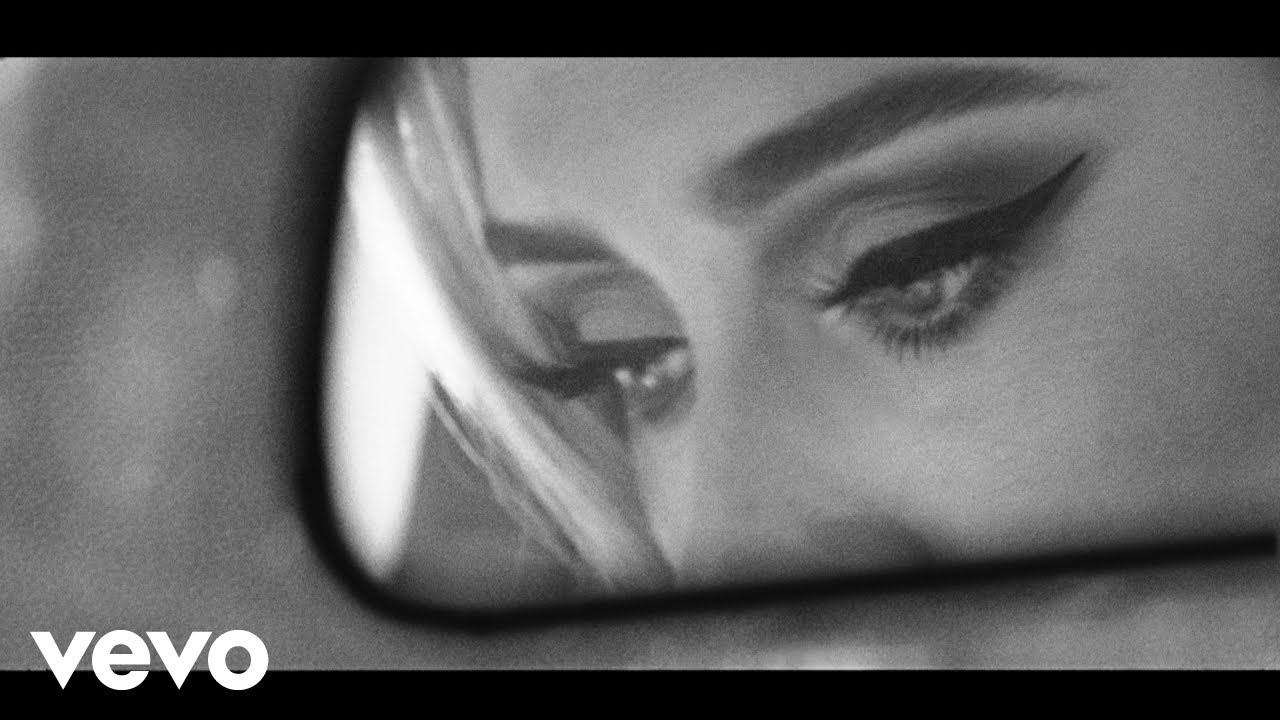 [30] was my ride or die throughout the most turbulent period of my life.

“There isn’t a bombastic Hello,” she told Vogue. “But I don’t want another song like that. That song catapulted me in fame to another level that I don’t want to happen again. I’m not saying I’ve got ‘Hellos in my pocket. I was just conscious that I didn’t want my story on this album to sound like that.”

British Vogue noted that one track on 30 sounded like “the most non-Adele sound yet” – noting her sampled vocals over a hypnotic beat and comparing the sound to Goldfrapp.

Her combined interviews with British and American Vogue also allude to songs sounding Marvin Gaye-esque, one invoking the ‘wall of sound’, and one about her first dating experiences after her divorce.

Also expect snippets of recorded conversations she had with her son about her divorce (recorded on her therapist’s suggestion), a teary voicemail she left for a friend, and voice notes – which she says she was inspired to include by Tyler, the Creator and Skepta.

As with her previous albums, the vocal tracks are original demos: “I never redo my vocals. Never. Never ever.”

Adele told British Vogue that the studio is her safe space:

“I definitely feel like when my life is spiralling out of control I want to be in the studio because no one can get me. I don’t have to deal with any issues, any problems. I think it’s less, ‘My world is falling apart, I need to go and write about it,’ it’s more just my safe space.”

The hype alone for 30 indicates that it’s never a bad time for Adele to release new music, even following a global pandemic. Are we ready to hurt right alongside her? Absofuckinglutely.