Dutch DJ, record producer and remixer Nick van de Wall’s tremendous reputation precedes him no end. Best known as Afrojack, he came in at number seven in DJ Mag’s Top 100 DJ poll this year, and has been using the lockdown period to focus on and revive his once-dormant house and techno alias Kapuchon. Here, the superstar DJ tells us why he’s getting back to his musical roots, why human relationships are so important, and reveals the production techniques through which he has made such a name for himself.

Joining us on a Zoom call recently from his house in Dubai, Nick van de Wall was buzzing to spill the beans on his latest project, into which he has no doubt poured his heart and soul.

When the first European lockdown began, he admits that it took some time to adjust to not being on tour, and to not have the pressure of writing. It provided him a real opportunity to reflect on his entire career and his musical identity, and so the decision to bring back Kapuchon was made.

“Of course it’s a terrible thing that’s happening, but I feel really lucky to have had this chance to change the situation,” says van de Wall. “It’s really pointed me in the direction of being more involved with the team and trying to do bigger, newer, and more innovative things in the future.”

It’s quite clear that van de Wall is no longer concerned with recycling the same formula of success that he’s been so lucky to have, and is keen to take on this new and exciting challenge:

“Getting a Kapuchon set and opening up a stage somewhere - that’s what I’m aiming for now.”

While he has still been enjoying releasing music pressure-free as Afrojack this year, the Kapuchon name has been bubbling under the surface, and van de Wall has been keen to shift the focus onto the deep house side of his musical repertoire.

“Kapuchon is new for all of us, so we’re looking forward to starting new relationships and getting back to a more organic and more human situation,” he explains. “As Afrojack, I’m represented by labels, distribution companies, agents - the list goes on. There’s so many layers between me and the people, but with Kapuchon I’m really noticing that it’s like going back to the roots, back to human relationships and growing together, and I think that makes it really exciting.” 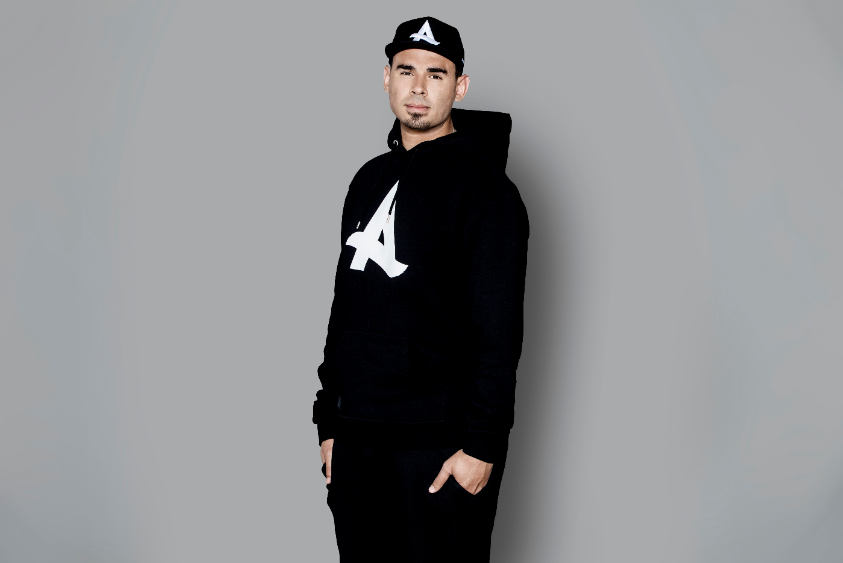 I use Fruity Loops EQs, FL reverbs and the FL compressor - It makes my workflow very quick and I find it hard to produce on anything else.

It has even caused him to change his entire vision about his Afrojack career, and he’s having genuine thoughts about making and releasing music independently again in a bid to get back to the realness and human interaction that he craves.

“I don’t want to be part of a deal anymore,” he reveals. “I think now is a great time for everyone to reassess who they are, how they represent themselves, and just go for it.

“I honestly think this break, even though it’s hurting a lot of people financially, especially the up and coming DJs, is a really healthy reassessment for the industry. When parties start up again, maybe we’re not gonna make as much money as we used to, but I think the passion is going to be at an all-time high.”

Speaking of passion, in September van de Wall tied the knot at Lake Como, and what was meant to be a formal sit-down dinner quickly turned into an entire night of dancing from his guests who, like most, are missing being able to party - certainly something that must have been fun to see.

Riding this emotional high, Kapuchon has now been fully reactivated with 10 Years Later, a brand new single that van de Wall released in November via the newly launched Kapuchon Records. The inspiration for the track’s name is simple - it is the first song that he has released under the Kapuchon name for around 10 years.

“When I started DJing before, and even when I started Afrojack back in 2007, I was always in the warm-up slot,” he explains. “I was playing in the genres of techno and deep house from the get-go, so I was always warming up at 123/124 BPM playing alongside techno DJs because it was fun, and it was nice to be able to play my own music even when warming up.”

It was not long after Afrojack was playing his first sets that the dance music scene exploded on a commercial level, and in 2010 he went to Las Vegas, “where there was champagne everywhere and celebrities - and the next thing I was on a golf cart with Lil Jon,” he remembers, humorously. 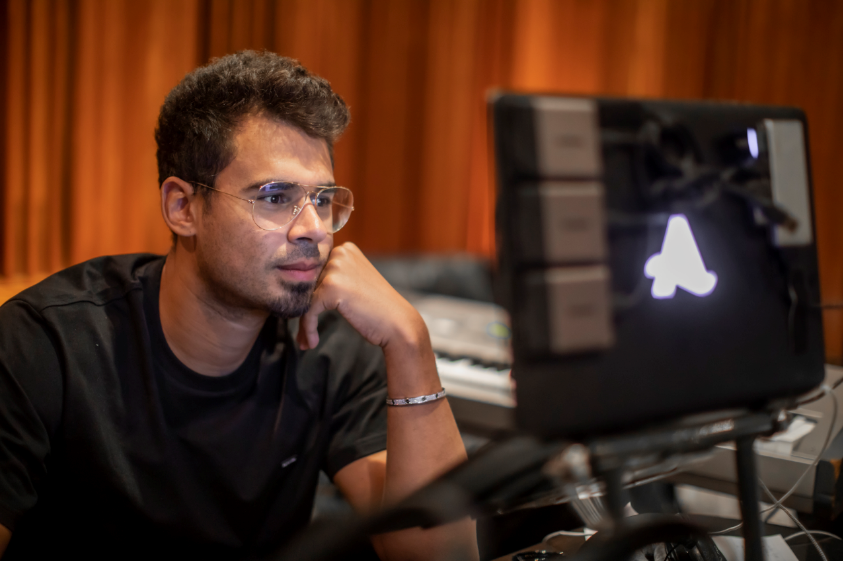 The following year, van de Wall shared a Grammy win with fellow dance music icon David Guetta for their percolating remix of Madonna’s Revolver, and was nominated for two more in 2012.

“I’d never been able to really pay attention to it until about two or three years ago when I started actually making the music again,” he says. “The music’s been coming, but I never really had the time to properly release it or set up the label. I’ve been so distracted with touring, and you constantly get pressured to pay attention to what is important in terms of what’s going to make people money - having this time has been really great for me to pay attention to the important things which get forgotten sometimes.”

While his production has come on leaps and bounds in the last decade, it’s interesting to see van de Wall putting this into practice with a new moniker, and moving in a different musical direction.

“I see other DJs also making deep aliases, but for me when I’m doing house and techno I’m thinking DJ D, Eats Everything, Daft Punk’s essential mix - the aggressive stuff. All the music I make always needs to have that ghetto feel; it’s never got to have a plastic perfect sidechain or EQ, I want that shit to feel raw and I want to make people do the ‘oohh’ face when they hear one of my tracks in the club and the bassline comes in [he says as he pulls his best bass face for us]. With Kapuchon, everything needs to be like that.”

Van de Wall makes it clear that he doesn’t want Kapuchon to be just another alias, and instead wants it to serve as a reminder to stick to his roots and the important relationships that have shaped his musical vision.

“The idea with Kapuchon Records is to release anything I think is cool, so we’re not going to be dependent on Spotify playlists or on Beatport success. That is not the definition of success. The definition of success is being able to enjoy music together. Kapuchon is purely about the music
and the relationships. It’s not about the promotion of my deep house side - it’s about the promotion of the incredible feeling we get from attending house events.”

“With house, all the communication is in the music,” he continues. “The language of music is the only language which completely abolishes the need for words, which I think makes it so beautiful, and that’s why I think such special emotions and relationships come out of enjoying house or techno music together. When you do an EDM set, and there’s an MC, you’re playing pop records in between - it’s more about trying to create a very entertaining show, but you’re not gonna get the spiritual connection that you get from one hour of straight music with no vocals.” 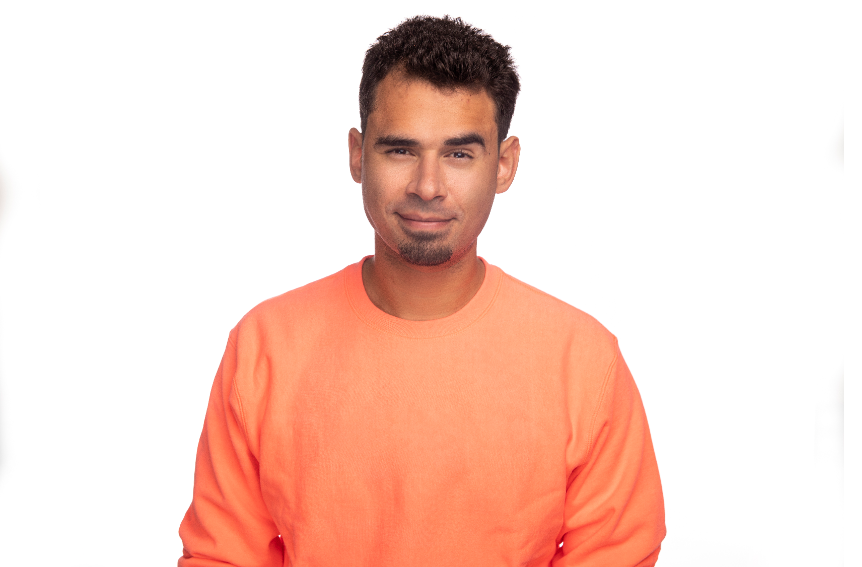 While van de Wall’s connection with house and techno remains deep rooted, Kapuchon clearly lies at the very heart of that. Listening to tracks like Syndicate of Law‘s Right On Time and Benny Benassi’s Satisfaction is what got him into house music in the first place, “and seeing that music being enjoyed by people that would never normally have fun together, like different social layers, different races, different ages, all being brought together just through music.”

Before the days of YouTube tutorials, Van de Wall learned how to produce records and perfect the technical aspect of his craft by reading online forums. The more he grew into performing, and saw people’s reactions to what he was playing, the more he learned that “it’s not about what equaliser you use, or what reverb you use, or what compressor - it’s that it sounds good. And that you make sure that your low end is tight. You have to sidechain your low end or make sure that the bassline is a certain level and the kick is at a certain level. It’s just all about the frequencies.

“Now when I open my projects, there’s nothing on the master - just the limiter. Everything else is just lots of EQing. I’m using the FabFilter Pro-Q 3 at the moment because it’s very simple, with a handy external sidechain capability.”

Staying true to his ethos of keeping it simple, van de Wall is a big user of FL Studio: “99 out of the 100 times when I start a track, and I start importing stuff just to get creative, I use Fruity Loops EQs, FL reverbs and the FL compressor,” he explains. “It doesn’t matter what brand the equaliser is - it’s about how you use it, and it makes my workflow very quick. I find it hard to produce on anything else. It’s like if you’re used to driving an Audi and you’re used to all the buttons, and then you switch to a BMW and you have no idea what’s going on.

“My music isn’t super technical. There’s many, many people that are way better than me at that, and I appreciate them, and it’s fun, but I have more fun making stuff that gets a reaction out of people.”