Alexx Cloud: The Rise of a Latin Rap Star

Spanish and Turkish rapper, singer, and producer Alexx Cloud from Santa Fe, New Mexico has been making some big moves in the music scene recently. Here he talks about the challenges of being an independent artist, how he’s developed his sound, and the plans in store for his first headline show this summer.

Joining Headliner on a Zoom call from Florida’s Treasure Coast – which he nowadays calls home – Alexx Cloud is perked up and excited to discuss his path to being a musical artist. He initially reveals that he moved to his current location in 2016, which ended up being one of the best decisions of his life.

When he was growing up, his family moved to Switzerland for a period of time, serving as a catalyst for the young Cloud to discover his love for music and songwriting.

“My songs were horrible back then,” he begins with a chuckle in his voice. “But writing them gave me the tools that I needed in order to be where I am today. I actually ended up dropping out of high school; when I was around 19 years old I just went balls to the wall with my music pursuing it full time, and it ended up being something special.”

Aim For The Moon is technically Cloud’s fourth album project, although you’ll only find his last two albums on streaming platforms: “I recently took my first two down, just to make some space as things were getting a little cluttered,” he says. 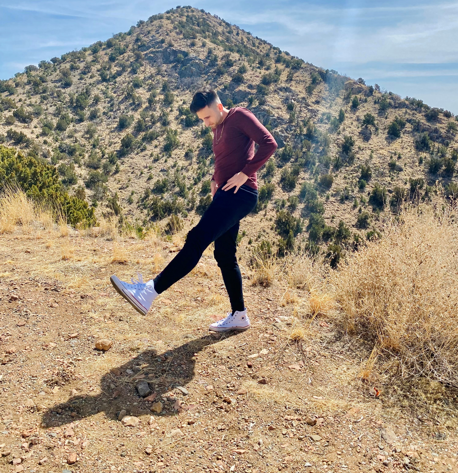 And while he has typically been known for his superior lyricism and finesse as a rapper, Cloud reveals that he decided to experiment with more poppy melodies on Aim For The Moon.

“The record is a bit of a hybrid, and in the process I found out that I enjoy making pop music,” he continues. “It’s my biggest project to date and it’s seen really good results, something like 100,000 streams in the first week; it’s not a lot in the bigger scheme of things, but for where I’m at as an independent artist, it means everything.”

As with many others making their own way, Cloud describes being an independent artist as liberating, but tough:

“I’ve got a couple of good friends who make up a nice little street team, but at the end of the day, I’m doing everything: marketing, producing, being the artist, setting up shows. It’s a little exhausting, but I’ve made it work my whole life so I’m not gonna complain now!”

When it comes to the production of his music, Cloud tries to be as hands-on as possible, and is constantly vying to make his songs a collaborative effort.

Doing everything myself is a little exhausting, but I’ve made it work my whole life so I’m not gonna complain now!

“I did Aim For The Moon with Frank Favetta [Boys II Men, David Guetta], who is the best engineer I’ve ever worked with,” he explains. “We’ve been doing this for six years together now, so it just comes as second nature. When I step up to the microphone to record, he knows what to do. Recently I’ve been diving deeper into the music production side of things, telling him where I want things to go and how I want them to sound, and then he puts his own twist on things.

“Usually, nine times out of 10, the beat that I write to doesn’t end up being the beat that we use, because when I put my lyrics that I wrote to a different beat onto a new one, it gives me the freedom to stretch my words, or put them in different places, or play with their cadence. Sometimes I’ll write a line that ends up being in the middle of the song, so I’ll work up and down from that starting point. Some people trip out when they find out how I write – almost in reverse – but it works for me.”

Despite never having actually sang on a track until quite recently, Cloud recognised that hip-hop in the US was changing, encompassing melodic autotune, more accessible lyrics, and poppier elements.

“One day I was just in the studio, and I told my engineer to just press record. We made something crazy that ended up being the song Hallucinations on this latest album. We decided to go with that particular style, going through beats together for about five hours to find the right vibe.” 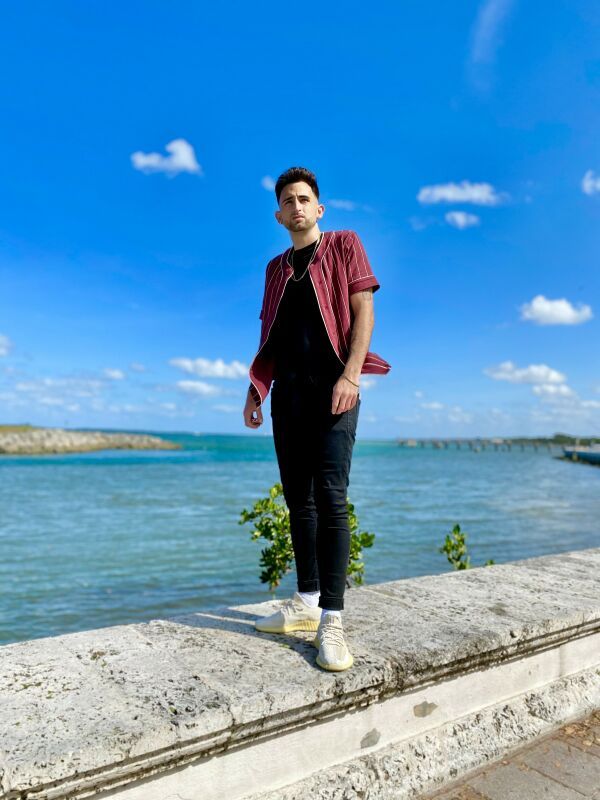 When it comes to collaborating with others, Cloud is also very much open-minded:

“I love my people, and I love my artists back home,” he says. “They’re the people who I really started with and grew up with, so when it comes to the local scene, I will always support and share ideas with them. Since I started diving into the mainstream and working with those kinds of artists, it’s been absolutely crazy, and definitely game-changing for me.”

This August, Cloud is looking to headline a show back in his hometown of Santa Fe, New Mexico, “and I know we can sell that out,” he tells Headliner with unabashed confidence. This is quite clearly an artist who knows what he wants, and is prepared to focus the entirety of his efforts into achieving his goals.

“Right now that’s what I’m putting all my energy into,” he confirms. “I just want to create a crazy show environment and make it one of the biggest, best shows to come to the city. I’ve pushed the date back something like six times, so my main goal is to make sure that this show is flawless.

“I’ve also got this other project that I’m working on… I can’t say the name yet, but I do have two major industry artists on it – like big time names – so I’m really excited about that.”