Alfie Templeman and Amazon Music have collaborated to create the world of Mellow Moon inside the hugely popular immersive game, Minecraft.

Mellow Moon Minecraft Festival launched last week, celebrating Templeman’s upcoming album of the same name - out this Friday 27 May on Chess Club/AWAL. Virtual performances began on Thursday 19 May with sets from Alfie, plus Everything Everything, L'objectif, Matilda Mann, SIRUP, Todd Rundgren, Coach Party, Thomas Headon, Pixey, and The Vaccines.

The festival was also livestreamed on the Amazon Music UK Twitch channel.

Templeman joined Amazon Music’s developing artist programme, Breakthrough, in 2021 and the creation of the Mellow Moon Minecraft world is an example of how emerging artists can be supported on the programme.

The world of Mellow Moon was created alongside Varuna Builds, a Minecraft specialist agency who utilise the gaming world for education and entertainment, Chess Club and AWAL. 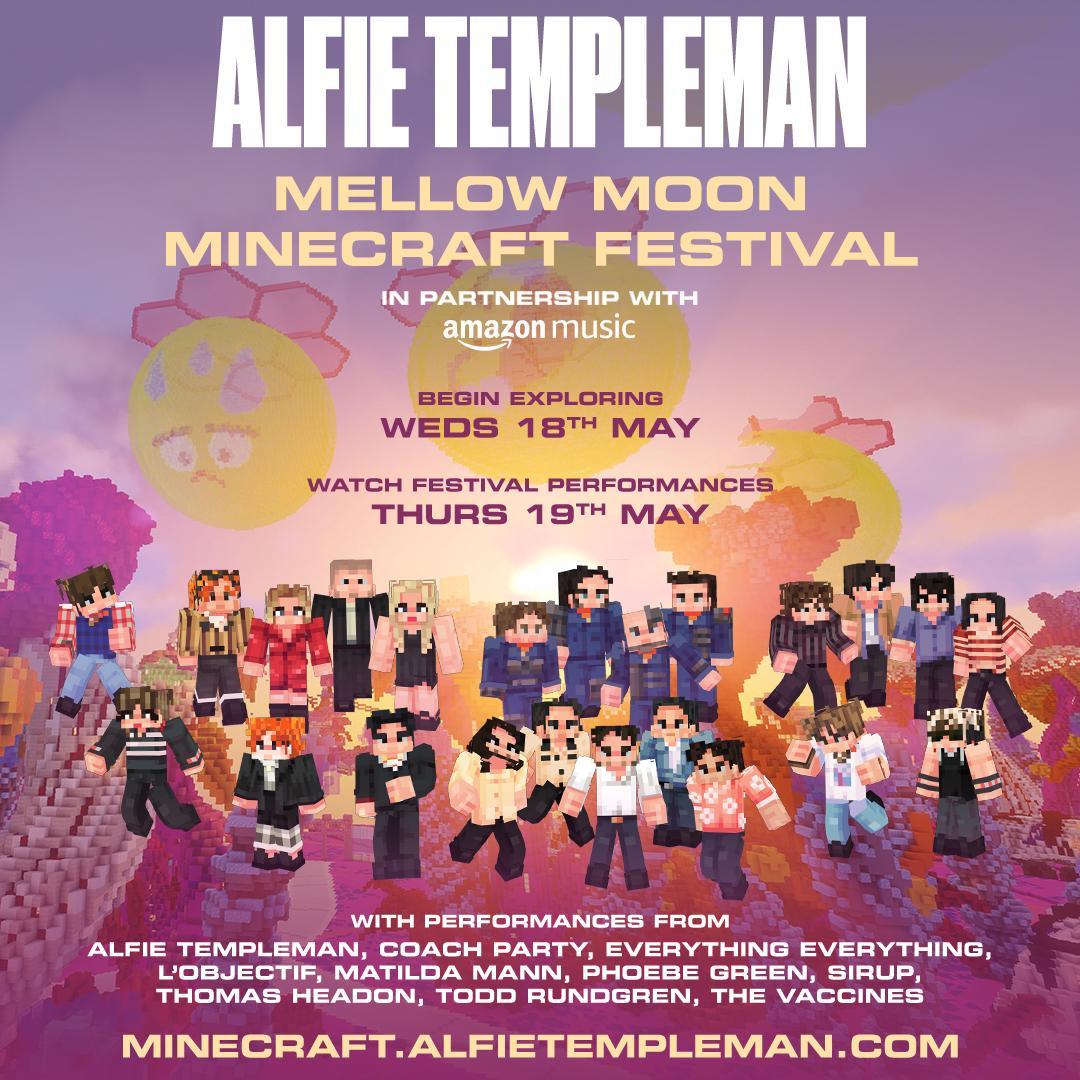 As well as the festival, the world includes a host of other exciting things for people to do, including scavenger hunts to unlock exclusive music previews and in-game collectibles. Plus, they'll be able to pre-order Templeman’s debut album, Mellow Moon, win real world items including Amazon Echo Studio speakers, 12-month Amazon Music subscriptions and exclusive Alfie Templeman merchandise.

Templeman said of the activation; “Thanks so much to Mitch and the whole team at Amazon Music for creating a Mellow Moon universe in Minecraft. I’ve been playing Minecraft for years so it’s amazing to see my album alive and kicking in that world and incredible that some of my favourite artists are going to join me in playing this festival - I can’t wait for everyone else to see this now!”

Templeman's break came aged just 14, as he self-released a trio of EPs which caught the attention of Chess Club Records. Now, with a further four EPs under his belt, plus his debut mini-album Forever Isn't Long Enough, the wunderkind is on the cusp of releasing his debut full length Mellow Moon before heading out on a huge run of festivals in the UK and abroad this summer.

Read Headliner's exclusive interview with Templeman, in which he talks about Forever Isn’t Long Enough, here.