As Alicia Keys’ personal recording engineer, head of music, business partner and close friend, Ann Mincieli is proudly affiliated with one of the most successful R&B acts of all time. After recently taking home her third Grammy Award for “Best Immersive Audio Album” for her work on ALICIA – currently available for streaming in Sony’s 360 Reality Audio – she caught up with Headliner to reveal what it’s truly like working with the girl on fire…

It was at the 47th Grammy Awards when Mincieli earned her first Grammy for The Diary Of Alicia Keys (Best R&B Album), and subsequently her second for Keys’ fifth studio album, the now iconic Girl On Fire, but does this third win feel particularly special?

“It does, because there’s not many females that have won a Grammy for engineering and producing,” she rightly points out. “So my goal is to win my next award for songwriting.”

It is in fact through songwriting how Mincieli first got her start in music, playing guitar and bass and writing songs in a band. However after being introduced to the studio world at the age of 16, she immediately discovered her calling: “I realised that the studio is the hidden hub where everyone meets, making it a great place to learn every aspect of the industry.” 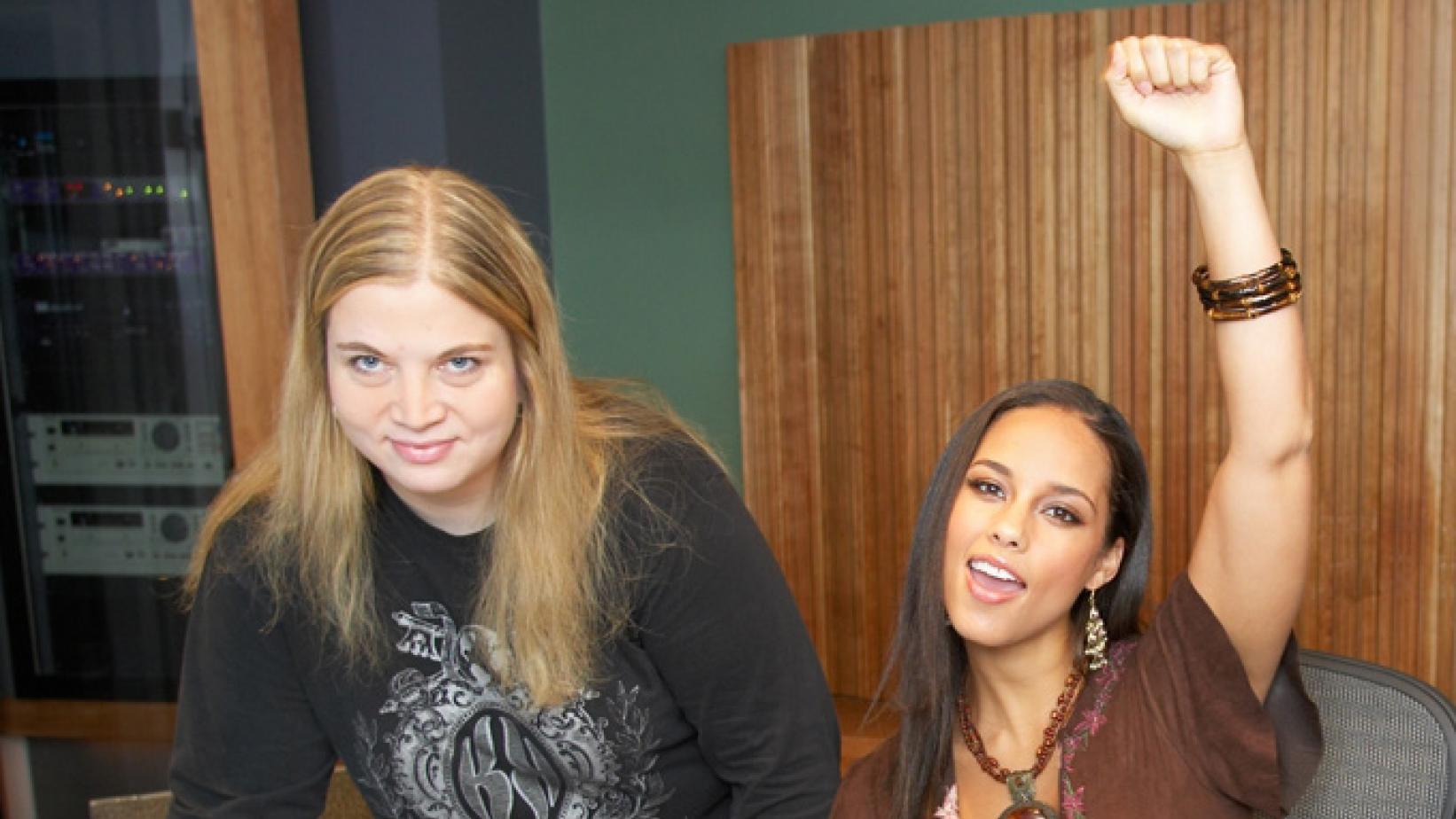 Since then, Mincieli has worked with a whole range of A-list artists including Jay-Z, Mariah Carey, Usher, Drake, Jennifer Hudson and Whitney Houston, yet it was relatively early on in her career – around 1998 – when she first met Alicia Keys at Quad Recording Studios in Manhattan.

“Most people don’t know that she signed a publishing deal at the age of 13,” Mincieli reveals. “Back in the ‘90s, artists like Alicia and Beyonce were on the back burner being developed by these labels, because at the time the industry was a little older, and you had these two very young artists coming up.

Reflecting further on her three decades in the industry, Mincieli says she is proud to have gone through the twists and turns of music technology, referring to hers and Alicia’s approach as “retrofuturistic”.

“It’s live drums over programmed drums,” she continues. “Alicia has a huge keyboard satellite rig. We run two Pro Tools units; she has her own with her Native Instruments piano plugin and all her virtual synths, and at the same time we have our Moogs and Dave Smith keyboards and Mellotrons all in a big circle, all coming up through the desk. I constantly route them into Pro Tools because I never know what’s going to inspire her – so I have to be recording everything all the time.” 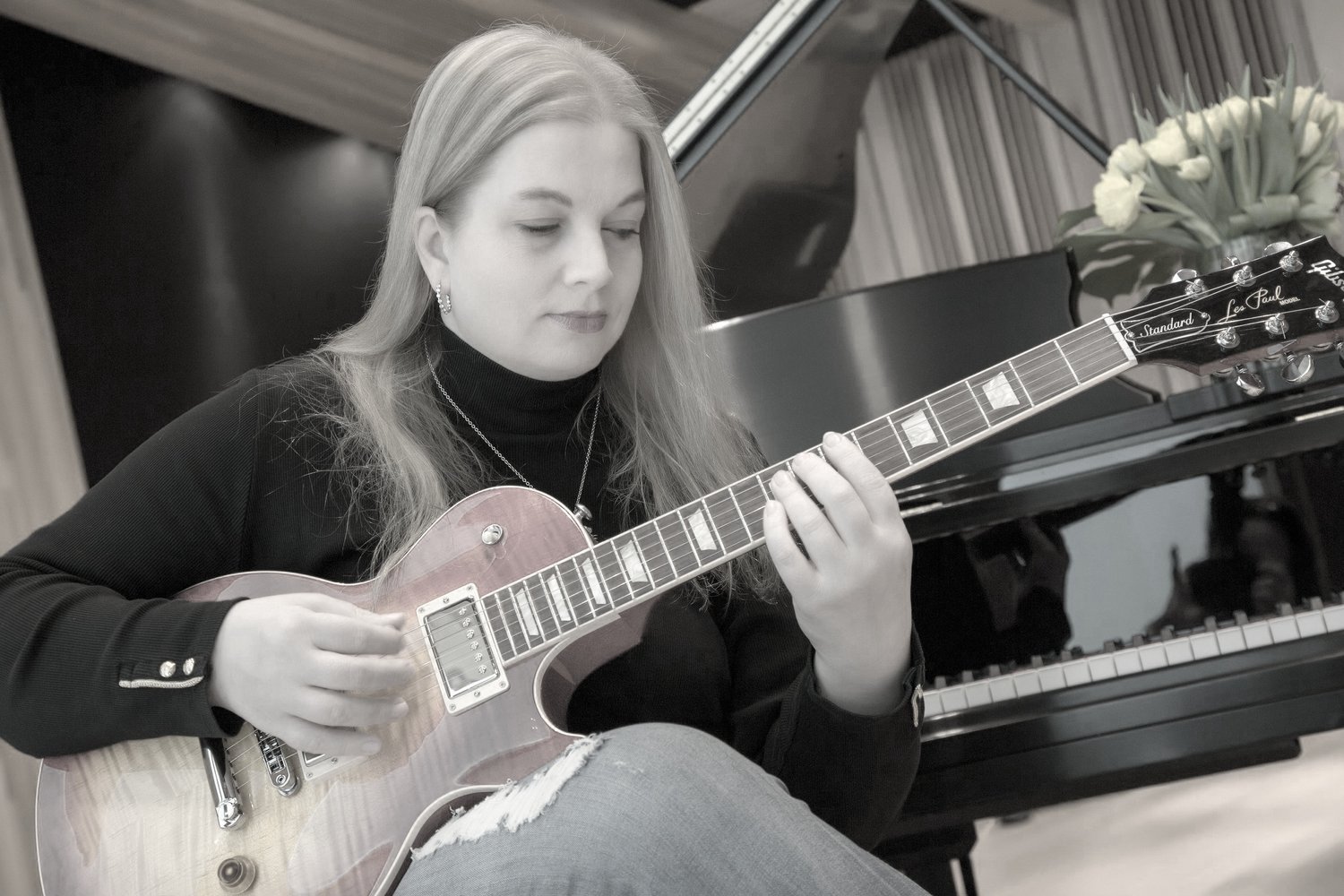 For Mincieli, who has built up a neat collection of outboard gear over the course of her career, a song idea always starts with a blank piece of paper:

“I own 50 guitars, 12 vintage drum kits, about 50 snare drums, 100 cymbals, every mic pre you can think of from V76s to Focusrite Reds, and they all are designed differently, right? They’re crayons in a crayon box. We paint the picture going into our DAW (which is Pro Tools); we have Neve 2254 compressors and 1176 distressors all used on Alicia’s vocals, depending on what type of song and the type of microphone we’re using. She loves sonics, and the sonic character differs from song to song and album to album.”

As fans will know, Keys’ songs are often linchpinned by an abundance of organic instrumentation, careful arrangement, and musicality that evolves as each song progresses:

“I love to break out my guitars when we’re recording,” Mincieli adds. “A lot of times she’ll challenge the players that come in; she’s not copying and pasting the chorus – you’re gonna play that chorus, even if it’s the same part over and over, because it’s that human element that we love. We study sounds from the ‘60s and ‘70s, from The Pointer Sisters to Aretha Franklin to Fleetwood Mac. In a way, we’re stuck in that sonic, and we try to recreate those concepts and bring them to life in the music we make today.”

When they first started working together, the type of engineer Mincieli wanted to be reflected the type of producer Keys sought to be, and vice versa. Keys was keen to get hold of the latest gear, and always had some iteration or variation of a studio to retreat to, whether that be in her Harlem apartment, her house in Queens, or elsewhere.

ALICIA LOVES THE STUDIO PROCESS, AND SHE REALLY ALLOWS ME TO BE A PART OF THE SONIC AND THE DECISIONS.

“We went from basements to baseball fields together,” says Mincieli with a smile. “We’ve sought out all the big studios around the world, whether we’re working in Bath, England, or in Jamaica, Alicia loves the studio process and truly understands it. It’s a great collaboration, and she really allows me to be a part of the sonic and the decisions.

“Obviously I cut my teeth in the studio world, but the fact that I can work these broadcast events and do tour, I feel like I’m hitting almost every aspect of the music and live show component now.”

So with Keys’ artistry perfected to a tee, why did it make sense to go down the immersive route with her latest record? For five years now, Mincieli has been actively involved on several committees for immersive audio technologies, helping to develop the latest innovations and push them out to consumers:

“We wanted to experiment with it,” she says. “We mixed the Dolby Atmos version, and signed a deal with Sony to adopt their 360 Reality Audio technology, so it lined up really well with the album. We actually went back and remixed our entire catalogue, but this new record was exciting because the technology was new and we wanted to make it a hybrid, experimenting with depth, space, imaging, panning and the ability to have objects.

“The aim was to make the immersive mix sound completely different. We wanted to pan the guitars on Show Me Love, use some delay throws and really get things moving around. We didn’t use stems, so we dug into our raw files and remixed everything as a separate mix, which was really exciting. We love technology, so it was right up Alicia’s alley to really dive in, and she embraced it. We need more artists to be on deck, because it’s their art at the end of the day. The more they can feel good with the product, the more it’s going to succeed. I believe we beat 600 other albums to get this one.” 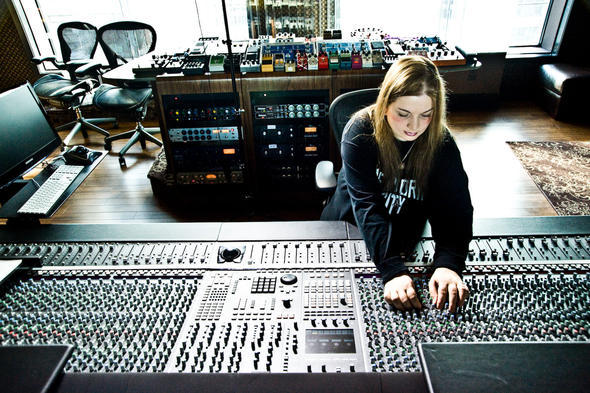 What’s also intriguing is that Mincieli was instrumental in the building of Jungle City Studios in Manhattan, where ALICIA was primarily recorded and where Keys has her private studio. Mincieli says she wanted to design an inspirational place that was a destination-type studio, and that’s exactly what she did – Jungle City has welcomed some huge names through its doors over the years, including Depeche Mode, who recorded their last two albums within its walls.

“I did it at a time when streaming was taking over, the industry wasn’t making money, and people really thought that I was taking a crazy risk,” she reflects. “I did the research, and I realised that artists needed a playground and a community. I feel like Jungle has led the way into this second wave of new, updated studios that have come about. Some of the labels are building studios now, and we seem to be going back to how it all started back in the day.”

To this end, Mincieli has also been heavily involved in a new initiative started by Sony Music’s Rob Stringer to build professional recording studios in a number of different territories, five of which she helped build during the pandemic. If that isn’t testament to the studio world being alive and well, then Headliner doesn’t know what is.

“I’m also working on events for She Is The Music – an organisation that Alicia and myself fund to help the next generation of women in music,” Mincieli concludes. “On the engineering side, I’m mixing Alicia’s new double album called KEYS, which will also be in immersive, and we’ll have even more new music out soon. Between now and December you’ll see a lot of music from us, so stay tuned. She’s kind of like Prince – she just works 24/7!”