Amanda Frances on Nashville, honest songwriting and her debut EP

Originating from Toronto, indie synth pop artist Amanda Frances and her blending of soothing melodies, dreamy vocals, and sometimes-a-little-too-honest lyrics has seen her build an impressive following during lockdown. Here, the rising singer-songwriter tells Headliner about her musical journey so far, and reveals what we can expect from her upcoming EP…

The last two years have proved to be a particularly interesting time creatively for the likes of Frances, who has used her new found extra time to focus on writing and recording new projects. In April 2021, she released a track called Cute, the first single from an as yet untitled EP due for a release later this year.

“Oh gosh, Cute is just so raw,” says Frances with a slight air of irony. “And it's honest; it's probably the most honest thing I've ever done in my entire life. That's something that's become very important to me as a songwriter.”

The track chronicles a messy relationship that Frances was involved with, which culminated in an equally as messy trip to Mexico. 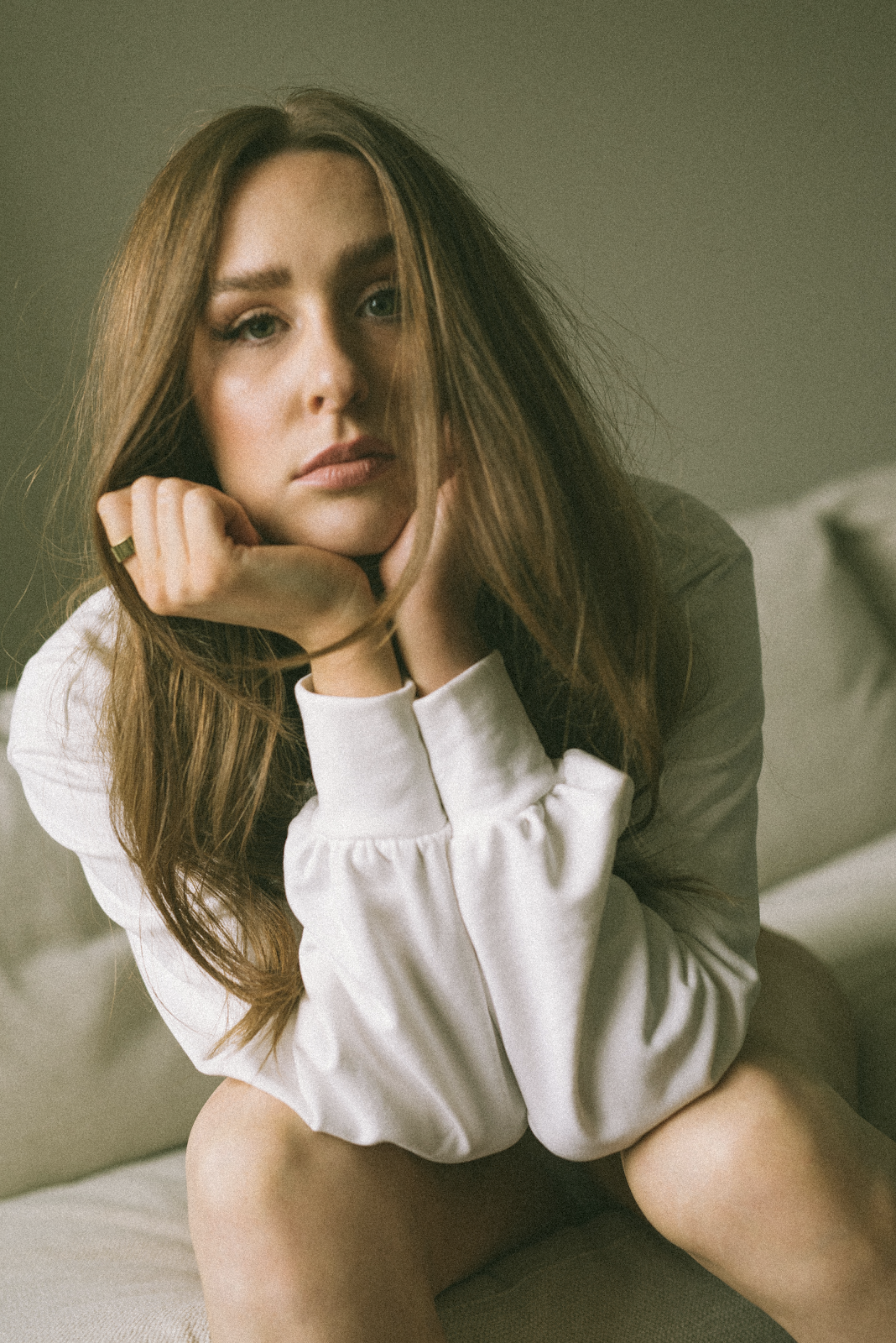 “Cute is about a turning point in my life where I had this relationship ending and it was a very tumultuous one,” she explains. “It was a time when I started to learn what love was and what it wasn't, and what it should be and shouldn't be, and bettering myself through therapy to get over that situation.

The second track from Frances’ upcoming debut EP, Say That – a collaboration with A-SHO that combines melodic guitars and 80s synths with spirited lyrics to create a romantic summer soundtrack – saw a July 2021 release, and Frances tells Headliner that we’ll be able to catch a similar vibe from the other songs on the record.

“The thing that very much ties all of my music together is this almost-a-little-bit-too-honest songwriting. It’s something I've always prized as an artist, and from looking at other artists and those whose songwriting I admire,” she admits. “I've always been a big fan of people like Julia Michaels, the kind of songwriter who really makes you feel as though you're sitting in that moment as everything's happening.

“So all of my songs definitely have that similar theme to them,” Frances continues. “I'm actually working with one producer on the whole album –– his name is Father Bobby Townsend, and he's amazing. For the most part, the lyrics especially are just the things coming from my head. I have a plethora of messy relationships from throughout my lifetime that I can draw from for years, so we're good! It’s been interesting, because this is the first time that I've ever cut my own vocals and got involved in the production side. Father Bobby Townsend is in Edmonton, so we produced all of the songs over a series of Zoom calls [somewhat of a new normal during the Covid era]. But it's kind of cool to see the rhythm that we've been able to get into with that.”

This is probably the first time in my career where I most feel like I've found my sound.

Many of Frances’ early songwriting projects were in fact country songs. Unsurprisingly, it was immersing herself in Nashville’s burgeoning music community that led to her discovering and honing her writing skills.

“I think that's why you see the detailed storylines creeping into my music,” she acknowledges. “I definitely still have that now. It’s like, you can take the southern out of the girl, but you can’t take the girl out of the southern, or whatever the saying is!

“It was a very serendipitous series of events for me. I had just graduated from Queen's University in Kingston, Ontario, and I knew that I wanted to pursue music full time. I had absolutely no idea how I was going to go about doing so however. I was working in a restaurant at the time, and through a very weird series of events I ended up meeting another country artist; we had both heard of each other and he said he liked my stuff. He told me that he had some contacts down in Nashville who I could go to write and record with, because at the time I was actually playing as part of a pop country project. Two weeks later I was on a plane down there and I was introduced to a bunch of cool people. Oddly enough, there's actually a huge Canadian community down in Nashville too, and so that was a really great stepping stone for me to be able to meet more writers and to get a little bit more ingrained in the community there. And honestly, one of my favorite experiences in my entire life is spending time in Nashville, because it's such an incredible city, and it has really, really good food!”

Frances reflects that one of the hardest things to learn as a musical artist is that there is sometimes a stark difference between the music you like, and the music you make. One of the biggest hurdles she was faced with as a new songwriter was accepting things about herself and her writing style that were different from the music she was actually listening to, and figuring out how to get to a point where she also liked that about herself. 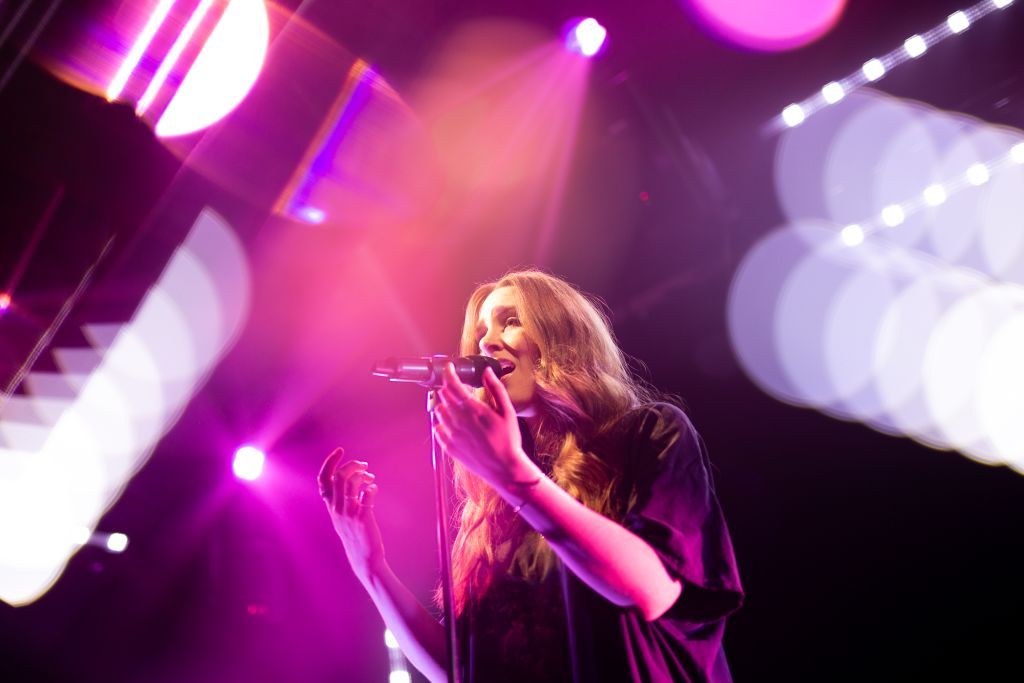 “But for this new project, honestly, this is probably the first time in my career where I most feel like I've found my sound,” she reveals. “In the Nashville community, the thing down there is co-writing. In most genres these days, I find a lot of people are big on collaborations, but I actually prefer writing my own music by myself most of the time. And that was kind of a weird thing to accept, and to be okay with, because a lot of the time in the music community you're told that collaborations are the best way forward.

“But then you have artists like Billie Eilish and Finneas who wrote and recorded almost all of her music in his bedroom, so all of a sudden that kind of becomes accepted in the mainstream, and you start to open your mind to ‘oh, maybe that's okay that I do things a little bit differently to the norm sometimes.’”

So with a debut EP in the works and a whole archive of lyrical material ready to go, has Frances had time to think about what her show might look like once live events return in full force?

“100 percent,” she responds eagerly. “I will literally tackle-hug the first person that hands me a microphone after this is all over. That's actually been one of the weirdest things for me, because throughout my career as an artist I've done a tonne of live performing and it’s been a huge part of my artistry, and one of the things that I love most. So that's been an odd thing to not do as much of. I've done a little bit of live streaming here and there and we've also been focusing on a lot more video content as we wait for everything to open up here in Canada. It’s OK though, because it’s given me some time to put my live set together for the new album and everything. And then hopefully, by the time the summer rolls around, I'll be dancing on stages again.”

Listen to the full interview with Amanda Frances on Headliner Radio below: