Amelia Warner on accidentally becoming a singer & composer: "It was never the intention or plan!"

A professional actress who became a fully-fledged film composer with no plans to do so: composer Amelia Warner’s story is a fascinating one. While working in front of the camera, she made music in her free time, which, via the strong encouragement of her friends, became the singer-songwriter project, Slow Moving Millie. After landing a song placement in the hugely competitive John Lewis Christmas advert slot, her newly found arrangement skills eventually led to her working on such films as Mum’s List and Mary Shelley. Headliner talks to Warner about working on her first period romcom, Mr Malcolm’s List.

Born in Birkenhead, Merseyside, Warner began breaking into the film and TV industry as an actor at the turn of the millennium with roles for the BBC, on the big screen and on stage at the Royal Court theatre in London.

But the fact she was spending most of her free time making music seemed to be an indicator of something bigger, at least to her friends who felt she should take music more seriously.

“When I was about 16 I was incredibly lucky and had the opportunity to have an agent and audition for things,” Warner says.

“Music had always been a huge passion and my favourite thing, but I found studying it at school really off-putting; I struggled with all the formal learning of it and the theory. But after a few years of acting professionally, I knew it wouldn’t be the right fit for me, even though I did love being part of films and being on set.” 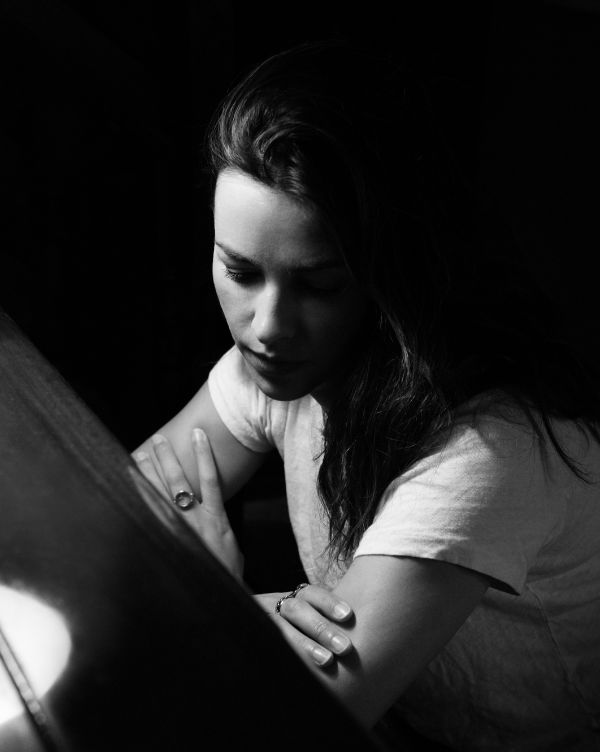 After a few years of acting, I knew it wouldn’t be the right fit for me.

And so an incredible opportunity arose out of Warner “just writing some songs and playing some gigs”, and she went on to write the music for a couple of short films and some commercials, too.

“I was then asked to demo an arrangement of Please, Please, Please, Let Me Get What I Want by The Smiths, which was all completely top secret as it was for the John Lewis Christmas advert. I’d just made that demo for somebody else, but next thing, my original demo was used in a major advert and suddenly I’m a singer. Which was never the intention or the plan!”

Neither was becoming an in-demand, full-time film composer part of some five-year plan either. Warner moved from her singer-songwriter music under the pseudonym Slow Moving Millie to releasing two EPs under her own name, and some of the beautiful piano music in 2018’s Visitors made its way to the ears of Mum’s List director, Niall Johnson.

“Niall was listening to Visitors because one of my dearest friends, Rafe Spall, was in the film. He was playing some of the music and Niall said he loved it. Initially, he just wanted to licence Eve from the EP for the film, but then when we met I asked who was scoring the film, which led to a conversation about me writing more music for the film in a similar vein.”

And there you have it, Warner had reinvented herself from a working actor into a singer-songwriter and then evolving once again into a composer.

I’d made a demo for somebody else, but next thing, my original demo was used in a major advert and suddenly I’m a singer!

Warner has extended her film repertoire even further this year with period drama Mr Malcolm’s List, with an all-star female team behind it including director Emma Holly Jones, screenplay by Suzanne Allain (who wrote the book upon which it is based), editing by Kate Hickey, and an all-female team of producers.

“The performances are just brilliant,” Warner says. “They've really brought it to life. The script was great. But when I saw the first cut, it felt like the film was jumping off the screen with their performances, they were all so funny and unique.”

Warner wasn’t keen to write twee music that was completely authentic to 1800s England. In fact, she was “really honest with Emma (Holly Jones) from the beginning in saying that, ‘If you want a really traditional period-appropriate score, even a Regency-era score, I'm not the person because I'm not classically trained. But I can do a take on it’. And she was quite happy with that. Emma wanted something that felt like it fit and worked within that period, but also felt slightly fresher and more contemporary.” 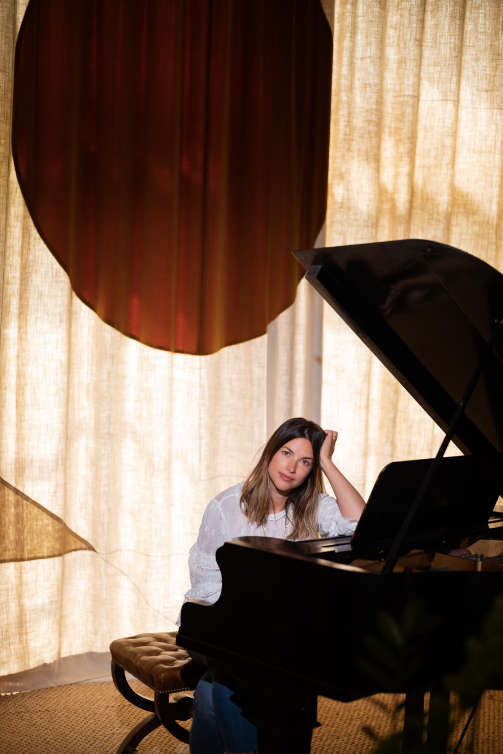 So with a small dash of modern sensibility, Warner went about achieving this by letting the woodwinds come forward on this particular score: clarinets, flutes, bassoons and even the piccolo are given their chance to shine in the movie with stunning results.

“I'm a big fan of woodwind,” she says. “I tend to use it quite a lot anyway. It's quite fun to try something different to relying on the strings and seeing if something else could work. When I saw the first cut with Zawe (Ashton)’s performance, she was so funny, and she had this really funny physicality.

"I felt it had to be flute for her – lots of trills and these persistent little piccolo notes repeating, because she's just nonstop as a character.”

For her upcoming career, Warner is combining gratitude for every opportunity she’s had so far, while keeping the ambition to work on a variety of projects.

“I feel really happy to see where it all goes,” she concludes. “I feel incredibly lucky that the films I've worked on are the kind of films I really like to watch. But I’m also excited about doing something that maybe feels a bit darker, and that I could have fun with maybe more electronic elements and try some darker stuff.

"I love the idea of doing a TV show where I’d get to take the themes and keep them going with them, developing them and adding layers to them. That’s something that really excites me.”