Betto is a world-renowned DJ and music producer who has earned himself an international following by bringing together different kinds of house music as well as rock and pop classics to create a unique style of dance music.

Striking the perfect balance between old and new, Betto brings a feel-good young beat to 70’s, 80’s and 90’s classics with an innovative and refreshing slant. His distinctive style appeals to all and both his covers, remixes and original tracks have become iconic amongst his diverse following.

As a DJ, Betto’s skill at keeping the dance floor busy, from start to finish, comes from his own passion for bringing people together from all backgrounds, nationalities and generations, making him the DJ of choice for different private events and clubs world-wide.

Originally from Brazil, Betto arrived in Europe in 2014 to take up a residency at Destino Pacha Ibiza, Spain. There he had the opportunity to play alongside international headliners such as Solomun and Luciano.

Just a year later, Betto was closing the season, playing the main stage at Pacha Ibiza. In January 2019 Betto signed a residency at Annabel’s Mayfair, arguably the most exclusive and high end members club in the world, where he now performs regularly.

“Rock definitely came first,” he tells Headliner. “Back in 1994, when I was seven years old, my parents went on a holiday trip to NYC and brought me Bon Jovi’s new album Cross Road, which was a compilation of their greatest hits at the time. “Living on a Prayer was the first song in the album and it just hit me instantly. I couldn’t stop hearing it for months and was obsessed by Richie Sambora’s the guitar sound. 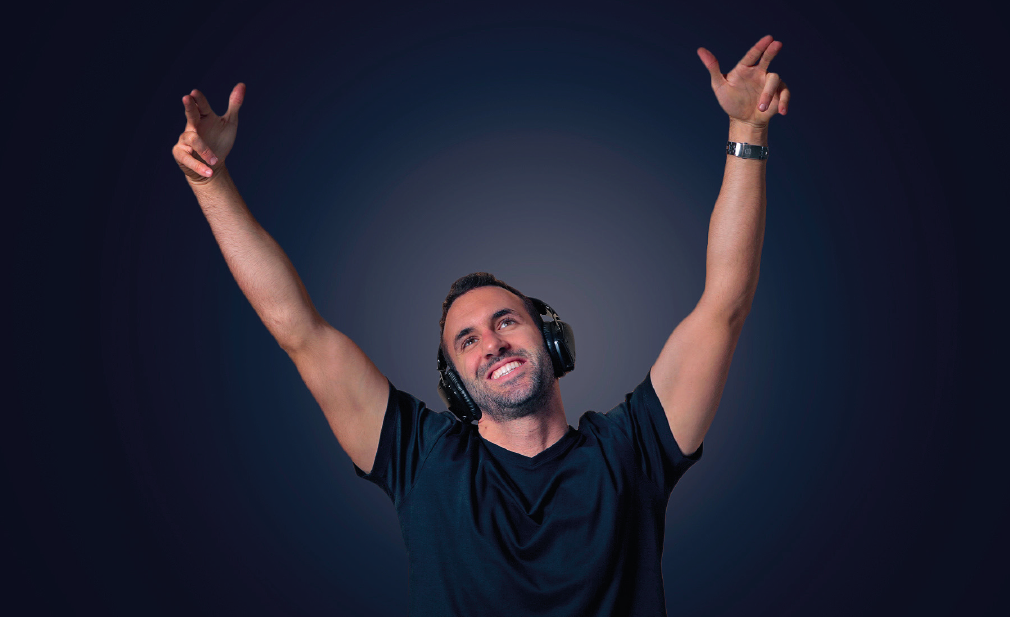 My idea was to incorporate classic rock from the ‘70s into house music and bring that genre to the clubs... Betto

Electronic Music came along when Betto was in his teens:

“I started doing my own home parties at the age of 14 and also went to my first Rave party in Brazil. That just changed my world."

Back in 2009, Betto had a friend who was very involved with the nightlife in Sao Paulo and lent him her Pioneer CDJ 200s and a mixer:

“I learned to spin at home by myself during the holidays, and just felt in love with it,” he recalls. “I never thought I would ever get into music, until I played at a big party in Sao Paulo in 2011 and noticed my ability to read the crowd, feel the moment of the party and drop the right track. It was very an amazing feeling to see 700 people jumping with my track selection.”

If there is a vision behind the music Betto spins and creates, it’s to come up with something that connects with his soul and his audience.

“I’m constantly trying to create music that makes people escape and enjoy the moment and bond through the music,” he explains. “At the end, it all comes down to bringing people together.”

Producing music was a real game changer in Betto’s career, as he built his own repertoire made of remixes, mashups and originals that no other DJ had access to. This made his sets unique, and people started booking him even more because of that.

“It all started with my remixes of The Rolling Stones, The Doors, and Jimi Hendrix,” he says. “My idea was to incorporate classic rock from the 70s into house music and bring that genre back to the club scene, where the young generation isn’t listening to these artists so much anymore.

Read the rest of this interview in Headliner Magazine: link below.