As the sub sect of music known as neo-classical continues to expand out of Berlin thanks to the efforts of Nils Frahm, Ólafur Arnalds, et al, Danish folk/classical singer-songwriter, Agnes Obel, brings us her third album, Citizen of Glass.

Residing in Berlin herself, it’s difficult to differentiate her from that genre despite the fact she writes songs rather than instrumental compositions; her love of piano and strings, and the very understated flavour of her music, makes the comparison quite legitimate. And yet her albums, Philharmonics, and Aventine, with their deft blend of folky lyricism and chamber writing have established Agnes as one of the most unique songwriters living today. If this sounds like a bold claim, Citizen of Glass can only strengthen it.

Citizen of Glass is heartachingly brilliant.

Citizen of Glass takes on a newer character to Agnes’ previous two albums, but most vitally it is heart achingly brilliant, from the opening pizzicato of Stretch Your Eyes, until it disappears on a cloud of ambience in closer, Mary. Philharmonics had a whimsical air to it, and Aventine was slightly darker – this third album incorporates both of those facets, and adds some subtle experimentation that draws the listener in, rather than push them away. The opening song enters with some unsettling progressions and harmony, until its instrumental outro, which transports you to a wonderful, green place.

Lead single, Familiar, is not only the strongest track on the record, it’s practically worthy of a music undergraduate’s dissertation. There’s the more obvious such as the stunning folklore-esque lyricism: “And our love is a ghost that the others can’t see”, and the deep, androgynous affectation applied to Agnes’ voice in the chorus. But then there’s a myriad of subtleties, such as the beautiful transitions from verse to chorus, the way a pizzicato violin refrains the opening piano melody in verse two, and the way Agnes’ voice joins the affected voice in the last line of the last chorus to restore humanity. This song is total, unbridled genius.

The album, despite using the same instrumentation and general style of Agnes’ older work, has a noticeably different feel. It could just be the added percussion, but the album has a strong sense of driving forward, almost to a dogged degree. The floaty personality of the first two albums is largely lost, but this is no bad thing. Agnes’ piano playing on instrumental interlude, Red Virgin Soil, almost sounds aggressive, and the ukulele-led Stone also has a relatively upbeat tempo. Obel’s ghostly, multi-layered vocals, over the diminuitive, strummed instrument is a wonderful treat. 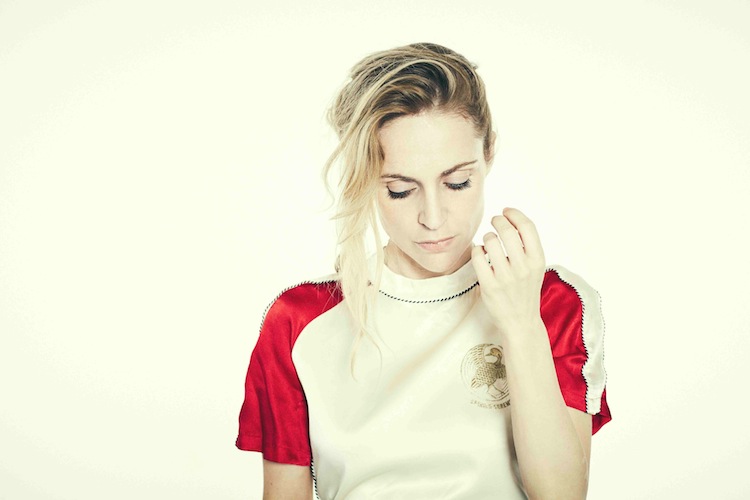 Lead single, Familiar, is not only the strongest track on the record, it’s practically worthy of a music undergraduate’s dissertation.

The surprises continue to come. ‘Epic’ isn’t a word you’d naturally associate with Agnes Obel, but Trojan Horse, as its name suggests, is a song worthy of a (tasteful) Grecian myth movie. The album’s title track does restore Agnes’ trademark ambience with its chordal piano underscore and choral layering. And then suddenly we’re in the marimba-led Golden Green, quite unlike anything Obel has hitherto released.

Agnes even tries her hand at prepared piano in the second and final interlude, Grasshopper. Album closer, Mary, links with the opening song, Stretch Your Eyes, brilliantly by also beginning with spooky vocals and chord progressions, but resolving into folky comfort. Fading the piano into increasing reverb is a fantastic final touch, also.

The words ‘experimental’ and ‘album’ in the same sentence often get loyal fans all panicky. But you mustn’t fret – the experimental expansion of Citizen of Glass sees intriguing artistic growth on the part of Agnes Obel, but without her folk-classical styling losing a single shred of emotion. It’s nonetheless a thing of beauty. Not enough people are aware that this Danish songstress is one of the most exciting musical prospects on the planet – one can only hope that Citizen of Glass magnetically attracts more attention.