Carly Jo Jackson: "My Triumphs Are Usually Whenever I Play Live Shows"

An indie-acoustic artist originally from South Florida, Carly Jo Jackson’s captivating, raspy vocals and bluesy-pop sound have earned her an army of dedicated followers who call themselves Wildflowers, a name taken from her coming of age song that featured in the award-winning indie short On the Edge in late 2012. Here, Jackson joins Headliner from her now home of Austin, Texas to talk about why she’s desperate to get back to performing live.

It was earlier in 2012 when Jackson was first discovered performing outside a yogurt shop in her then home town of Boca Raton, and she has since been fortunate enough to make a good living from doing live shows.

Jackson joins Headliner on a Zoom call while relaxing her vocal cords at home the night after a long gig, albeit a solo one at a local restaurant - although it’s these kinds of gigs that she admits have been keeping her sane as pandemic restrictions have eased this year.

Headliner happened to stumble upon Jackson via Reverbnation, a platform that offers emerging artists from around the world access to the global music industry, connecting them with venues, festivals, brands, publishers, labels, and the fans themselves.

“I lived in Miami for a while, and ticked off all the venues in South Florida; I felt like I was playing the same gigs - but I really wanted to expand, and I ended up falling in love with Austin,” Jackson begins. “The most challenging part about the last year or so is the fact that I’d not long moved here when all of this [the pandemic] struck.

“When it did, it was just like a big crunch time. For a lot of people it became about paying rent and keeping the roof above their head; we were losing historic venues that have been around for so long. Although I do think some of the challenges have been good because lots of beautiful opportunities have come from this.” 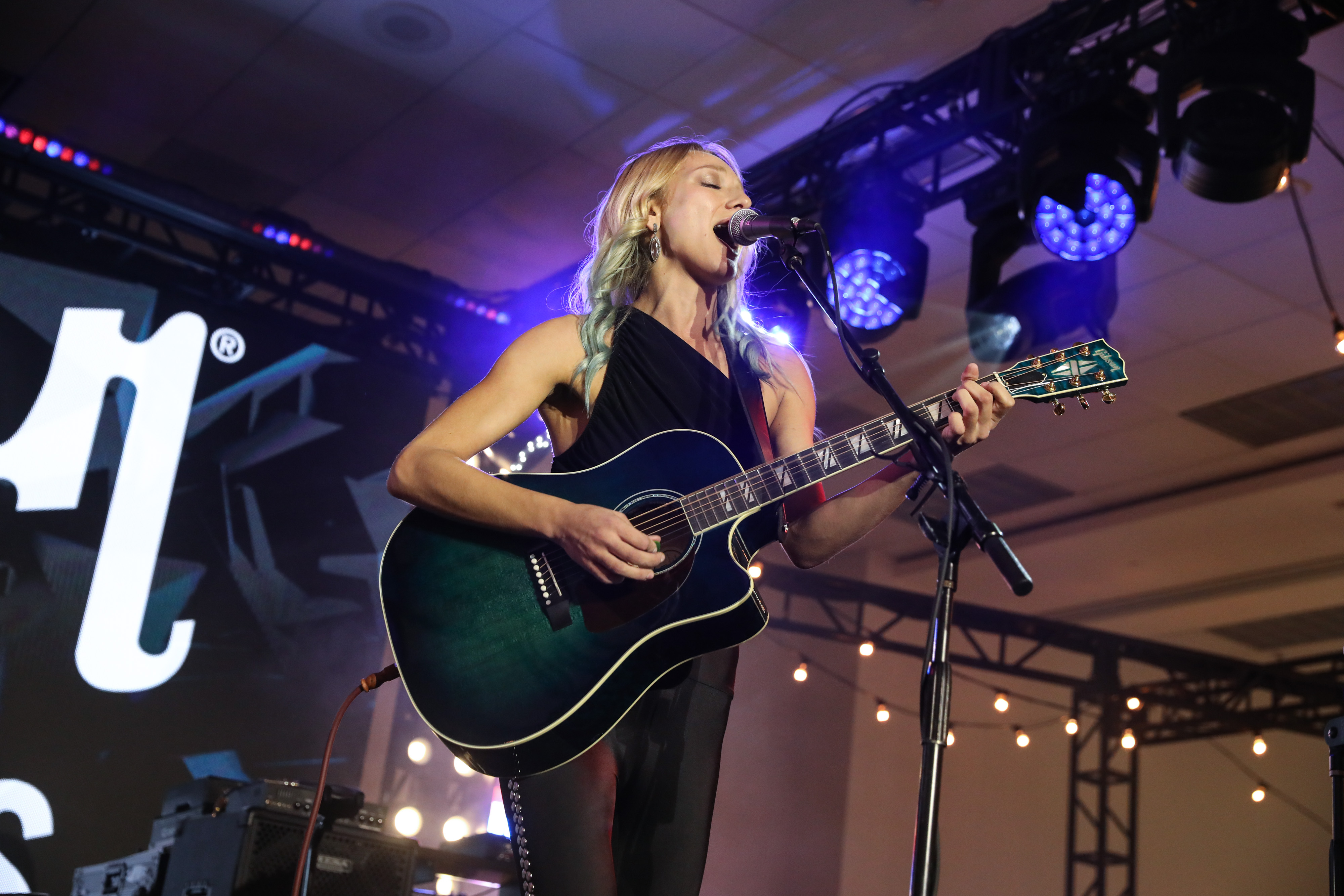 ME AND THE GUITAR HAVE HAD A GREAT RELATIONSHIP UP TO NOW. IF I’M GOING TO CRANK OUT A SOUND, THAT’S MY BEGINNING POINT WHERE I CAN FIND THE CHORDS THAT WORK.

Jackson became known for her charismatic and infectious stage presence after she appeared on Season 9 of America’s Got Talent, which served as the perfect stepping stone in her musical career and further fuelled her desire to become a fully fledged live musician. Last year, she had a mini tour of a few US cities planned before everything fell through.

“I miss performing so much, especially with a full band - it’s electrifying to me,” shares Jackson with enthusiasm. “You can’t replace it really. I’ve just got to get back out there.

“My triumphs are usually whenever I play live shows, where I can meet people and shake their hands and look them in the face and hug them. And I’m a big hugger - so I’m illegal right now,” she adds with a giggle.

Jackson was obsessed with ‘90s pop bands growing up, as well as being influenced by her parents’ taste in ‘70s music, including Bob Seger and Fleetwood Mac. When she got her first guitar when she was 16, she developed a love for the likes of Janis Joplin, Alanis Morissette, Colbie Caillat and Joss Stone. 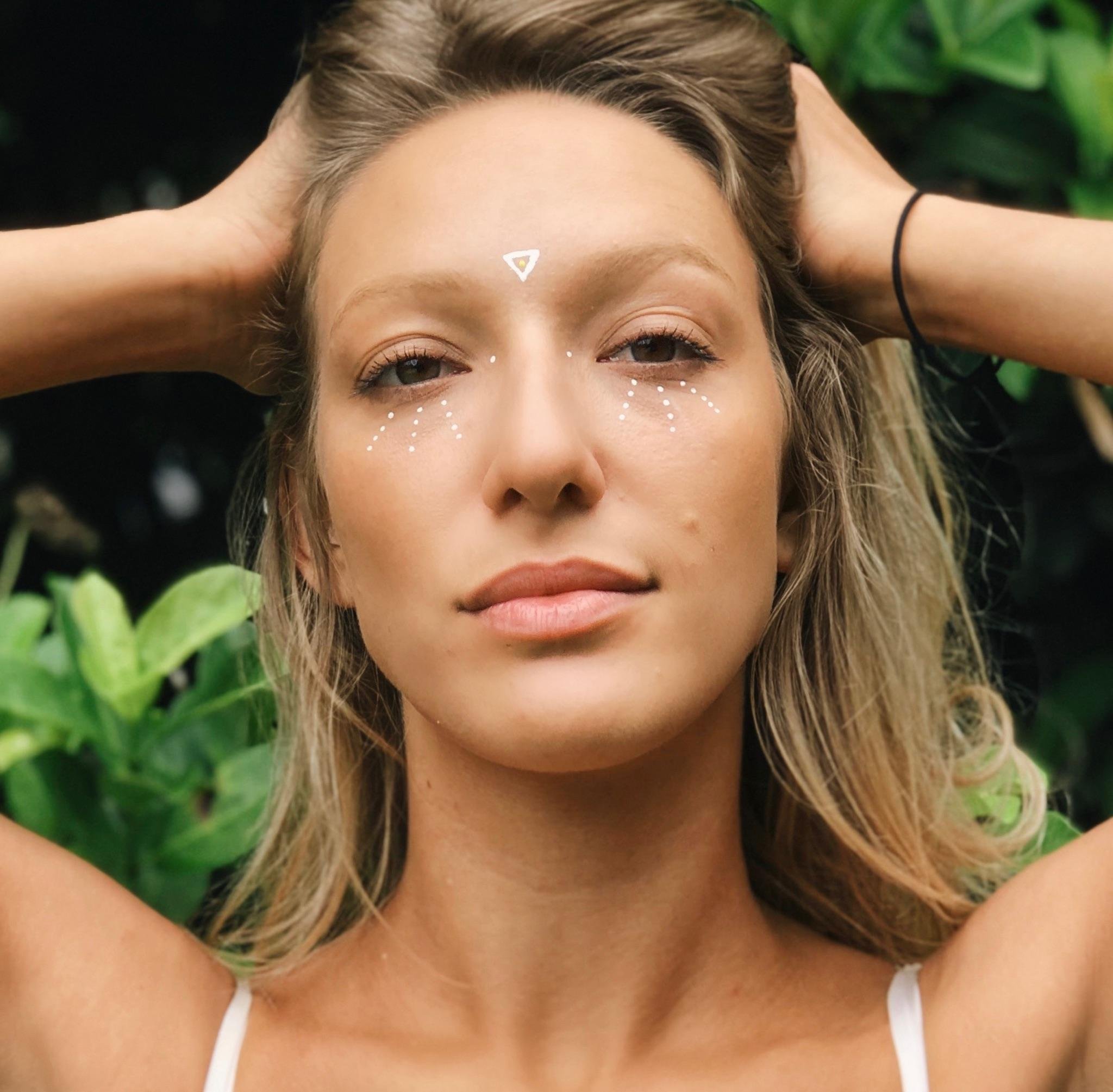 “Me and the guitar have had a great relationship up to now,” she says. “If I’m going to crank out a sound, that’s my beginning point where I can find the chords that work.”

I proceed to ask Jackson about the sentiment behind her curiously titled popular 2019 single, Sleep in My Car:

“That song to me is about finding comfort in yourself,” she answers. “This one time I’d been flaked on by some friends and I didn’t really have a place to stay, but I had a nice comfy car at the time. I was like, ‘forget it, I’ll just sleep in my car,’ and then I ended up staying there any time that I felt like I wanted to get away or have some reflection time about the things that matter.”

And Jackson has had some incredible experiences so far - both big and small, just one of which she recalls was a life changing conversation with singer-songwriter David Crosby of Crosby, Stills & Nash after he turned up to one of her gigs in California, and invited her for breakfast the next morning.

“I’ve been sitting on some songs for a while that are a little bit of a stretch for my genre; they’re a little more poppy but they’re super fun,” she shares with the same irresistible excitement. “I got to put the guitar down for a second, and I had a great time, so I hope it ends up being received well!”