David Davis: The Long & Short Of It

David Davis – Quincy Jones protégé and winner of NBC’s Songland – has accomplished things in his relatively short career that even the most optimistic singer-songwriters will not achieve in a lifetime of hustling, opening for John Legend and working with legendary producers RedOne (Lady Gaga, Nicki Minaj) and Ryan Tedder (One Republic, Beyonce). Armed with this experience, a glass-half-full attitude and a song that just won’t quit, Davis is ready to show the world the real him.

For as long as he can recall, Davis has been fixed on a career in music. Chicago-born and surrounded by seven siblings, he always found his way to a stage – nothing made him happier than belting out Motown classics or performing in church.

“I was very much fixated from a young age on just creating music,” recalls an instantly likeable Davis, who speaks to Headliner from his L.A home. “It wasn’t even about choosing a career, it was more about feeling like I found music, and that was it. I just knew that this was something that was going to be a part of my life in a very permanent way.”

Davis reveals that he contracted Covid-19 last year (making a full recovery), and is more thankful than ever for his voice, which he feared may have been damaged by the virus.

“If you're a singer it can really affect you, so I didn't sing for a month and a half. I got through it and was like, ‘I need to sing as much as I possibly can!’ I got my voice back, was ready to go, and everything got locked down,” he shrugs.

A self-described ‘pop-soul’ artist, Davis’ music not only highlights his impressive singing voice, but also his effortless songwriting capabilities. He perfected his piano and performance skills while studying in the nationally renowned Belmont University music program, drawing inspiration from the likes of Stevie Wonder, Donny Hathaway and India Arie. Racking up over 700 shows in the last three-and-a-half years, understandably being home so much over the last year has been a bit of an adjustment:

“I'm really, really missing performing,” he stresses. “My favourite part about performing is getting to bring people from all over the place together for that hour and a half and unite behind being joyful and singing about the human experience. This time period has been difficult because there is so much less of that, but I'm an eternal optimist.”

Davis’ voice, arrangements and productions have been featured on chart-topping records, commercials for major brands and networks, as well as across hundreds of stages internationally, including the 64th Primetime Emmy Awards Governors Ball, a London debut at Ronnie Scott’s Jazz Club, and a 73-show residency at the Quincy Jones’ club in Dubai.

And this wasn’t Davis’ only “pinch me” experience, as he has also been an opening act for John Legend and Jon Bellion, and has worked with legendary producers RedOne (Lady Gaga, Nicki Minaj) and Aaron Sprinkle (One Republic). Taking it all in his positive stride, he sees each one of these milestones as “little victories,” adding that the best way to build and develop a craft is to get out there and just do it.

“When I left college and was doing my own act, I decided to call those people that I had worked with and said, ‘Hey, I have this new project; I'd love to come and open for you. If you're down, I will drive 10 hours overnight, show up, get paid very little, sing my three songs and get that experience in’. It started off pretty gruelling and it was definitely a hustle, but the love of music kept me in it.” 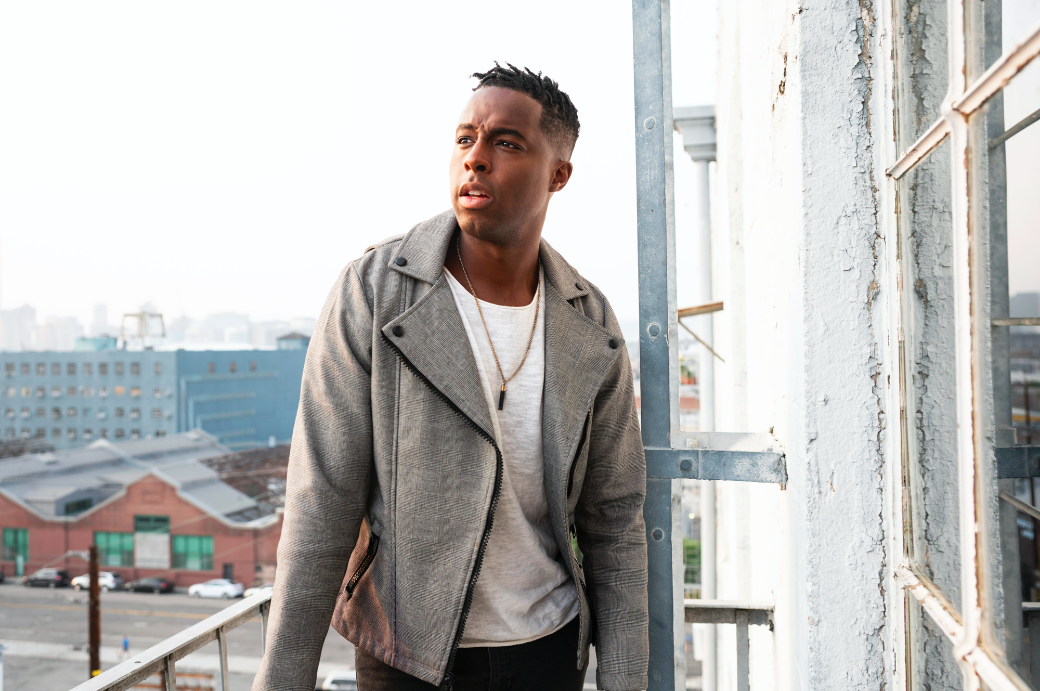 Davis was featured on NBC’s Songland last year, where his song Everything It Took To Get To You was chosen as the winner of the Ben Platt episode (securing an iTunes #1 spot on the New Pop Song Chart, #5 on the All Song Chart and #2 on the Pop Chart).

Conceived by David A. Stewart (formerly of the Eurythmics), Songland gives undiscovered songwriters a chance to create a hit while giving viewers a look at the creative process in action. Contestants are selected to work with producers and a well-known recording artist to release a song. Crucially, the show elevates the traditional role of the songwriter in the process of creating music from ‘unpleasant secret,’ to being the celebrated ‘magic ingredient’.

“Songwriters are the backbone of the music industry,” agrees Davis. “Without the idea, there is no artist or label or any of the things that go into creating a song. There is none of that without the original concept and the soul of the idea. On the show you get to see behind the curtain of the whole process in such a short amount of time.”

Working with one of his musical heroes – Ryan Tedder – as his producer, Davis made some subtle changes to the song to tailor it more to Platt:

“The best part about working with Ryan and most of the people on the show is that you can tell that no matter the success that they've had, they're still about the music and they're still about creating the best song possible. There was no attitude or anything, it was just: ‘how do we get this thing to land? Let's make the best song possible’. Ben did decide to change the title with one word; it went from Everything It Took To Get To You, to Everything I Did To Get To You because it connected to his experience more and made more sense for him to sing.”

Does it feel strange to have someone else experience success with a song he wrote?

“I’m actually really proud of that and what he did with the song; he's an amazing vocalist,” he answers sincerely. “It’s an artist's dream to have someone that really empowers and inspires you singing one of your songs. It was awesome getting to hear his version of it and getting to hear his vocal on it.

"I also love singing that song because it's really personal, so there's room for me being amazed by what he's able to do with it, and also knowing that my version is my story and that it brings me joy to sing as well.”

Songwriters are the backbone of the music industry. Without the idea, there is no artist or label or any of the things that go into creating a song. David Davis

Whichever version of the song people are more familiar with, Davis has more than enough fan favourites of his own that he’s released over the last few years to keep his name in audiences’ minds due to his debut album release, The Long & Short Of It.

Presumably catching the attention of Quincy Jones was the almost impossibly uplifting crowd pleaser, Little Mo’ Betta – which wouldn’t sound out of place as the lead track in a Pixar soundtrack and easily rivals Pharell Williams’ Happy. If you need three minutes of condensed positivity injected into your day, Headliner defies you to find a better feel-good song. (Is that your foot tapping despite yourself? Yes it is).

“Thanks,” he smiles humbly. “It’s one of my favourites on the album, and I’ve seen how it’s been taken on by so many other people in terms of TikTok, performing it in Dubai and hearing it translated into different languages and seeing it in commercials in Africa…” he trails off.

“It's one of those songs that doesn't really seem to quit even though I put out other stuff. It’s so much fun to sing, and to see people respond to it every time it starts is the best feeling.”

Admitting that he’s not a big TikToker (and yes I had to Google if that was even the right phrase), he’s not exactly sure how the song has taken off on the platform.

“I am kind of a fossil when it comes to social media,” he laughs. “I'm a little slow on that stuff. My family sent me a text message being like, ‘hey, do you know your song is getting a lot of views on TikTok?’ Listen, if you know TikTok, I would love to hear your opinion on that, because I'm very confused by it!”