It’s a very wet and windy Wednesday in the cathedral city of St Albans in the UK – conditions that are presumably not too favourable for a Californian. And yet, singer-songwriter/troubadour Dylan Dunlap, who hails from sunny Los Angeles, has made the train ride from the urban sprawl of London, where has been gigging, to the Hertfordshire city to perform his acoustic guitar infused pop music, opening for three metal bands at The Horn pub.

This may sound a little mad, particularly considering this is a man with over one million Spotify streams, and a support slot for One Republic under his belt. But Dunlap is happy to explain. As we get chatting, the bartender brings over his chicken burger and chips; noticing he looks very puzzled when asked if he needs cutlery, I explain that in the UK we sometimes say ‘cutlery’ instead of knife and fork, which draws a big chuckle from the American.

“This is the third show out of seven,” Dunlap says when I ask how his UK tour is going.

“Tomorrow I’m playing in Bishops Stortford. I’m honestly so happy to be here — it’s nice to get out of LA for a bit.” I confess that I’m puzzled to find him in St Albans. “Well, I was street performing in Vegas a few years back, and I met the owner of this pub and The Horn in Bishops Stortford, and we stayed connected.”

It’s very much worth pointing out that Dunlap has just performed at two legendary venues in London: Ronnie Scott’s, and The Finsbury. I ask if he was aware of what a big deal these places were, prior to performing at them.

“Yeah, I mean Ronnie Scott’s was crazy,” he replies. “I also love to have the free time before the shows — I found this amazing cafe near The Finsbury called Blighty, and really enjoyed sitting there reading Harry Potter, and making friends with the baristas and casually telling them why I’m here.”

The way Dunlap makes these tours happen would be sure to make a lot of people very anxious:

“The way I do it is I book the flight first, and then book the shows with the incentive of the flight. And then I love to meet new people every night and organically build a new following.”

The big talking point is the release of If That’s Alright, Dylan’s latest single that speaks of learning to enjoy your own company. “I have no idea how it’s doing,” he says with a laugh. “I mean, I do keep up with the analytics and to see what’s working. But the funny thing is this is the first song where I’ve put it out and then stopped caring about its performance. I just took pride in the fact that we did everything we could, put it out in the world, and then hopefully people resonate with it. And then it gets 300k streams in one week!” 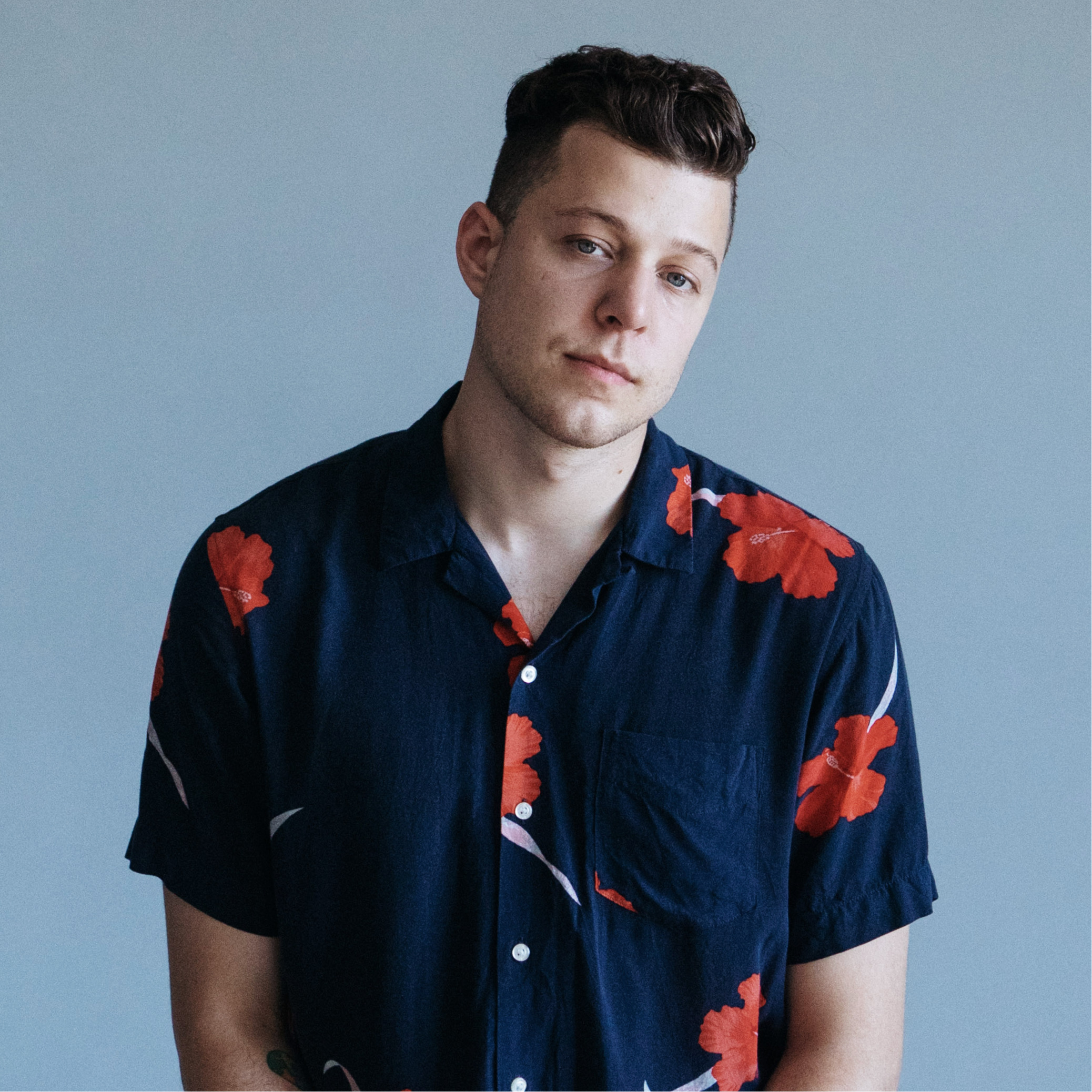 The lyrics are essentially me telling someone that they don’t need to worry about me. Dylan Dunlap

Dunlap and I then dig deeper into the lyrics of If That’s Alright, with lines such as: “I know I look lonely and I sound crazy, but I'm doing well.”

He explains that “it’s me trying to explain how happy some people can be isolating themselves. I’m an introvert who struggles a lot with mental health conditions. But I feel really confident in taking myself to the movies, for a drink or even going to London on my own. So the lyrics are essentially me telling someone that they don’t need to worry about me. My father took off when I was a kid, so I’ve had to raise myself in a lot of ways.”

As you can probably tell, Dunlap is very much an independent artist, although he does have management now, which he refers to as “a family operation.” But, his achievements of over one million streams on Spotify, as well as supporting One Republic are quite considerable without label support.

Mental health is a hugely important topic for Dunlap in both his music and his personal life. “I think a lot of stigmas can be broken,” he says. “I speak at schools a lot. My dream is to do a tour where I speak at a school every morning, put my guitar down and just talk about the things that are not talked about. I was diagnosed with being on the autism spectrum, and it was kind of weird finding that out as an adult. But I want to make sure all of this was for something. I know that I have the blessing of being high functioning enough where I can travel alone, perform and take meetings.

“So even though I’m struggling so much internally, I don’t want to settle for a diagnosis online that says I’m screwed. I don’t believe that my relationships are doomed or any of those things. But of course, I do find human interaction difficult. I was misdiagnosed as a kid with OCD, anxiety and depression, ADHD. So being correctly diagnosed has really helped me educate myself and know ‘this is why this happens’, etc. I like to think of it as a weight that’s pressing down on my head at all times. It’s noisy, it’s loud, and there are ways to work around it. I second guess everything; I can’t choose anything off a menu.”

In terms of Dunlap’s long term plans, I get something of a beautifully philosophical answer:

“I’m mostly looking to maintain this happiness that I’m striving to keep,” he says. “There will always be something to complain about, whether it’s my living situation in Los Angeles or as an independent artist. I’m more than happy to tell you my 12-month goal, my five-year goal, but the thing that matters most is that I get to do this full time. And work on what I struggle with most. Music is like my cheat. Using it to be able to talk. And things like seeing that a stranger in Norway heard my song, and hoping it helped them, or just gave them a three minute and 54-second break from their day.”