Representatives from five nations are called to address one pressing matter. No, this is not the UN. This is Fuzz Skyler. Their mission? To breathe new life into the world of rock music. Any band that describes themselves as such will not fail to capture the imagination of the music industry, which is exactly what Fuzz Skyler have done with their epically theatrical debut single, Recall. And wait till you hear them live…They may have launched their music during a worldwide lockdown, but this is a formidable musical force that, given the chance, could fill out stadiums.

For now, like everyone else, they find themselves mostly confined to the house, where four of the five band members live together in London. Making up Fuzz Skyler are British-Iranian lead singer and keys player, Fuzz, drummer Mark (who lives nearby with his wife), Portuguese and Greek guitarists Dan and Kostas, and Lithuanian bassist Arnie.

“I read a really interesting quote by Henry Rollins, the punk singer, the other day. It was, ‘you spent half your life messing up and the other half dealing with it’. That's exactly what we've been doing for the last three years!” begins frontman Fuzz (who I can’t help but notice has the winning combination of the speaking voice of Stephen Merchant and a singing voice not too dissimilar to Freddie Mercury).

“Funny you should say that, as one or two years ago when I was working at Waitrose at Christmas I was on the tills and Stephen Merchant actually showed up... he seemed absolutely miserable! So, Merry Christmas!” he laughs. “Maybe it’s the tone of his voice, or maybe it's just the misery of the lockdown!”

The group came together under Fuzz who headhunted drummer, Mark, at a David Bowie tribute act.

“I got a call that someone was looking for people to make up a David Bowie tribute band, so I said I played the drums,” says Mark. “I got there and Fuzz was the Bowie, so to speak. He asked me to join his band. The lightning bolt was the real clincher for me, just scrolled across the face…”

They then auditioned guitarists Dan and Kostas, who insisted they came as a pair. Bassist Arnie was the final piece to the puzzle, and Fuzz Skyler was born. Inspired by David Bowie, Muse, Jimi Hendrix, Led Zeppelin, Pink Floyd and – yes – Queen, Fuzz Skyler interweave piano, densely textured guitars and blistering drums, and are dead set on ushering in a new wave of anthemic rock. On being compared to Freddie Mercury, Fuzz says he gets that a lot:

“When I was about 19 years old, somebody told me that I sound a little bit like Freddie Mercury, and then I started listening to Queen and I kind of saw the resemblance. That obviously influenced my songwriting a lot as well. But it's just evolved. I listen to a lot of hip-hop, I listen to a lot of soul, a lot of Motown and a lot of Persian music – because my parents are Iranian, so there’s a lot of Iranian influence in my music as well. 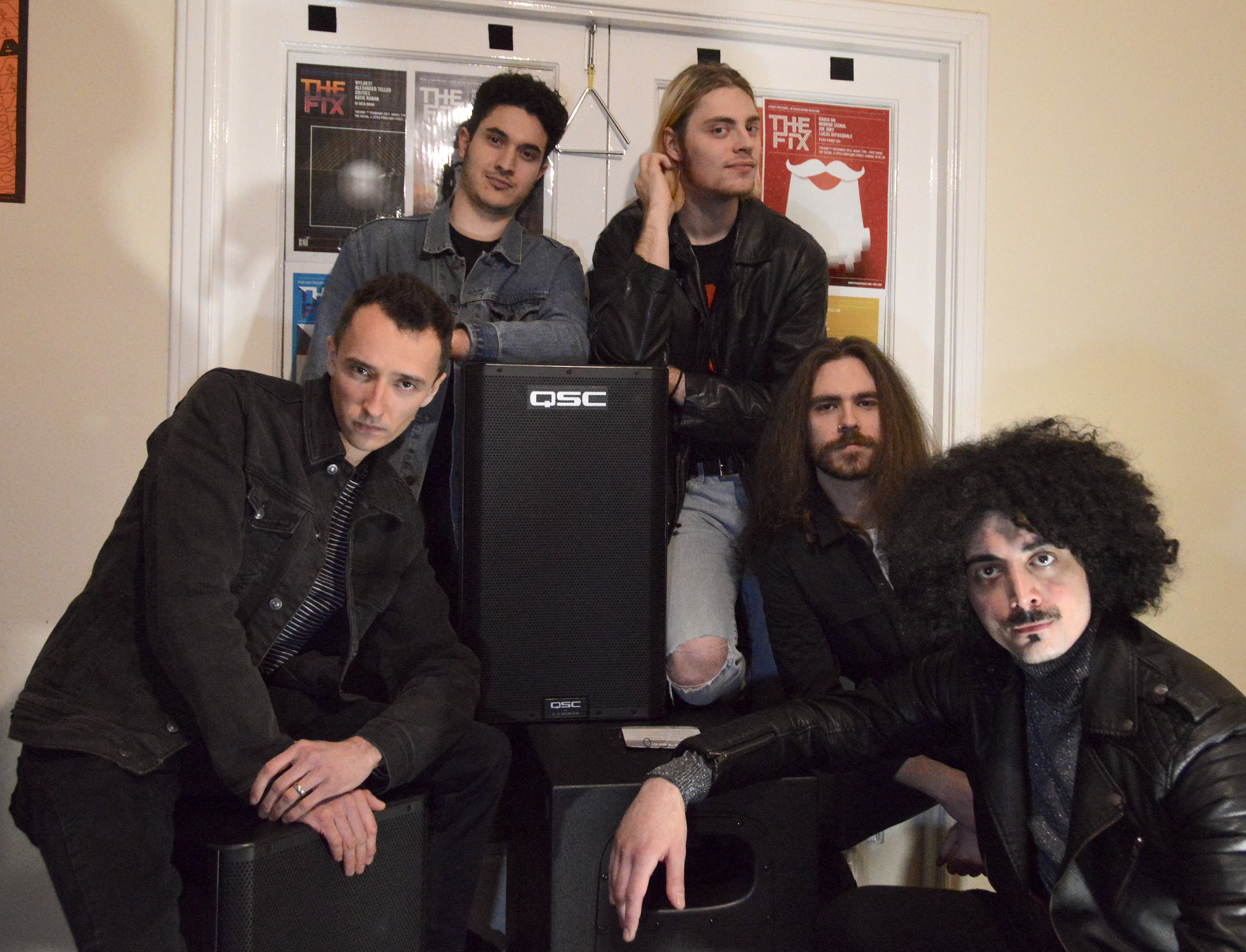 The band’s debut single Recall is the first of a four-track EP, recorded with award-winning producer Andrew Hunt. The song is ultimately an exercise in finding a voice and then letting it be heard.

“We felt that Recall would be the perfect song to introduce us as a band and to represent our musical identity,” says Fuzz. “We hope that this track will uplift people and act as a rallying cry to all who share our love of rock music, and to all who are trying to find their own voice.”

Fuzz shares that he wrote the song during a period when he was feeling particularly frustrated after hearing people complain about chart music becoming monotone.

“I took out my frustrations on this song. The song is about not being heard. It's about the music industry doing its own thing, and I thought it was a really good way to get our sound out there and to vent our frustrations, as it were.

"I wrote the song when I was listening to a lot of ‘70s rock songs, and I realised that there's a sense of quality in the older songs, especially from around the ‘60s all the way to the ‘90s. Actually, there's a quality that we've been missing for the last 10 years or so. The more I listened, the more it inspired me to create something of the same quality.”

Fuzz notes that they don’t consider themselves to be a ‘classic’ rock band.

“We're not that at all. I think Recall is more of a statement. That's probably the best way to describe it.”

“We’re the spirit of a hard rock band wrapped up in a modern one,” offers Mark.

“Exactly!” says Fuzz, “the whole band listens to a lot of new alternative music, and the direction that we're going into is going to be very, very different…”

On working with Hunt on their upcoming EP, they’re careful not to reveal too much:

“It's a four track EP, and we're very much treating each of these songs as singles in their own right,” shares Mark. “So they will all have their own campaigns around the individual songs. Which is partly to make sure that we're doing right by each of those tracks individually, and also it’s typically the way the industry seems to be going at the moment as well.”

“The third single is going to be about London, and I think as London opens up during the summertime, it might not be a bad idea to drop the track then,” teases Fuzz. 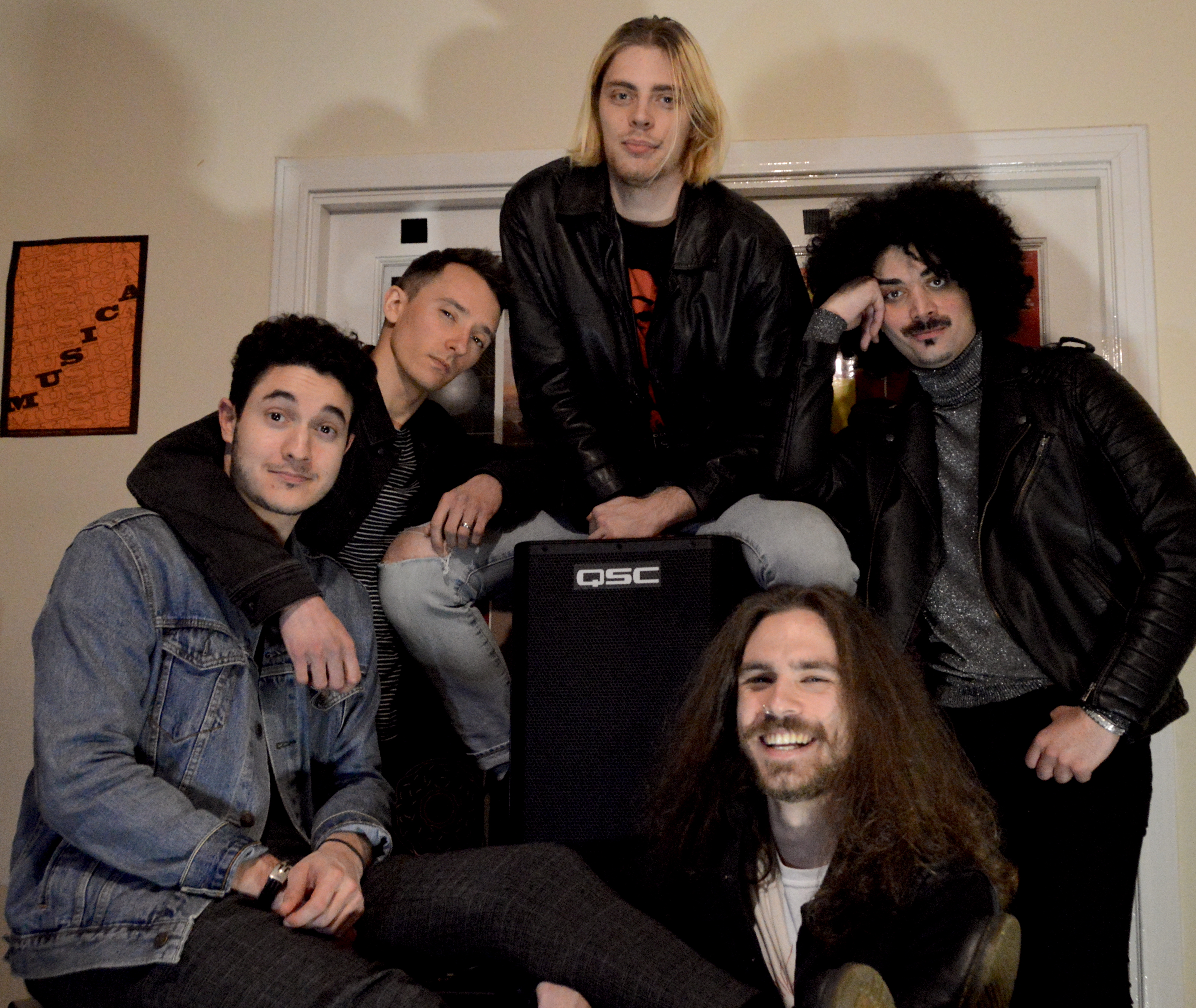 We can hear every note or sound – it’s fantastic having that clarity and that clear-cut sound.

Fuzz Skyler recently put two QSC K12.2 active loudspeakers and one QSC KS212C subwoofer through their paces as part of Headliner and QSC’s Come Back Bigger: Try This At Home campaign – going on to win the system for their efforts. They share that they’ve just recently had the system delivered, and are itching to play live again:

“We’ve done a few live streams from home, but it's just not the same,” says Fuzz. “You realise how important live music is – you can't replace it. We're a very energetic band, and when we play live, there's a lot of energy, and we feed off the audience's energy as well. And when we don't have that, it's just not the same.”
Prior to using the QSC PA, the band were using the ones supplied by venues, which aren’t always up to par.

“Having this now, in future if we put on our own shows, we've got a lot more flexibility in terms of where we might want to play because we can provide a full backline now,” enthuses Mark.

“Now we can rock up anywhere and provide everything ourselves. I'm quite excited about the prospect of playing in some less obvious spaces – that could be quite interesting.”

“Before the lockdown, we were invited to two small festivals, and both festivals actually asked us to bring our PA system,” remembers Fuzz. “So we were planning on hiring a PA system for the day, but now we will just show up with one of the best PA systems! I've really been tempted to unpack the PA, put it in the living room, turn it all the way up and just listen to music for a day…”