Letting go of the fear of not sounding like her musical heroes was turning point for San Diego-based singer-songwriter and musician, Helena Holleran, whose music career is her plan A, B and C.

Born and raised in San Diego, an upbeat Helena Holleran is excited to be talking about music during the quarantine period, although that’s not to say that the talented singer-songwriter and musician is completely impervious to the quarantine blues.

“I've been doing my best to stay creative throughout all this,” she says, adding that staying active has really helped her mindset, although not – as it turns out – her ankle.

“I was roller-skating and skateboarding as much as I could around in my parking garage where I live, but then I ended up spraining my ankle,” she sighs. “I feel like that was the universe telling me, ‘hey, take this time to slow down!’ I've always been such a workhorse, but now I’m really hunkered down and am reevaluating my music plan for when this is all finished.”

Describing her sound as a mix of “jazz, soul and R&B,” Holleran’s blissed-out vocals and dreamy melodies have somewhat of a hypnotic effect on the listener, drawing influence from 60s and 70s rock and roll, R&B, folk, jazz, Latin, and hints of reggae. It’s these world influences combined with her musical inspirations that brought Holleran to her calling card.

Whilst watching an episode of music TV series, Storytellers featuring John Mayer, something clicked into place:

“I remember him sitting up there talking about the songs he was writing, and it was so inspiring to me to see him being so authentic and being able to communicate with the world through his music,” she remembers.

One thing in particular has stuck with her to this day: 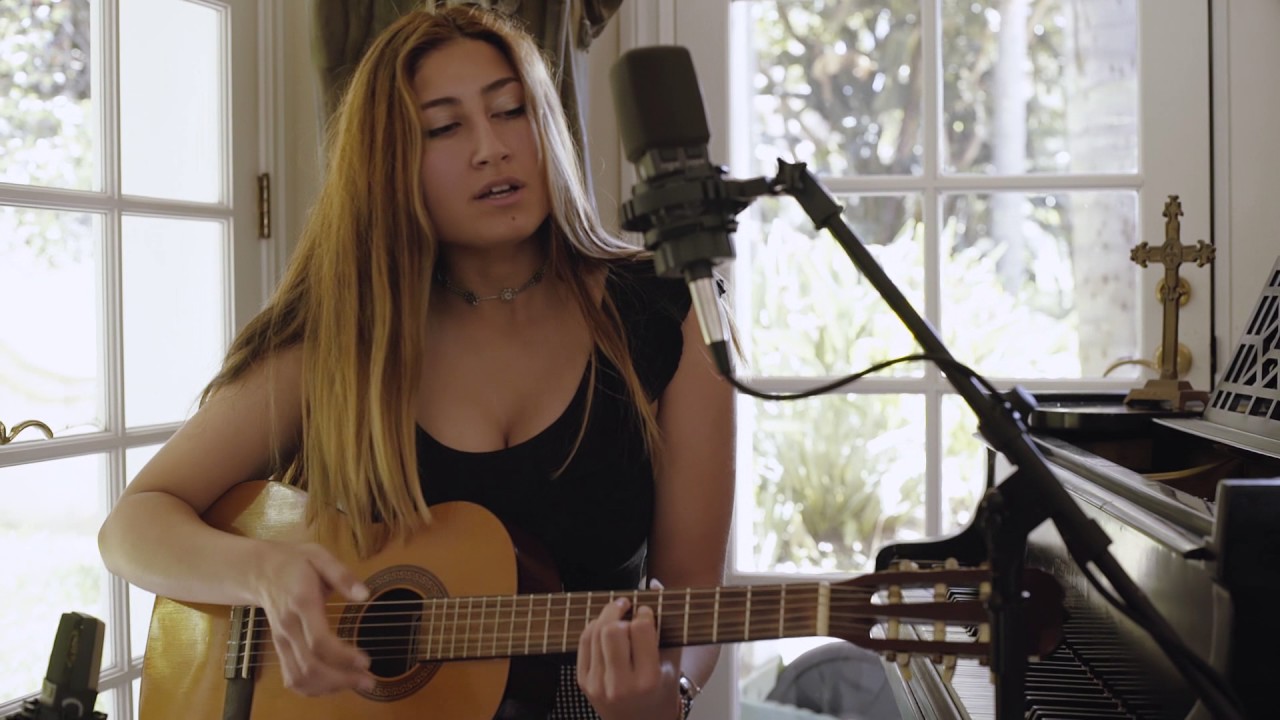 Everybody has their own unique voice, and that's the beautiful and endearing thing.

And sound like herself she does – Holleran truly sounds like no one else, and has stayed true to her own unique, soulful sound ever since, although admits it is easy to become intimidated when her influences include Joni Mitchell, Paul Simon, King Pleasure, Bob Marley, Curtis Mayfield, Esperanza Spalding and Lauryn Hill.

“You know, you hear Joni Mitchell and you're like, ‘Oh my gosh, I'll never be as good as her!’ You've got to try and follow that joy because I know my heart. I love playing music; there's no plan A, B or C, you know? Music is my plan A, B, and C. It’s my way of communicating with the world and where my soul feels the most natural and free. So I know I have to make this dream happen.”

As an aspiring artist that usually plays small venues several times a week, Holleran says that the way to stand out amongst the crowd is by trying not to do that.

“I think if I'm too mindful my voice starts becoming unnatural,” she explains.

“The way I do it is just by being myself, because the audience responds better to authenticity more than anything. When I'm listening to artists I can tell right away when their soul is shining through, because everybody has their own unique voice, and that's the beautiful and endearing thing. I try to stay in line with that method. We have to remember why we're doing this first place, because this is our joy – our everything. That should be your only driving force, and people will be able to recognise that.”