Jemima: As You Are

Aussie singer-songwriter Jemima struggles to stay in one place. Spending her late teen years living in her van as she road-tripped the Australian east coast accompanied only by her dog, she insists the experience was not as idyllic as it sounds:

“It was bizarre – and yes freeing – to step outside of going to uni and working a few jobs, and just giving all of that up. Suddenly I lived in this tiny box, and with a dog who's very large. It was a great experience. People always have a picture of what it was like in their head, but it was not as glamorous as people imagine. There was a lot of brushing my teeth in a McDonald's cup and using those beach showers. You lose all the luxuries, but it was very cool at the same time.”

At 20 years old, she decided, on a whim, to move to London where she spent two years performing at bars in Soho and Camden and studying a Bachelor of Songwriting at university, which Jemima says is the best thing she’s ever done:

“I moved to London, but not for the university. That was something I looked into after I got there. I had decided two weeks before that I wanted to do it, and then two weeks later I was standing at Heathrow Airport, so it was super fast! I didn't have time to understand what I was doing!”

Jemima started busking and gigging, until someone recommended a songwriting class at university:

“We don’t have this at home, so that blew my mind. I auditioned and got into study there, and it definitely changes the way you look at your career. It made me look at it more like a career and less like a hobby or even a dream. It was more like, ‘okay, this is what I'm going to do. This is how I can do it’.”

Before her studies, Jemima never realised how important co-writing is:

“That kind of freaks me out because I view songwriting as such a personal thing. So having to co-write with so many different people was very jarring at first, because you have to open up your little heart and go, ‘here's what I feel,’ and then they have to do the same thing, and you have got to try and make it work together.” 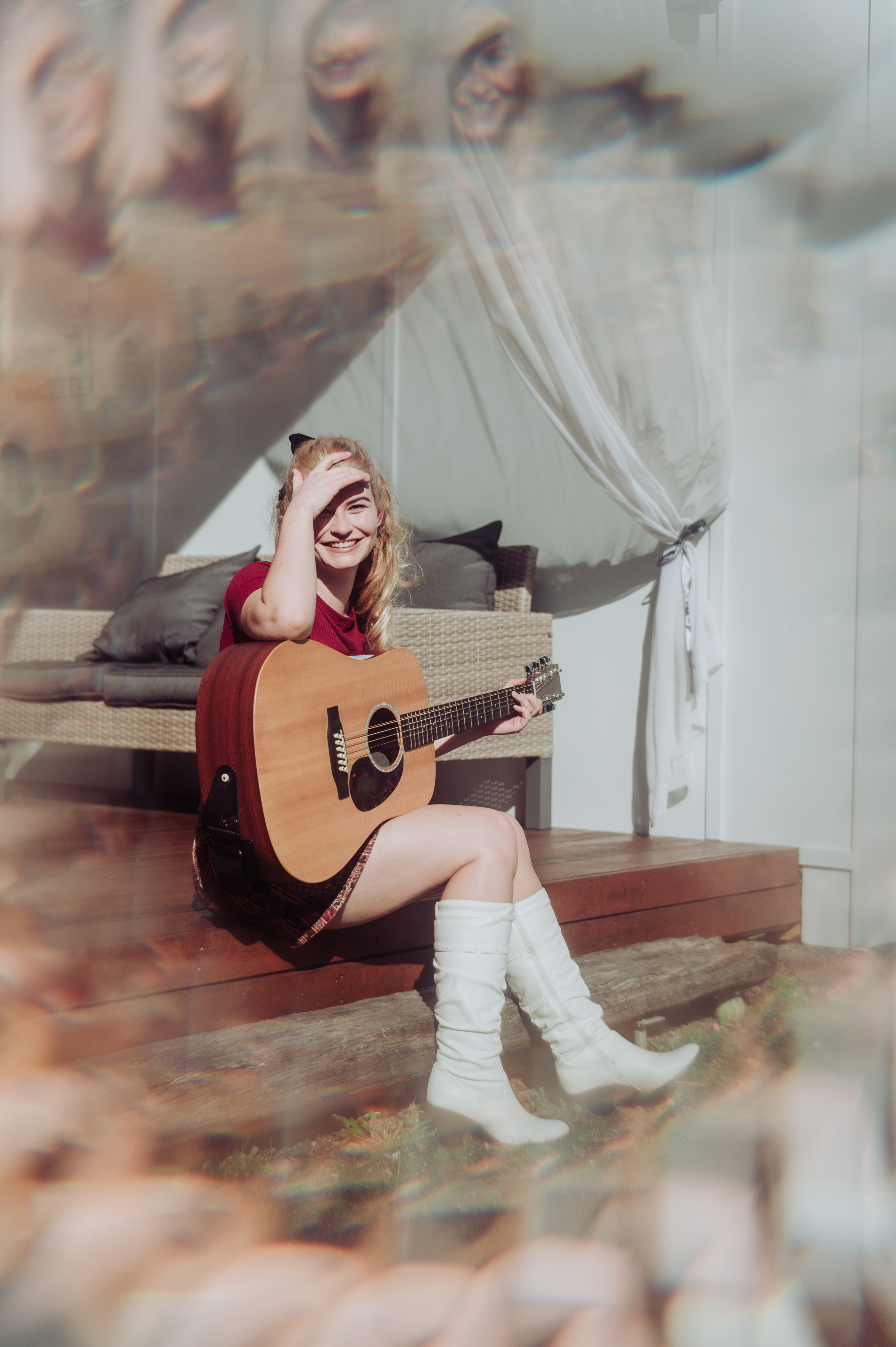 I was avoiding telling my own stories. I needed to pay more attention to what I had to say.

During the course, Jemima received an invaluable piece of advice:

“One of my teachers told me that Joni Mitchell said to write about what you know, and I think he told me that because at that point, I had a lot of songs about like other people, or even made up people and made up situations and so on, which is fine. But I think his point was that I was avoiding telling my own stories. He said that I needed to pay more attention to what I had to say, rather than trying to just find something interesting about other people.”

The pandemic has had a big effect on Jemima – like all musicians and performers – but especially considering she quit her full time job in December to focus solely on music:

“It was like a sign from the universe that it was a bad call,” she laughs. “Gigging and performing is such a big part of your job, and then to just suddenly not have that…” she trails off. “But maybe that will make a lot of musicians appreciate it more, because I know that I used to sometimes say, ’Oh, I have to go play this gig tonight. I can't be bothered’. And I don’t think I will think that ever again – I’ll just be grateful.”

Driven by a desire to tell stories that mean something, Jemima recently released her debut EP, Things I Never Said – a confessional five-track EP that debuted at #1 on the iTunes singer-songwriter albums chart for Australia. While each song differs in mood, they all share commonalities: a distinct eagerness to tell a story.

Recorded at Rockinghorse Studios Byron Bay, Things I Never Said was written by Jemima, mastered by Paul Blakey, and recorded and mixed by Paul Pilsneniks, who has engineered acts like Angus and Julia Stone, Pete Murray, Silverchair and Powderfinger. 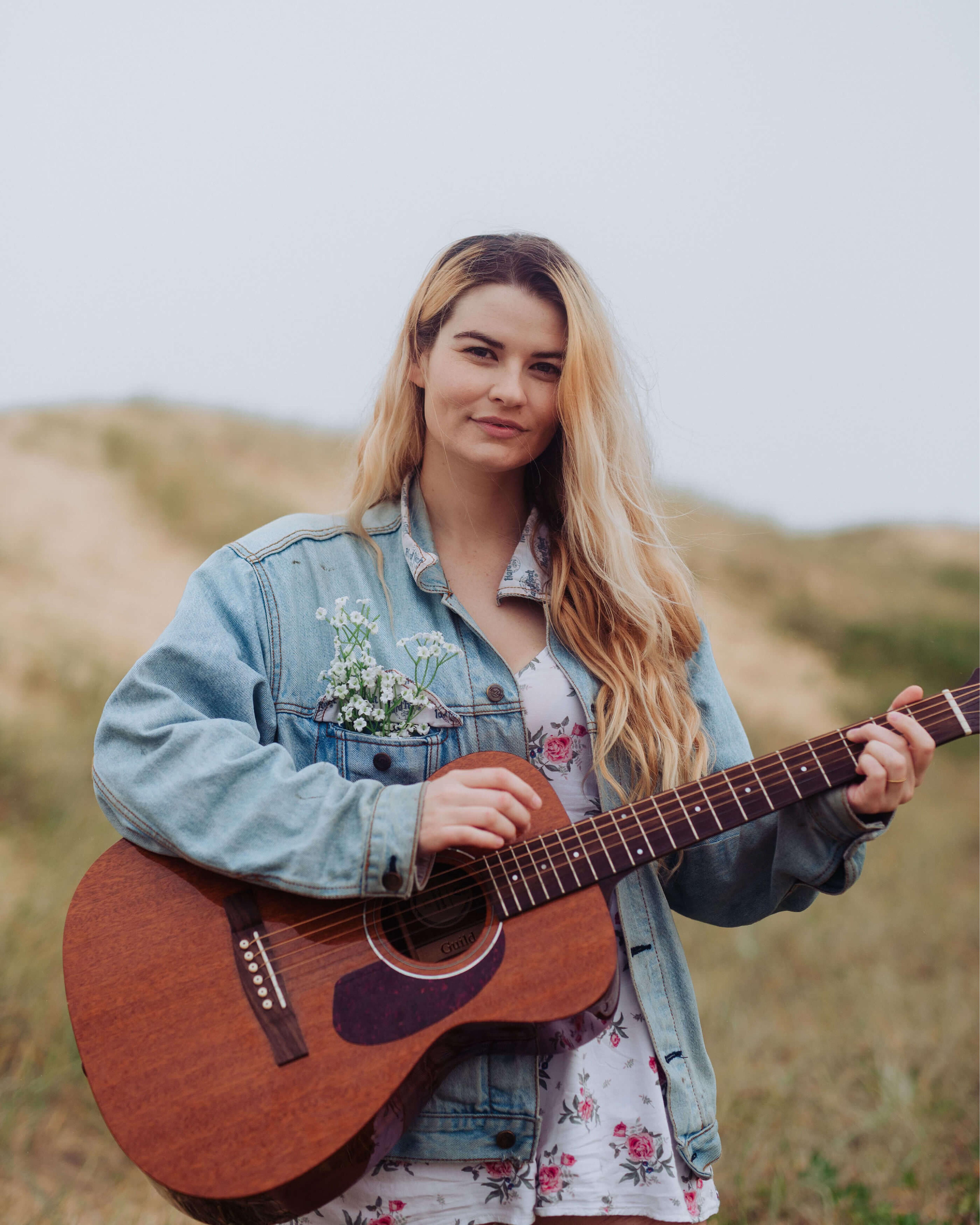 The EP's latest single As You Are, a '60s-inspired pop track, debuted at #1 on the iTunes singer-songwriter singles chart for Australia. The inspiration for the song stems from a memorable night out in a German bar in London:

“My best friend at the time and I went to this bar all the time, and we were developing feelings for each other,” she reveals. “This was me realising that I was falling for him – who I’m now engaged to. I must say this song is a good luck omen. It's really odd, because I don't usually write happy songs, which sounds a bit weird. I'm a melancholy ballad kind of gal. So this was me saying I should write something fun. And now my mum can stop worrying about my wellbeing every time she sees a play,” she laughs.

“I wanted it to be this ‘60s-inspired love song because I love music from that decade. When I am in that headspace, I listen to loads of ‘60s love songs. It’s a sound that I associate with that feeling of joy, freedom and celebration, and accepting that person for who they are. I used Beach Boys chords in the song, and then when we recorded it we used a 1966 Höfner violin bass, which is the same kind Paul McCartney used, with sleigh bells and a saxophone to get that retro feel.”

Jemima has used the lockdown period to focus on the launch of her EP, and has been kept busy with all of the behind the scenes work that goes into the project, given that she’s a self-managed, independent artist.

“I think a lot of people assume, ‘oh, music’s your job, you must just sit outside in a meadow and play guitar all day,’ when I don't even get to play music that often lately – I’m just doing all other things besides music! I try and look at the bigger picture. Yes, I have to do these really boring emails, or whatever, but that's so that I can do this other amazing thing that I love. And then none of it feels like a chore.”