Joe Hicks on Mirror Mirror: "first singles should be a statement"

Joe Hicks had got used to staying in his lane in terms of the music he felt comfortable releasing. That was until he decided to release his debut album. The singer-songwriter reflects on how giving himself a good talking to in the mirror changed his approach to songwriting.

Hicks is slightly late for his interview, immediately apologising for the reason, which is wonderfully un-rock and roll. “I had a bit of a crazy coffee spillage just now and I covered my kitchen in coffee granules, so I’m calming down after that,” he laughs.

“You probably don't try to make coffee two minutes before you're meant to go live with someone, do you? No,” he answers before Headliner can respond.

Kitchen crisis solved, he explains that he’s just finished filming his first ever music video for his new single, Mirror Mirror, in which he, ironically, learnt how to make a proper coffee.

“Half of the video is me singing the song, but the storyline part is in about five different locations around Newbury like the hairdressers, the florist, a coffee shop; all places that I go quite regularly. The coffee shop is somewhere I go every couple of days to do my emails and the social media side of music, and they were really up for it and were happy to close for an hour or so in the morning.

"The girls in there taught me how to use the proper coffee machine, and then moments later a guy, who I believe was an Italian man – so maybe knows a thing or two about coffee – came in and ordered a double espresso. They were like, ‘Right, you're on your own’. So I made a paying customer a coffee.”

Raised in the rural market town of Newbury, at first Hicks made a name for himself as a session guitarist, before releasing his first solo single at the start of 2017. Soon after he was made BBC Introducing Artist of the Week, receiving extensive radio play across the UK, and has since accumulated over 2.5 million Spotify streams.

“Quite often, artists get so obsessed – and that was definitely me at a certain time – with getting on these editorial playlists that they look past nurturing smaller relationships, and at the time these more independent people were championing me way more. However that support culminated in me starting to get on some bigger Spotify playlists. And people ask me about this a lot,” he adds, “they say, ‘Spotify is shit, isn't it? You don't get paid enough’.

"While that is absolutely true in terms of the pay could be more, I've always been someone who thinks you’ve got to embrace what the scenario is. I could sit here being like, ‘Woe is me, the Spotify streaming rate is terrible’. Or I could realise that I've got fans in Malaysia, Indonesia, Australia and far flung places that I would never have otherwise. So there's definitely silver linings in all of it. I think you've got to make the best of what's there while trying to improve it as well.”

There was definitely a voice that said: That's going to be too rocky and you're ‘this’ kind of artist, so it's not going to fit

Hicks’ music blends pop, blues and folk influences, combining intricate guitar composition with classic pop song-craft (although not too much, as he explains later), and he credits his early influences as being slightly more mature than that of his peers.

“The first CD I was ever given was Westlife when I was about eight or nine,” he recalls, “and then I felt like I was always late to the party. All my friends had Sky TV with access to all the music channels, so my music tastes up until I was about 13 were massively influenced by my parents.

"I was listening to The Beatles, Squeeze and Sting, and in the car listening to the radio, Terry Wogan was my DJ. I'm really chuffed with that! So my background in music has a lot of ‘60s and ‘70s stuff, and I'm grateful for that because Paul Simon gave me a big, rich tapestry of older music.”

Something clicked when he was given John Mayer’s Where the Light Is on DVD when he was 19.

“I watched this thing and it changed everything for me because I couldn't believe I was seeing someone play amazing guitar, but mixing it with really cool, accessible pop songs, great melodies and cool grooves,” he enthuses. “That moment was a fork in the road for me.”

In the past Hicks has admitted that if an idea didn’t quite fit what he perceived to be ‘his sound’, he would just abandon the idea, but he chose to stick it out when writing Mirror Mirror even though it saw him straying slightly out of his lane.

“Before I released my first single, I was recording for the best part of two years just trying to work out how I wanted to sound, and it took kind of stumbling across two songs where I finally went, ‘Okay, this is a sound that works for me and I'm comfortable with, and here's what I want to sound like’, and I put that out. All the subsequent singles after that and the EPs stayed within those realms because that's where I felt comfortable.”

Hicks initially intended to release another EP, but with some persistent encouragement from producer Sam Winfield, he soon gave into the challenge of writing his first full-length album, and knew he’d need to expand his sonic palette.

“I said, ‘Okay, if I'm going to have 11 songs, they can’t all be the same song or have the same feel; I'm going to have to run with ideas that maybe in the past wouldn't have fit that mould of the first couple of songs’. I came up with the intro riff and there was definitely a voice that said, ‘That's going to be too rocky and you're ‘this’ kind of artist, so it's not going to fit’.

"And then the other voice was in album mode and went, ‘No, just run with this’, and I’m so chuffed I did. That's why I wanted to put it out first because the people who've heard me before maybe weren't expecting it to hit that hard, and I liked that. I think first singles should be a bit of a statement, and showing the rockiest song was something I was excited about.” 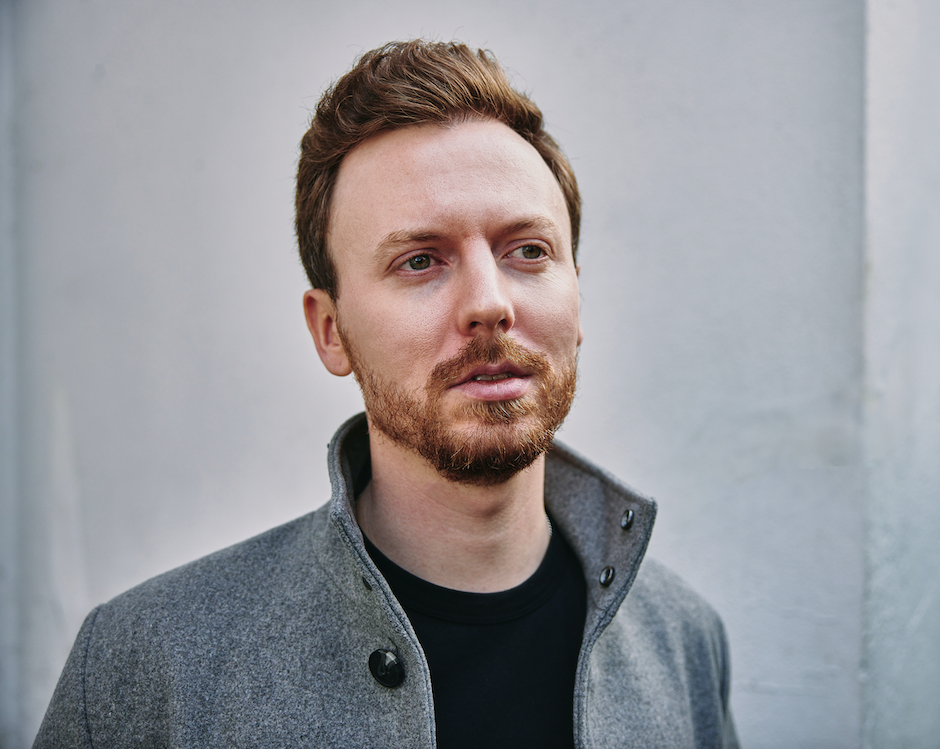 Despite its radio-friendly sound and undeniably optimistic feel, Mirror Mirror tackles the scrutiny we can all be guilty of putting ourselves under at times. Hicks nods, confirming that in a way, the song is about reassurance.

“It’s about when you’re feeling beaten down by the world, acknowledging your fears and giving yourself a damn good talking to in the mirror. I like to delve a bit deeper into how I'm feeling. I prefer to catch feelings when I'm on the way out of them,” he realises, “so that I can catch a bit more of an optimistic edge.

"Even though I'm talking about something that's about fears, doubts, everything that's gone on during the past two years and the uncertainty of a music career, I think that ultimately it's about lifting people up, and lifting myself up.”

Hicks reveals that he’ll be releasing the single One More Step along with B-side Make It Home on May 19, the former which sees him pushing himself outside of his comfort zone once again.

“That's probably the poppiest song on the album,” he acknowledges. “It’s pushing the boundaries in as far as how ‘poppy’ I probably would want to go, and it's interesting for me because I've always lent heavily into the guitar playing. This is different in that the drums and bass provide a lot of it so I can sit on the top and do more lead-y stuff. It’s another song that's a comment on where I'm at in my life and career and wondering if all the time I spend on it is going to pay off in the end.

"When you pursue something that's a bit outside of the box like a music career, you really have to spend nearly 24 hours a day on it. You hear stories about people that actually achieve their dreams and then feel hollow, and it’s about me wondering, ‘Will that happen if I get there?’

“Make It Home is the other end of the spectrum of the album, which is quite acoustic-led, and that's a bit more of a feel good acoustic sound. My bass player, Josh said that it sounds like a ‘driving with the windows down, your hair blowing in the wind’ kind of song. I'm excited for both songs; I think it's a good double whammy,” he grins.