John Mayer: The Search For Everything

Having become arguably the best loved blues-pop artist on Earth, with visits to virtually every mega-stadium of each nation, John Mayer’s latest album title The Search For Everything suggests that we find our hero in introspective mood, wondering what it’s all really about.

Perhaps not surprising after a whirlwind few years — the end of the noughties saw that deeply personal interview with Rolling Stone, after which Mayer retired from the public for some time. Then came the big health scare: he discovered a granuloma on his vocal chords, a real threat to his career.

Albums Born and Raised and Paradise Valley revealed a move into Laurel-canyon style folk and country influences, and we now find ourselves in the odd position of judging The Search For Everything, when most of it has been already released; in a true Spotify-era move, two EPs were released, The Search For Everything: Wave One and Wave Two. Either way, this foreshadowing revealed another artistic shift for Mr Mayer — the country-folk less predominant, making way for R&B influences, and an all round pop-rock sound. John Mayer has always been something of a marmite character in his straddling of blues-guitar hero that purists have to admire, with the stadium filling pop-sensibilities. The Search For Everything continues to prove that it’s what this man was put on the planet to do.

While most of this album revolves around the classic Mayer sound, opener Still Feel Like Your Man has surely the funkiest, R&B dancey feel that he’s ventured into as yet. As Mayer croons, “I still keep your shampoo in my shower, in case you want to wash your hair,” vintage keyboards and the guitar maestro going for a retro playing style mix up with a nonetheless contemporary sound; and you simply couldn’t open on a more solid note.

We then immediately revert to another of Mayer’s biggest selling-points: acoustic-folk. Emoji Of A Wave has a corker of a chorus as the singer belts out over male voices. The only complaint here is surely such a globally successful artist could have splashed out on a real string section, rather than the very MIDI-sounding violins and cellos we get here.

Love On The Weekend was one of the songs released on the promotional EPs, and it’s a song you can happily listen to on two separate records. It’s here you begin to realise this album has opted for a more ambient, slacker-rock sound, and I mean that in the most positive term. The extra reverb is a wonderful thing; the more minimal guitar and Mayer’s velvety tones unite to create something truly special here. 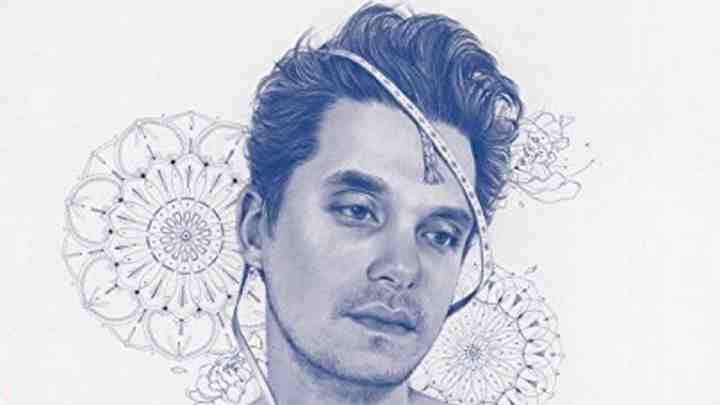 The maturity of John Mayer's sound here is spectacular.

Continuing with this theme is another huge highlight — In The Blood opens with a tone-setting guitar drone, and gentle acoustic guitar, as Mayer ponders, “how much of my mother did my mother leave in me?” The lyrics are the best possible example of his simple and profound way with words. Sheryl Crow provides backing vocals on another beautiful piece of music, only five tracks in.

The piano-led Changing is quite likely the most catchy number on this record, as Mayer contemplates the need to adapt and change throughout life. There have been a couple of guitar solos up to this point, but this seems to be the first song in which the virtuoso seems comfortable enough to fully let rip. This is followed by an instrumental moment: Theme From the Search For Everything. It’s the kind of music that would go perfectly in the interlude of a Western. Again, don’t get me wrong, that is only meant in complimentary terms.

Moving On And Getting Over harks back to the sound of Still Feel Like Your Man — lo-fi, but very, very danceable. It’s catchy as hell, the jazzy guitar playing is a total delight, and the new spacious sound is triumphant. As we gradually reach the end, Rosie brings in a brass backing which obviously goes perfectly, along with some fantastic retro organ. Roll It On Home shows the country stylings of Paradise Valley haven’t been banished entirely, and piano ballad You’re Gonna Live Forever In Me closes, with a whistling-piano duet that is pure genius. As for the rest of the song, it’s anthemic brilliance. Ending the album with the abrupt sound of the piano pedal being released is a lovely little touch.

Albums with zero filler are such a rare and cherishable thing, and The Search For Everything is just one of those albums. The maturity of John Mayer’s sound here is spectacular — it’s difficult to put into words how this is the classic sound of this artist, and yet a few subtle tweaks have launched it into something new. After one listen, your brain will be locked in a battle over which melody to leave you stuck with. You needn’t choose carefully, there’s too many gems here to count. John Mayer continues to walk the line of staggering musical prowess and radio friendly songwriting, and he does so unchallenged.