Lee Coulter: Sing For Me

Australian born singer-songwriter Lee Coulter sheds a little light on imposter syndrome, and reveals why he felt compelled to create a song for healthcare workers during the pandemic.

Lee Coulter is a singer-songwriter, music producer, filmmaker and children’s book author who frequently brings a hopeful perspective to universal themes, which in large part thanks to his multiracial, multicultural and multinational life.

Born in Australia to a Vietnam war veteran father and an Indonesian mother who survived a genocide in her hometown, Coulter grew up unwittingly navigating the contrast between the pleasant suburbs outside of Brisbane, Queensland and the weight of war-inflicted trauma from both sides of the family tree.

He discovered the hope inducing, healing power of music as a pre-teen when he first started harmonising Simon & Garfunkel songs with his guitar-playing older brother, Jono, and has been sharing what he has learned of that power in his own music and writing ever since.

“I was fortunate enough to be pretty young when I discovered my love for music,” remembers Coulter. “I was probably about 11 or 12 years old when I knew I wanted to be a musician. At the time, I was being told that that's really rare! I was singing Simon & Garfunkel and The Beatles when I was a preteen with my brother. He played guitar, I played bass, and we sang all the songs together for our family members at any get-togethers.”

In the coming years, Coulter would go on to be influenced by everything from acoustic folk, to 60s and 70s music, hip hop, R&B, soul and Motown.

“In my late teens and into my 20s I found my overall sound, which I'd say is as an acoustic singer songwriter mixed with a little bit of soul – just being a bit more rhythmic,” he clarifies. “That's why Paul Simon is one of my favourites – he's got the singer-songwriter vibe, and it's got the rhythmic tangible stuff, too. So that describes my sound. I'm 15 years into my career and still working on the elevator pitch,” he chuckles.

For the last 15 years, Coulter has been living in San Diego where he’s been honing his talent as an original singer songwriter writing, recording and promoting his music as a self-managed, self-contained business – which has included a #1 single on Itunes in Australia and New Zealand and opening for notable acts like Chuck Berry, Tom Jones, Griffin House and Martin Sexton.

“I moved to the United States when I was 23 years old. I'm now 39. Most of my music career, I was already writing songs in Australia: I played in my bedroom and recorded in my bedroom. But I wasn't really a gigging musician in Australia, I thought I was just gonna be a writer and a producer for other people. I started doing that for R&B artists in Australia on a small scale. Soon after that I moved to the United States where I started playing open mics and doing the gigs, where I felt like a gigging musician that was paying my dues. So all of my hardships and my musical hardships are in the United States!” he realises. 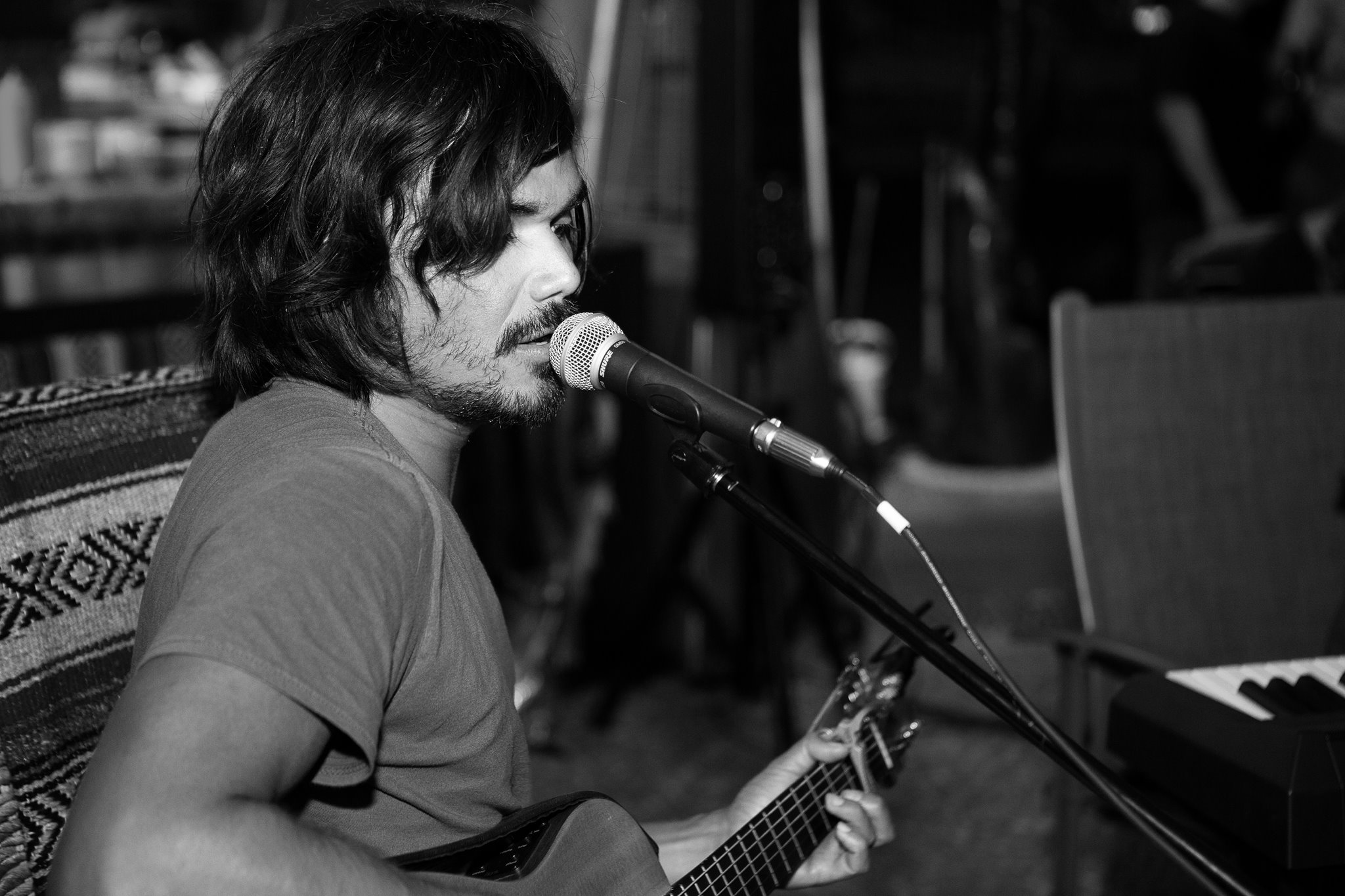 I felt really compelled to write a unifying song.

“I've always been a fan of the American sound and American kind of poetry – this country invented blues and rock and roll. I love Americana and it was always going to influence my sound, and I think it's made me feel more authentic living here.”

“Every artist has an imposter syndrome,” he answers. “As an Australian singing Americana and folks in America, it is easy for me to have imposter syndrome! But I'm hanging with a bunch of Californian songwriters that I consider my friends, and many of them look up to my songwriting as what they want to achieve, so that makes me feel like I'm not just a fan. I'm not just a 11 year old kid that wants to sing Simon & Garfunkel songs – I'm a part of the scene and that feels good.”

His “second career” – as he calls it – is the slightly less glamorous, guitarist-in-the-corner, fly-on-the-wall, corporate gigging, wedding singing, cover-song-playing musician who works under the radar to support the original career and ensure the bills are paid.

Coulter quickly realised that in order to keep his lifelong dream alive to pursue his own music, he would have to learn to appreciate both careers and understand that while one was more passionate and creative than the other, the lessons and gratitude learned in both were crucial to the overall picture.

Even playing wedding DJ the past four summers while getting fan mail from around the world for his original acoustic songs – as ironic as it may seem – was used as a learning opportunity as he studied from behind the DJ booth what exactly about every classic hit song that he spun made people sing along or move or light up.

It’s the way that Coulter turns what could be seen as a setback into an opportunity that makes his music feel like a light at the end of a tunnel to his fans. Even with the typical concerns of a life as a paycheck to paycheck artist, being a father to an 11 year old, and now being a musician in a pandemic, Coulter continues to find ways in music, collaborations, videos and children’s books to share the experiences that may help others understand that we are never alone and always connected in our trials and triumphs.

As soon as lockdown hit, Coulter knew that he wanted to create a song to try to lift spirits, dedicating Sing for Me (quarantine song) to all healthcare workers, the unwell, the high risk and everyone else helping by staying home.

“I felt really compelled to write a unifying song. I wrote a song in the first week of the pandemic and recorded it in my home studio. I was trying to create something that was good quality because I had all the production skills right here at home without needing any help, so I thought that was something that I could do.”

What could have easily been a very morbid song is made upbeat by Coulter, who has a natural way of putting a positive spin on things:

“The juxtaposition of the reality of the song was not lost on me when I was writing it and recording the video,” he says. “The idea behind it was that when stuff starts to feel like chaos, because of the news and the mass confusion and massive disagreement…” he trails off.

“What I mean is, this is a very new thing for most of us – we haven't gone through something where the whole world is on the lookout. What’s happened has an eeriness about it. So I thought, people are already afraid in their lives – there is enough to fear going on. People are feeling the weight of this massive worldwide thing right now, and when you feel the weight of that, you're more likely to feel isolated and fearful.

"I needed to put something out that was saying, ‘hey, we're all feeling this. Let's get together in that feeling instead of going into the fear. Let's get into the unity of it because we're going through the same experience and trying to direct the energy in that direction’.

“That’s why I made it super poppy,” he notes “I wanted it to reach the biggest audience as immediately as possible. I didn't want it to be a song that you had to listen to 10 times to go, ‘I kind of like that song!’ I wanted it to be one of those songs that the first time you hear it you want to replay it. I'm a fan of getting the message in the music out in whatever way I think is most effective for the medium.”

“Some said they will listen when driving to work every day just to amp themselves up, because they've been going through a lot. That makes it totally worth it and super meaningful because all I'm doing is coming up with the lyrics and music in the comfort of my house – I'm not in danger! So it feels good to be helpful in that way.”