NAGYEDi (real name Edi Nagy) moved from Hungary to London two years ago, and is something of a defining figure in the alternative music scene in her home country. Although her music could be loosely described as an elusive, unique mix of alternative pop, she finds it hard to pin down just what it is that inspires her experimentation with jazz, pop, trip-hop, downtempo and tribal rhythms.

“I have always felt a little bit embarrassed because I actually stopped listening to music, because there's always some kind of music – be it vocal melodies, lyric ideas or even beats in my head,” she confesses with a laugh.

“To be able to focus on those, I need silence. So when people ask me, ‘what music do you listen to?’ I'm like, ‘well, actually, nothing!’ I still like music, of course, and I listen to other stuff, but when I'm writing something or if I'm waiting for some idea to pop up, I prefer staying in silence because for me, there's always music somewhere in my head.

"So I'm kind of inspired from the inside! Those unique vocal melodies I write, those come from the silence, actually. I’ve stopped feeling embarrassed now, because that's me,” she shrugs, grinning.

“I used to listen to jazz,” she volunteers. “I was a big fan. I still am. I like Portishead, Nine Inch Nails, Nina Simone, big pop classic divas like Whitney Houston, and when I was a teenager I totally fell in love with Alicia Keys. When people usually ask, ‘what kind of music do you play or create?’ I'm like, ‘have you got half an hour?’ It's a mix of everything!”

Since moving to London a lot has changed for the singer-songwriter, meeting her now husband and welcoming a baby boy into the world in May of 2020.

Joking that she’s “a witch” after sharing that she once wrote a song about being tired of being alone, only to meet her now-husband two days later, (“I think my words can be super strong, or my thoughts!”) NAGYEDi says that the circumstances that saw her move to London also seemed to stem from her putting the right energy into the universe:

“I was like, ‘maybe I should go to the UK, but there's no jobs’. I'm not kidding, in 10 minutes I received an email from an agency in the UK offering jobs. I'm sitting there like, ‘oh my god, that was fast!’ I thought that maybe this was a sign that this idea was something to follow. I actually always had a feeling that London is a calling for me, and that I had to come here.

When people usually ask, ‘what kind of music do you play or create?’ I'm like, ‘have you got half an hour?’

“Moving to London was one big change in my life, and then becoming a mother was another big change, and then this whole pandemic was a worldwide, giant change for everyone,” she reflects.

“I feel like I was one of the lucky musicians in the lockdown because I probably would have stayed at home because of the pregnancy anyway, so it wasn't as painful to skip gigs and not being able to stand up on the stage and play live. But now I'm missing it – now it's becoming painful again.”

NAGYEDi’s recent song, Out Of This World was released as an NFT (non-fungible token), making her the first Hungarian artist to embrace the format, although she’s the first to admit that it took her a while to get her head around the concept, which is understandable.

As a refresher, an NFT is a unit of data stored on a digital ledger called a blockchain that certifies a digital asset to be unique, and therefore not interchangeable (thanks Wikipedia).

The technology is a growing trend in the digital art world, and recently has been branching out into the viral video and meme worlds; you probably heard about the ‘Disaster Girl Meme’ selling as an NFT for £341,000, and 2007’s 'Charlie Bit My Finger' video (formerly the most viewed YouTube video) selling as an NFT for £500,000. Not bad for 56 seconds of work.

“The idea came from my husband; he started talking about these NFTs, and I was just looking at him like, ‘what's this? I didn't understand the word!’ After doing research, I kind of liked it actually – it's a new way to mix visuals and audio. It's still something that I'm sure that other musicians are experimenting with as well.

"You can spend a lot of time improving your skills, writing a song, releasing it, and sometimes nobody will hear it. Artists can do all this and then still starve every month, so this might be a good opportunity to be paid and be appreciated as much as an artist deserves to be appreciated.

“The way we look at making music has changed a lot,” she considers. “We all have to find a solution to make music and to stay connected with our fans from our living rooms or from our bathrooms, or whatever we have.” 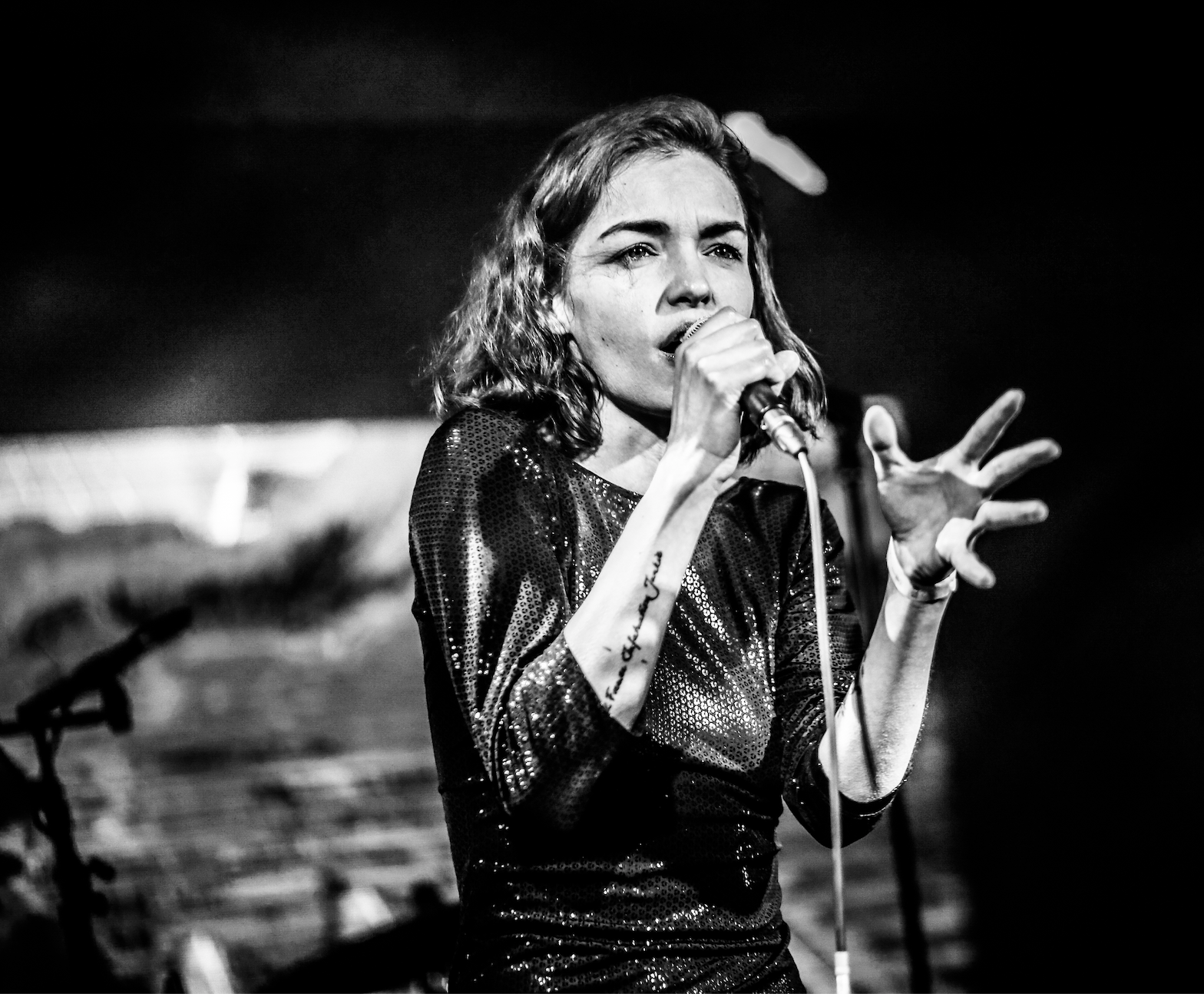 Out Of This World is the second single in which NAGYEDi not only appears as a songwriter and lyricist, but also as producer, and directly addresses themes of birth and her own experiences of becoming a mother.

“Actually, I used to call them bittersweet because the lyrics are always about: this is the trouble, that's the problem, that's the thing it caused, and this is the way you can climb out of the depths. They always have some kind of life lesson at the end, and that you should never give up and go on to be happy.”

NAGYEDi recently participated in QSC’s initiative to support locked-down artists by taking two K12.2 active loudspeakers and one KS212C subwoofer through their paces at home, which with no gigs in sight, was a tonic:

“I loved it! Those speakers made me feel like I was having a gig. I felt like I was on a stage.

It was super easy to set up, the biggest problem was to decide where to put them! It was really good to finally sing – I've got this very strong, loud voice, which, when I was a kid, I felt ashamed of. I sang in a school choir, like [she sings very quietly], because I knew that if I sing like, [she suddenly belts out a loud ‘aaaaaaaahhhhhh’] then everybody was gonna look at me like, ‘what's going on? You're louder than the whole choir!’

"But you have to let it out, and when I got the speakers, the task was to let it out. I felt I was setting myself free again. That was the coolest part of the whole thing; when I let my voice out I forget about everything surrounding me.

"It's been held back for a while, and when it comes out...oh, wow. That's what I'm missing, because you have to be 100% on stage. You can't hold yourself back from being who you are, because otherwise nobody cares, you know?”