Hawaiian singer-songwriter Oceana Heartsong has been pursuing a musical career that has huge potential. Here she talks us through her influences, aspirations, and process when it comes to creating beautiful music.

Hailing from humble beginnings on the small Hawaiian island of Kauai, the super talented Oceana Heartsong only recently returned to Hollywood, which is where she now resides.

While she is happy to be back in the studio, immersing herself once again into her various projects, she is grateful that she was able to visit her island home to clear her head and reconnect with nature.

Heartsong reveals that her main musical influence growing up was her father.

“I was always hearing my dad play songs that he had written on the guitar,” she says. “He would play a lot of Bob Marley, Stevie Wonder, Aretha Franklin - all the classics. He played at home a lot and we travelled quite a bit growing up so he would always bring his guitar and play it wherever he went.

“I also listened to a lot of island music growing up, and we didn't have a TV, so I wasn't really immersed in pop culture from young.”

It was in fact only around two years ago that Heartsong got into music, as she originally came out to LA for acting. Following an accident in which she broke her left knee and required surgery, she was immobilised for a number of months, which incidentally marked the start of her musical journey.

“I got really obsessed with music because I basically couldn't move,” Heartsong explains. “So I started learning guitar, watching a bunch of music documentaries and interviews, and soon decided that this is what I want to do.

“Since I got back to Hollywood I’ve been recording a lot; my team and I have really been diving into what is to come, and I feel like I've been writing my most honest and fresh material, which is really exciting for me,” she adds. “So I’ve really just been starting to gameplan what and when to release and how I want to go about it all, and things are good.” 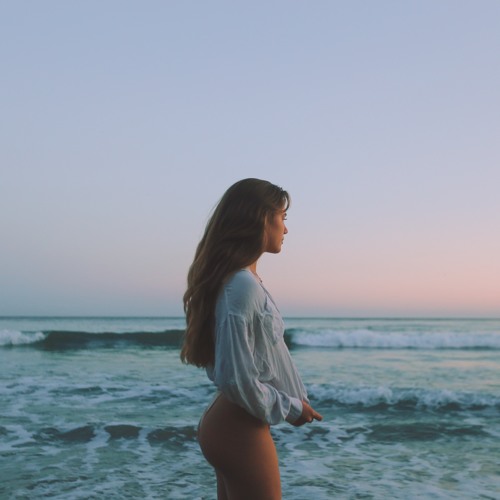 Songwriting is so vulnerable. It’s literally like giving the world your soul, or letting everyone read your journal.

During her time in LA, Heartsong has been getting by working with a number of different producers, whom she has met through various mutual friends.

She cites vocal influences such as Billie Eilish, Jessie Ware, Rosalía, and Alina Baraz, “who has just got that really pretty, sultry sound.”

“I'm really excited for whenever quarantine lifts and we can do live shows again,” she remarks. “I think I want to mix the singer-songwriter vibe with that full on stage freedom, being able to dance, run around and do fun stuff with big light shows.

“I play enough guitar to write and to accompany myself if needed, but there's so many amazing guitar players out there that I might as well be a performer who's all over the place with my mic in my hand, and let someone else rip up the guitar. However I do want my shows to be very intimate, no matter what that exactly looks like for me personally.”

Heartsong says she rarely struggles to find inspiration when it comes to her songwriting process:

“I’ll come up with a concept, usually with a melody first, and then lyrics,” she says. “When I’m writing on the guitar in my bedroom, it’s a little more poetic however. Songwriting is so vulnerable. It’s literally like giving the world your soul, or letting everyone read your journal.”

Heartsong’s latest track Ultraviolet is clearly based on a conversation, and it was written as such, echoing feelings of truth and vulnerability.

“I also have this song based on this really beautiful, painful poem that my brother wrote,” she explains. “One day I just picked up my guitar and decided to make it a song. It's almost tough to sing because it's kind of sad, but everyone that has heard it has been like, this is one of my favourite things of yours. It's blown my mind, because it's made me really realise how much people just seriously want to hear raw authentic, gritty truth.

“I actually think I need to elaborate on the chords,” Heartsong adds. “On that track I play the C major seventh chord, and I just move the root note, so that's literally all I'm doing on the guitar the whole time. So if I'm getting such an amazing response to a song on which I'm playing one chord, there must be something in the lyrics or something in the emotion behind the song that people love.

“In these crazy times, music is literally saving so many people's lives and carrying them through their hardships. Music can be used for celebration, but it’s also so important in getting us through these times when we’re struggling.”

Fortunately for her, Heartsong has been finding lots of time to write music recently, which she is hugely thankful for.

“When this was all beginning, I really wasn't sure which direction it was going to take me,” she admits. “I was wary that I was going to get full on writer's block, but I’m really glad that I've been able to stay pretty creative, and had the chance to reconnect with myself.

“I have my rough days, but I just remember to stay really thankful and blessed, because I know a lot of people are really struggling and my heart fully goes out to them right now.”