Oz: Me, Myself and I

Growing up in her family’s pizzeria in Soho, Oz spent a lot of time mingling with its clientele of actors, gangsters, drag queens and sex workers. Just like them, Oz has a story to tell, and she’s not afraid of getting a little weird.

The alt-pop artist’s music – like Oz herself – is headstrong, provocative, fierce, and as I learn, is never anything less than honest.

“Growing up in an environment like that, you learn very quickly that no two people are the same,” she says, speaking to Headliner from her flat where she’s hanging out with her little rescue dog in an eerily quiet Brighton.

“There is literally no normal; normal doesn't exist. I think it was a great way to grow up, because straight away your eyes are open to all different people from all different walks of life, so there is nothing that frightens you.

"People are always afraid of the unknown; they are afraid of things they don't understand. But when you grow up somewhere like that, you are immediately accepting of everybody, and that makes for a much more fascinating world when you can be surrounded by different cultures and people from entirely different walks of life. If everyone was the same, that would be the most boring thing in the entire world.”

Oz has always been an inquisitive person, and her unique upbringing went on to influence her songwriting. A fascination for hearing other people’s stories gave her a broad palette to work with when it came to penning her own tunes.

Oz has been a songwriter since her early teens, after her father’s passion for music inspired her immersion in the worlds of bold musicians like The Clash, Dolly Parton, No Doubt and Kate Bush.

“When it comes to songwriting, I have far more to say because it's my perspective on other people's stories that they've told me, and it's me retelling them in my way.”

Her early demos resulted in her working with established writers and producers when she was just 15 years old, quickly establishing herself as an in-demand songwriter before she forged her signature style during sessions with Biff Stannard (Ellie Goulding, Kylie, Spice Girls). She even signed a major label deal as a teenager, but ultimately their aims clashed: the label wanted a pre-packaged pop star, while Oz felt closer in spirit to Alanis Morrissette.

“It just snowballed really,” she reflects. “I signed a record deal when I was 16 and a publishing deal when I was 17. The music industry is a bit like that saying that men are like buses: when you want one, there's none around, and then when you're not looking, three show up.

"The music industry has this weird alchemy where everything suddenly aligns and it all just comes together, so I think my career so far has been a happy accident,” she laughs – although she’s being serious. “I know that sounds weird to say, but in and out of music I’ve been working in retail. I think just through pure stubbornness, I've managed to stay in music since I was a tween.”

I've always been drawn to the darker side of music; You often find deeper messages with artists that push the boundaries.

Aged 18, Oz realised that her label was only interested in packaging her as a pop artist (and potentially one that would have to wear a lot of pink). Feeling that it was unlikely that she would be dropped, she asked to leave the label.

“I didn't know that it was going to be the right decision, and there was always that part of me that was going, ‘Am I gonna shoot myself in the foot here?’ But one of the things that's really important for artists is to be authentic. Even if I had stayed at the label and done music that I was comfortable with, or aesthetics-wise what I was comfortable with, I still think further down the line it wouldn't have worked out because the general public that buy records are not stupid people. They can see through the crap and the bullshit, and if a person isn't being their authentic self.

“Now in 2020, it's a time to be your authentic self and embrace who you are,” she asserts. “I just knew that if I'd stayed on the label and made music that I didn't believe in, I would have been miserable. I wasn't prepared to play that game and I've always been encouraged to be who I am. That was something that has always been really important to me, so I wasn't prepared to let that slide.”

Unsurprisingly, Oz has always been drawn to artists that push the boundaries and have something important to say:

"I guess I have a slightly macabre taste in things, and for me, music has been a way to expand my horizon in every aspect of my life. I think it's really interesting when you listen to an artist that talks about something that somebody else necessarily wouldn't feel comfortable talking about, or explores an issue that the media tries to avoid.”

She’s quick to point out that she loves a cheesy ‘80s love song as much as the next person:

“Big cheesy ‘80s fan – I love all of that stuff! But I've always found it really interesting when an artist goes, ‘I'm not going to play by the rules; I'm going to say something a bit more out there’. It’s inspiring when people put their careers on the line to say something that matters.”

She recently shared the biggest statement of her career so far with her debut EP Jupiter, which is uncensored, all-out Oz. The EP’s title track (“a call out to the bad bitches”) sees her pay tribute to one of her best friends, an ex-stripper who does and says exactly what she wants, while Foot Down is a song about being the master of one’s own destiny and not letting anything stand in your way.

“I think I’ve always been one of those people who reacts to the word ‘no’,” she admits with a grin. “When someone says, ‘no you aren’t good enough’ or ‘no you can't’, I immediately make it my mission to prove them wrong. Foot Down is about lighting that fire in yourself and going after what you want no matter what anyone says. I’ve had an interesting journey in my musical life and I’m in a place now where I feel ready for anything and Foot Down is my musical expression of that feeling.”

Oz shares that she has albums and albums worth of music that will likely never be heard, but she was determined to let this track see the light of day:

“If people tell me what box I fit into, I go the other way. That’s how this song came about really; it was definitely fun to make a ‘middle finger in the air’ track.” 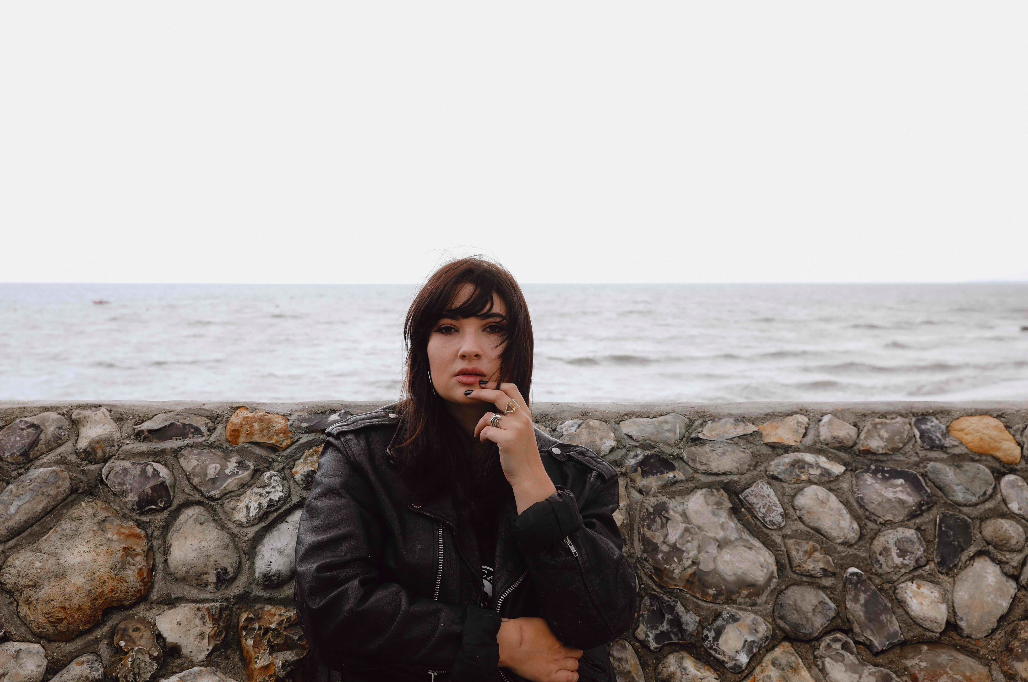 And her choice to record as Oz rather than her real name?

“The part of me that’s Oz is my weirder side,” she explains. “Oz has always been the nutter. Oz is my Sasha Fierce – she’s the part of me that isn't afraid to be dark and weird. I write songs that maybe don't make sense to everybody, but I know what I'm all about. I'm the one that isn't afraid to push boundaries. Then I have my songwriter side which knows the formulas of writing pop music and that knows how to work with an artist to get the best out of them.

She immediately notes that she is very aware how odd it sounds to have just referred to herself in the third person:

“It sounds really pretentious, but that's how I separate my songwriting and my artist side,” she laughs. “They're not completely different people, but they're from the same family, because it's all from me. When you write pop music, you're not always free to bend the rules, so I wanted to really push the boundaries with myself and make something that didn't sound like anything else.”

When it comes to imparting her wisdom onto other aspiring artists out there, Oz stresses the importance of having a manager that believes in you:

“I have had the same manager since I started; our relationship has lasted longer than most marriages! We're like family, and I think if I hadn't had her as my manager, I may well have given up a long time ago because she pushes me through. Also I think it’s good to read a lot of biographies and autobiographies of other artists to learn where we've been musically before we know where to go. One of my most valuable teachings is to stay true to yourself. It sounds cheesy, but if something doesn't feel right, trust that.”

Through writing for other artists, Oz was able to find her way to her authentic self when it came to songwriting:

“When I was writing songs for other people, I was very much trying to make music that I thought would show everybody that I can be successful and I can be a big pop star, but I was just making music for the sake of trying to stick it to the man, I guess, which was silly. Working with other artists really drilled home that it is okay to be who I am. I really did discover what made me special, and having lost that for a while, it was nice to get it back.”

Oz says that being unashamedly herself has become more and more important to her over the years:

“I've seen too many of my friends lose themselves or feel that they had to hide parts of themselves in order to fit in or be accepted by society, and I just accepted that that's something that we have to do as human beings.

"When writing the EP, I wanted the message to be: look, I'm weird – which I am. I'm really weird, and I like weird stuff. I like to write weird music, read weird books and watch weird films. And that's okay – go nuts! You can do it too. That was an important part of myself that I wanted to give to other people.”