Zeds Dead: We Are Deadbeats

Zeds Dead are knackered. At the time of writing, the Canadian electronic music duo of Dylan Mamid and Zachary Rapp-Rovan have just arrived in London, after a very late headline slot in Paris the night before.

When I ask what time their slot at London’s legendary Ministry Of Sound is tonight/this morning, Mamid says: “3am.” Rapp-Rovan’s expression looks a little weary at the prospect. Of course, when they hit the stage, the adrenaline will kick in, feeding off the thousands of dance enthusiasts in the room.

But, understandably, it’s these in- between moments on the road and in hotels where these nocturnal tours take their toll. “There’s nothing going on in my brain right now,” Rapp-Rovan says when I ask what’s new with them. “So this interview is going to be amazing!”

“We literally just got off the Eurostar,” Mamid says. “They don’t seem as fancy as they once were,” Rapp-Rovan says. “Not like those trains from the 1900s!”

As their manager enters the room he jokes: “maybe our manager can field some of the questions.”

Zeds Dead were one of the many names to emerge during the unstoppable explosion of EDM around 2010, but are one of a select few acts to still be going strong since, whereas many of those careers are actually dead.

Interestingly, the duo seem to effortlessly combine virtually every single subgenre that was floating around in the mainstream in EDM’s heyday: dubstep, drum and bass, deep house, trap — I could go on, but the point is you cannot pin Zeds Dead down with one, or even a dozen genres. 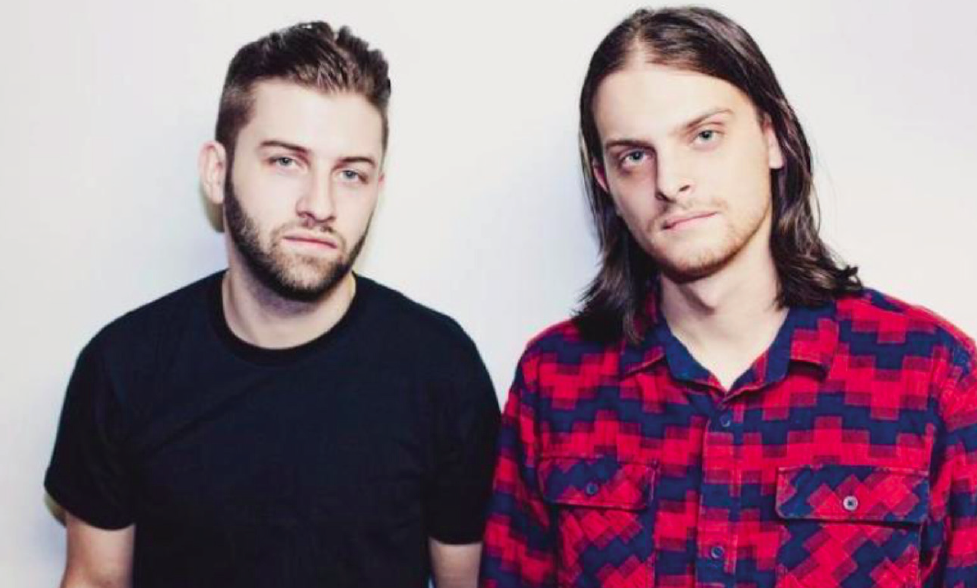 The last album was our first album, and we put a lot of pressure on ourselves and were maybe too 'perfectionist'

This mini-tour that ends at Ministry Of Sound also saw Zeds Dead in Paris and Barcelona.

“They’re three awesome cities,” Mamid says. “Usually when we come to Europe we do smaller towns or festivals that are out of the way, so this has been nice.”

Rapp-Rovan adds: “The dreaded Frankfurt airport connection at 7am! No sleep, on a bus going from one terminal to the other — am I painting a good picture? But in a way, I’m most excited about tonight. It’s the biggest lineup that we’ve put together.”

Tonight is set to be a huge showcase of the duo’s own label, Deadbeats: “We’ve got Dirtyphonics, Gentleman’s Club, Urban Dawn, GG Magree, it’s gonna be huge.”

Knowing London, Paris and Barcelona are all top-tier cities for dance music, I ask if Mamid or Rapp-Rovan hold one of those in the highest regard.

“I’d probably say London the most,” Rapp-Rovan says. “If you really wanna hear electronic music, or any type of music, there’s so much coming through. You guys are spoiled over here.” “And the history of music here, too,” Mamid says.

Zeds Dead recently released their new album, We Are Deadbeats (Vol. 4). The reaction has been pleasing for the pair.

“This album was us collaborating with a lot of the artists on our label,” Rapp-Rovan says. “It felt a little more free. The last album was our first album, and we put a lot of pressure on ourselves and were maybe too perfectionist. It was a long process, but I’m proud of that album.

"With this one, it never started as: ‘let’s make an album.’ We were just making songs and then decided to put them all together. It has the necessary moments that make it an album. The goal is always just to make something great that people really like.”

Read the rest of this article in Headliner Magazine.