A 1Rebel high-intensity ‘super gym’ has opened in Riyadh, Saudi Arabia with Martin Audio’s BlacklineX and ADORN technology at its core.

Sixteen months ago, just before the COVID outbreak brought the world to a standstill, Middlesex Sound & Light (MSL) undertook a contract in Saudi Arabia to implement a brand new gym concept with a‘club-spec’ technical infrastructure.

While it represented a joint venture between 1Rebel in the UK (represented by James Balfour and Giles Dean) and Pulse Fitness Group’s Fahad Alhagbani and Nathan Clute, there have subsequently been a number of venues open in London, all bearing the familiar imprint of Martin Audio BlacklineX loudspeakers.

Large quantities of Martin Audio Blackline X12, X10, X8 and X115 and SX212 subwoofers were supplied locally by Martin Audio partner’s Dubai-based distributor, PRO LAB, along with 16 ADORN A55 for the waiting, changing and reception areas.

1Rebel Riyadh features separate male and female studios, each with its own delineated fitness zones. Knowing that the spec needed to match the high intensity of these studios, with trainers curating their own playlists, Jones began work on the original concept design with lighting designer Durham Marenghi. 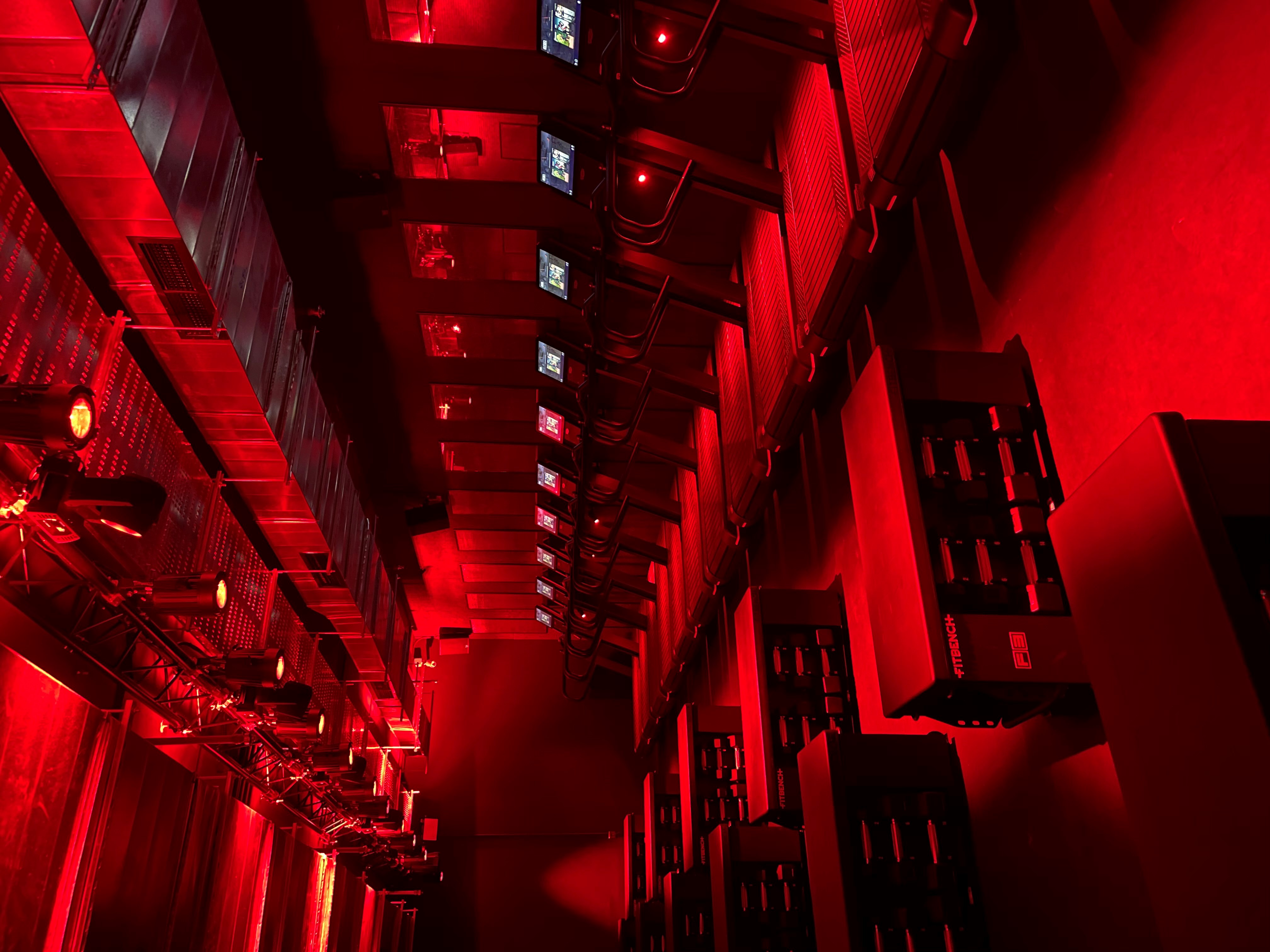 Ten years ago we couldn't have achieved what we have Toby Jones, project manager, MSL

RIDE, a high workout Spin room where 12 x 4m trusses are flown down the length of the room, features two Blackline X115 subs, ground stacked, one on top of the other to the left-hand side of the stage. Two Blackline X12 boxes, forming the FOH audio, are located on the truss above the instructor, with a single X12 in the middle of the truss pointing down as a reference monitor.

Here, a number of video panels in an exploded format are located behind the instructor position and equally down both sides of the room. Meanwhile ten matched pairs of X10s and three SX212 subs are flown down the length of the room, offering the time-aligned delay boxes.

The level of intensity is automatically cued to the lighting. “The instructors have full control of the lighting by way of an interactive 22” touch screen and become performers in their own right as well as handling the ops,” said Jones.

RUMBLE is the boxing studio, where eight wall-mounted Blackline X10 are evenly distributed around the perimeter, with a pair of SX112 at either end of the room again providing high level club sound.

RESHAPE, used largely for treadmill running, cardio and box work, sees 15 Blackline X8 around the perimeter, with a pair of SX112 subwoofers on a central truss.

“The fact that we managed to pull it off was due to great team work,” said Jones. “Ten years ago we couldn’t have achieved what we have, as the technology simply wasn’t around.”

1Rebel Riyadh is the first of a planned roll out in Saudi Arabia.