German GP: Down To The Wire

It’s the Grand Prix: There are 120 people talking across comms at the same time, and split second decisions that mean the difference between a driver winning or losing need to be made. No pressure. Headliner gets an exclusive tour of the paddock at the Hockenheim circuit, where Leonardo Di Biase, motorsport solutions specialist, and Jakob Stellbrinck, head of the motor sport division reveal the Riedel technology that never fails to deliver.

"When I was working with Michael Schumacher, I never paid attention to comms, as I was on a different side of the F1, but what I can tell you is the radio was very heavy, and the headsets – how they now reduce the noise – it wasn’t like that back then. Everything is lightweight, and better-sounding now,” begins Leonardo Di Biase, motorsport solutions specialist for Riedel, while showing Headliner around the Rich Energy Haas F1 Team garage.

“These days, [Riedel’s] Bolero is the best thing for everybody – the ability to get that amazing technology everywhere here is getting better. Everything, including the way we are working, is getting so much faster; and until a few races ago, we were using three radios, and that’s just too much! With Bolero, I can do whatever I want: extra channels and better audio. It’s perfect for me.”

Bolero is on everybody’s lips that Headliner talks to at the Hockenheim circuit this year, and after an explanation about its capabilities, it’s easy to see why: the wireless intercom system is capable of supporting 10 belt-packs per antenna, and up to 100 antennas in a single deployment; it incorporates an ADR (Advanced DECT Receiver) with multiple-diversity and RF anti-reflection technology; and it integrates with Riedel’s Artist network infrastructure, all the while functioning as a walkie-talkie.

In F1, every team except McLaren is using Riedel radios, and 100% of the intercom is Riedel – there are a mind blowing 2,500+ radios working during a week, as well as all of the intercoms. A pretty epic setup, then?

“Yeah! Using Bolero, with one radio I can do everything that I used to do with three radios,” De Biase smiles. “The audio is digital, therefore it’s really loud and clear, plus I can put all the channels on that I want. Using radio, we have five, but in terms of intercom, we have no limit; and I can give all of the team the privilege of only talking, or wanting to listen as well.”

In addition to testing in Germany, Riedel put Bolero through its paces in Monte Carlo three years ago: “It’s the most stressful place on the F1 circuit, as it’s noisy everywhere, but Bolero worked absolutely perfectly,” insists Di Biase. “Everyone’s expectation there is always: ‘there will be some problem’, but we used this, and had no problems at all – it was amazing at long distances, plus the noise is so low, and the audio is way better. Bolero has changed the game in F1, really.”

Interestingly, during a session, each team is allowed to hear the other drivers’ comms when the driver is on the track. “It’s a regular act,” Di Biase laughs, “And always using our Riedel system. Every team can hear all the other drivers on the track. There are many people who have this option, and you can split the people who can hear that. It all depends on the race: if you’re 10th and [Lewis] Hamilton is first, you don’t worry about Hamilton, you worry about a team or driver who is closer to you, so your strategy can be changed. If you have a problem, or if someone is coming for a pitstop, you can hear them and form a strategy – it can really help.”

All Around The World

All team communications are handled through Riedel Artist Intercom mainframes and panels, interfacing seamlessly with over 2,000 Motorola Tetra digital radio systems. This is no small undertaking, as Di Biase explains: “In Team Haas, we have 120 people talking around the world at the same time – all through Riedel. When they have a meeting, everyone is connected. The comms system is very advanced. By radio, we can hear five [RF] channels in the team, with the priority given by a scan list; for instance, we have two drivers: red and green, one for each driver – so the red crew can hear theirs, and so on.

“We can give crew and race comms, and during the race, it’s very important that we give all comms to the whole team because the race channel is also used to call a pitstop. During that, you have all the crew working together despite which driver’s car is coming in (two drivers to one team) – and all of the teams are doing this. So that’s 20 people total working on one pitstop for a refuelling – as you can imagine, that can be stressful! But our radio systems now make everything more efficient behind the scenes.”

The Tetra radios combine the advantages of analogue trunked radio with those of digital mobile radio to provide optimal frequency usage, high transmission quality for speech and data, maximum security against eavesdropping, as well as flexible networking and connection management. Beyond that, the digital trunked radio system supports full duplex communication, GPS-positioning, and connection to the public telephone network.

The system offers the option of operating different virtual channels, and it can leverage IP connectivity to support wide-area operation.

“It’s a real exercise for your brain, listening to all the comms simultaneously – though it’s less crazy than you might imagine,” Di Biase points out. “All comms are in English, and I am Italian, so I work harder – but after 30 minutes, your brain starts to adjust. During one session you’re already recognising who is talking where and when. So you listen to everyone when they talk – and when people have a problem, you have to be ready. It’s not panic, exactly – but it’s stress, and many people are talking. When you hear the accent and voice you know, just run! [laughs]” 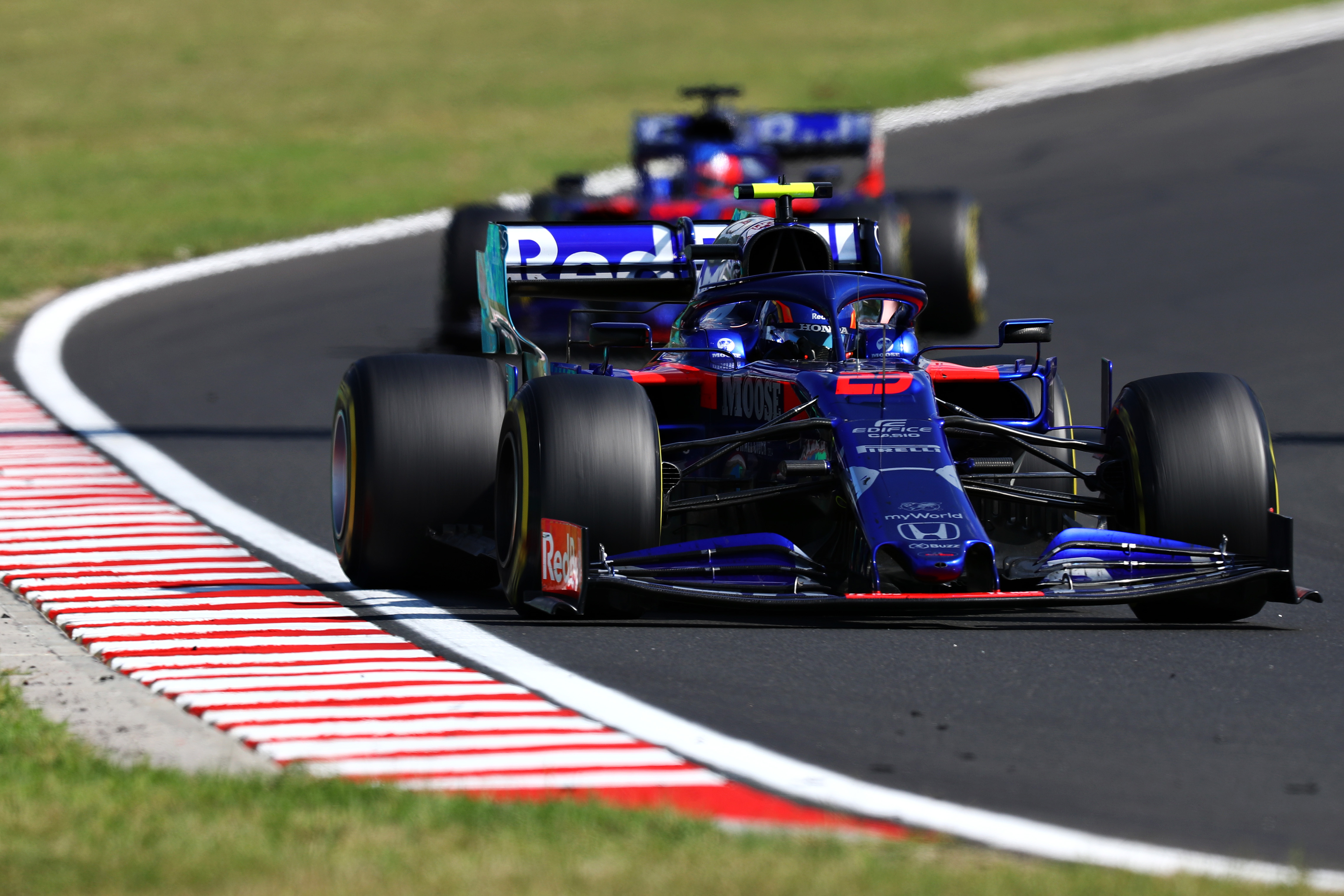