SSE: Off To The Races

SSE Audio worked closely with Bose Professional to upgrade the audio and PAVA (public address and voice alarm) systems at Ascot Racecourse, a project which saw over 1,000 loudspeakers installed across the site.

Audio plays a significant part for the 75,000 racegoers on race days, as they move around the many areas of the site – including numerous private boxes.

The newly-developed Bose ArenaMatch was chosen as the main loudspeaker system for the site, with multiple control locations installed as part of the resilience of the infrastructure, which is at the heart of the evacuation system for the site. Network control for the complete installation uses the QSC Q-SYS Ecosystem, including a plugin developed by SSE Audio and Bose.

In 2006, the entire site was upgraded with a £200 million redevelopment including a new Grandstand, Parade Ring and Pavilion – connected with underpasses. The grandstand, which is 350m long (longer than three football pitches) follows the contour of the racetrack and has a 45,000-capacity including over 250 private boxes.

In the last two years, however, the focus of the Ascot board has been on how technology can help elevate the race day experience, with the first priority to update the venue’s audio system.

Audio is extremely important throughout the duration of an event at Ascot; the racing commentary is played through the audio system, music is featured heavily, and a famous sing-along session takes place at the end of each day at Ascot Royal; with 25,000 people congregating around the bandstand.

On major race days the audio has to cater for some 75,000 visitors. The ambition was to achieve extensive audio coverage across the site, with high vocal clarity and at levels that match the particular location and circumstance. 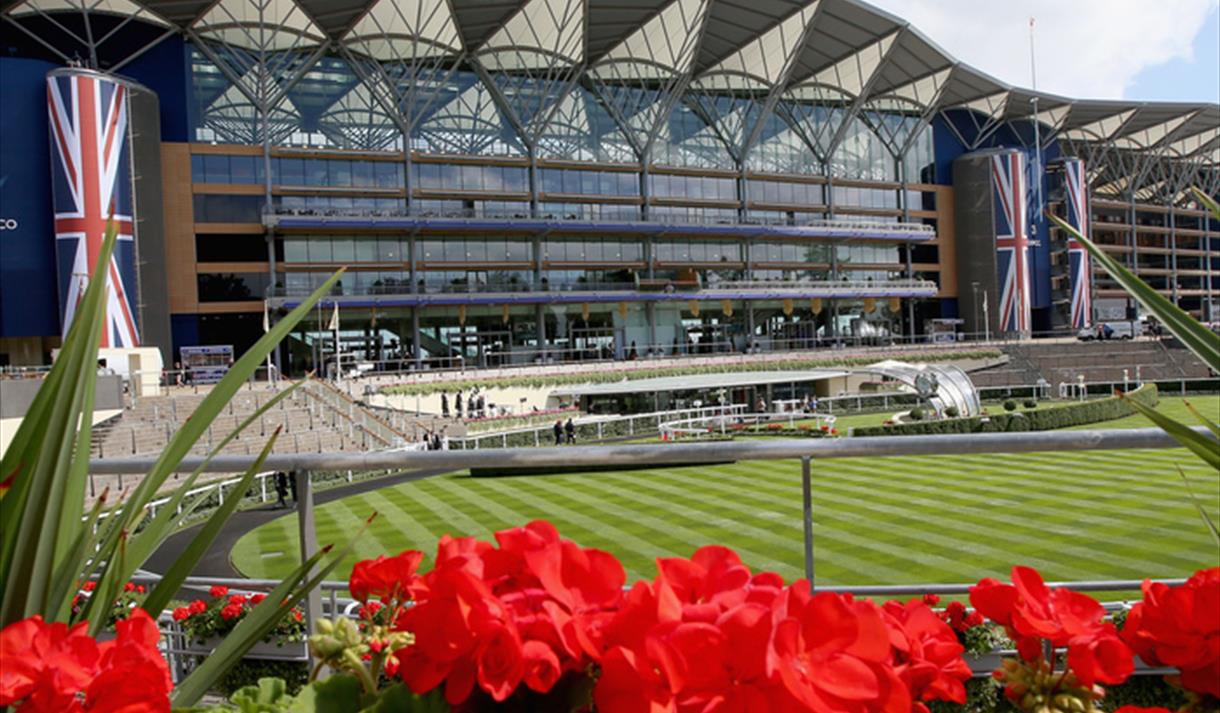 The audio system is also central to the emergency alarm and evacuation system for the racecourse, placing considerable demands on the resilience of its infrastructure.

The final detailed designs included the control and amplification rack in each of five main equipment locations, together with a routing schedule and a control matrix. A new redundant, fire rated, fibre-based network infrastructure was installed, with control locations based in the East, Central and West rack rooms, along with the Pavilion, security control room, radio room and the broadcast control room.

An electro-acoustic design model was developed by SSE Audio using Bose Modeller software, evolving into a 3D acoustic model to enable the design, selection and location of loudspeakers across the site. The main focus of the design was to achieve improved coverage of the main public areas, covering the front racecourse-facing and rear-facing public areas of the main stand.

From the outset, SSE Audio worked closely with Bose Professional and identified the newly developed Bose ArenaMatch as the main loudspeaker system for the site. It can be configured with different horizontal and vertical coverage patterns, meaning that loudspeakers can be finely focussed to where the sound is needed.

Each ArenaMatch compact cabinet delivers a full range, high SPL performance, without the need for sub bass units, meaning the SSE Audio team had more choice on where and how to position them.

The installation took 12 months to complete, working around race days and other events. The completed system comprises 995 Bose loudspeakers, powered by 140 amplifiers.

The system meets with the relevant standards for Emergency Sound systems and is designed to be completely open and flexible for expansion or changes as the venue evolves. For race days, supplementary rented audio is fully integrated, to provide coverage across the entire racecourse.

On the racetrack side of the grandstand there was a specific audio challenge: during a race the race commentary needs to be clear from front to back of this densely populated area.

Placement of loudspeakers along the racetrack perimeter would have severely restricted sightlines, so loudspeakers are mounted on the grandstand.

These need to deliver sufficient level up to the racetrack perimeter, without being too loud near to the grandstand. The solution was to use pairs of ArenaMatch loudspeakers: one set up for nearfield coverage at a lower audio level; the second covering the far field area up to the edge of the racecourse.

A similar design concept is used on the other side of the grandstand using ArenaMatch in arrays of three to provide even coverage across the full width of this public area. 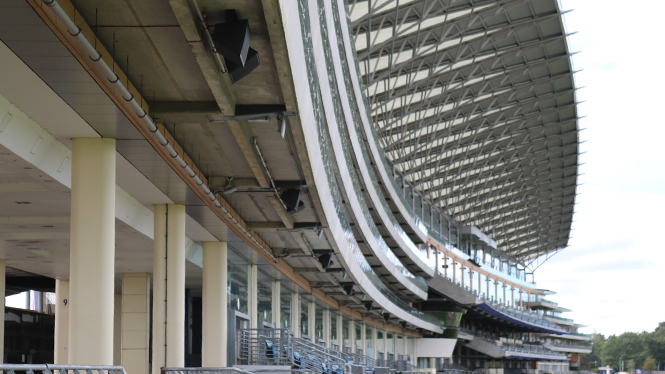 The extensive upgrade of the hospitality areas – including 250 private boxes – includes a cat-5 infrastructure serving all boxes, together with fully fire-rated A/B loudspeaker circuits using 32 Bose PM amplifiers, so each box can be addressed as part of the safety design. The user experience is also enhanced with each box becoming an autonomous AV zone.

This offers guests the scope to listen to their own music selection, host presentations and deliver a unique aural experience for each box, with additional Bluetooth/wireless connectivity. At the same time, public messages can still override the local settings.

With such a vast network of loudspeakers across the site, system control, zoning and remote accessing are vital. SSE audio favoured using the QSC Q-SYS Ecosystem, enabling complex network control to be achieved. It was essential to develop a ‘plug-in’ enabling the Q-Sys system to communicate with the Bose components. The plug-in was successfully developed by SSE Audio in association with Bose.

Using Q-Sys the whole audio system can be controlled from multiple control positions, via customised graphical touch screens that makes audio control intuitive for the operator. This not only assists the professional presentation of audio programming but adds to the resilience of the emergency systems.

For Ascot’s management, the simplicity of audio control across numerous zones from a variety of positions, belies the complexity of the network management behind the scenes. In line with Ascot Racecourse’s vision, the audio system is completely flexible and open for future expansion as the venue continues to evolve.

“We are incredibly excited by the audio improvements this new collaboration has brought,” says Ascot’s management.

“Bose represents the perfect marriage of technology and tradition. SSE Audio has implemented this system perfectly - the two companies worked brilliantly together to deliver an impressive system that exceeds expectations in terms of enhancing the customer experience.”