Back with a Bang: KONG. talks new music live from the NAMM Show

The incredibly talented, Boston-bred and L.A.-based singer-songwriter known as KONG. joins Headliner live from the JBL booth at NAMM 2022 to discuss his musical journey so far…

How were things for you during the pandemic? Were you making music?

I went through some personal stuff actually. I was home in Boston, and right around the time the pandemic hit, my father passed, so it was a very emotional time for me. And at the same time, in sort of this flourishing moment, I got the opportunity to do a lot of work with Fox Network; we did a songwriting camp in the April which was really, really awesome. And then I started working with a company called Audio Network, and we did a record for them. At the same time, we were writing all these tunes and recording tonnes and tonnes of music. It was a very interesting time, because there was this personal strategy, but then professionally it gave birth to a lot of things that I'm doing now.

What kind of musical influence was your father?

My dad would give me a lot of shit. He was an Irish Boston guy, a plumber. And one thing that he said that was very true was, ‘You got your voice from me.’ He wasn’t a singer, but he used to walk around the house crooning all the time, making up lyrics and singing with this deep voice. So I really attest a lot of that. When I was growing up, my father was sick at a very young age, so one of the first songs I ever wrote was about that. He's been such an influence on the style and the way that I create music and where I create it from. 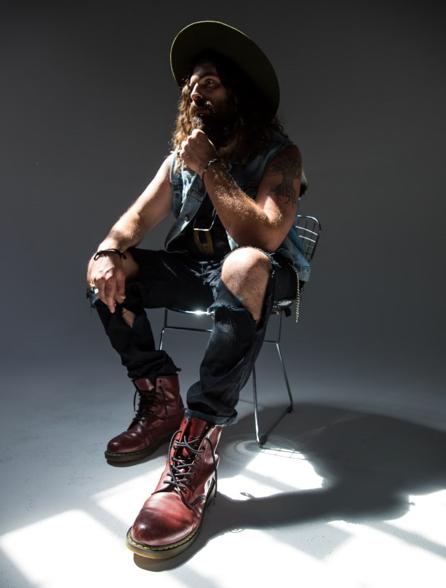 I don't think he really understood what I was doing. My sister had this great voice and when we were growing up, they wanted me to play bass or sax or something else because my sister was the singer. But I also wanted to be a singer. I eventually connected with a music mentor and someone who has supported me to this day – and who actually is the reason why I'm in L.A today – songwriter and drummer Lisa Pimentel.

What were some of your musical influences growing up?

Queen’s Greatest Hits was one of my favourite records; me and my sister would make up dances and stuff. The Doors were a huge influence growing up. There was a lot of jazz, soul and R&B stuff, and a lot of Latin music as well. I grew up in a very diverse community, so I've been to gospel churches, I’ve been to temple, to Christian church, Catholic church – so I think all the musical influences around those cultures have really resonated with me along the way.

What's your live experience been like since things have opened up?

We played one show in February. It was the first show in about three years – the one before that I opened up for Fitz and The Tantrums. That was when Ben and I started really working together again; he’s a main collaborator of mine, and we started bringing in some of these more poppy elements into my songs. For example I started writing this one song and he advised that we stick with the poppier vibe, and then he turned it into this very soulful tune, Make A Change. And then Don Diablo loved it, so we finished writing it up with him and for me it was just about leaning into what feels right, and to not have the perimeter of a genre necessarily.

I'm trying to learn to just continuously tap into my intuition. If it keeps coming up in my head, then I know I’ve gotta do something about it.

But with regards to the experience of playing live – it was a four piece and although usually I play different instruments or bass the whole time, I just sang. It was such a good feeling to let loose and just dance and move you know, and get all those people singing along. That call and response thing is so important.

What’s your process when it comes to writing and producing a song?

It used to be: write songs, bring them in to a producer, and then start elaborating on it. But over the last few years, it's been: take ideas, bring them in to people that you love, and that you want to collaborate with, and let ideas flow from there. It's been a really amazing experience. If I have an idea and I'm struggling with it, I know if I bring it to these people and work with them, they're gonna help me get that thing out that I've been looking to find. I feel like I'm blessed if I can pump out a song completely finished by myself – it almost feels like the universe working through me. Otherwise, it’s about having that feeling and figuring out what to say, and then trying to match the production to say those same things.

One thing I'm trying to learn is just continuously tapping into my intuition. If it keeps coming up in my head, and I keep thinking of it, then I know I’ve gotta do something about it. 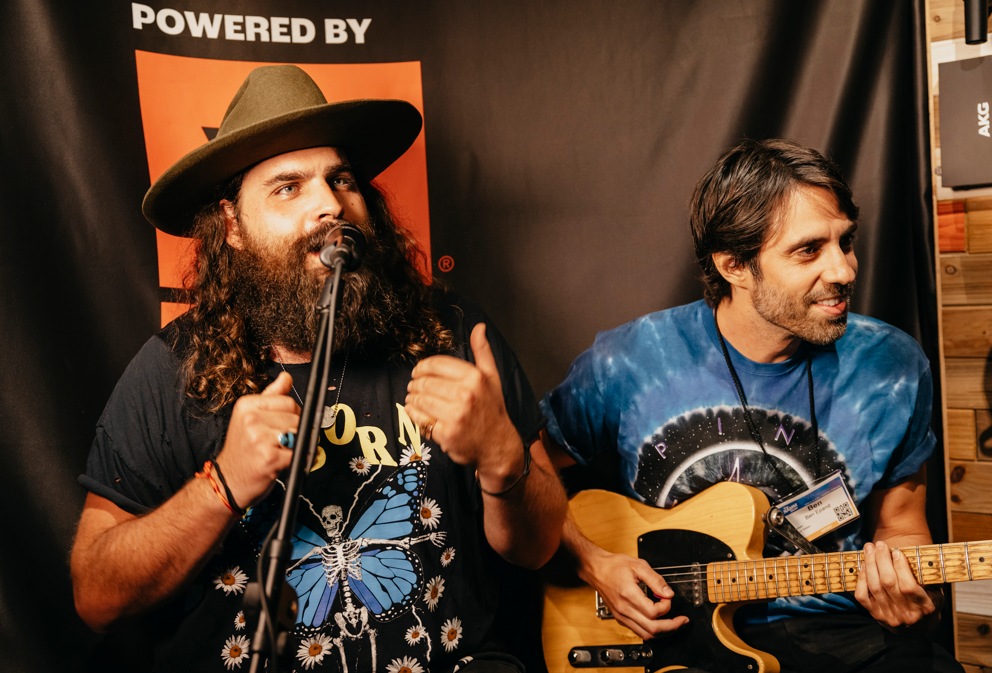 What do you have in the pipeline?

I'm in the process of signing a record deal right now, so that's exciting. We've got six songs for the first EP and the three singles kind of figured out already. And we’re starting to build the visual concepts and the message behind it all. I had a bunch of releases last year, but this is the first time in a while that I feel like we're teaming up with the right partners, and we're gonna really blast this thing off. The whole team is really cool; they continuously bring me back to the Kongregation – this outlaw vibe and this blue collar vibe and this spiritual vibe that they're not afraid of, and they love it. They're not trying to make me anything else; they're trying to take me and bring it to the world. So we're just figuring out how to roll that out over the next year or so with all these different tunes.

Listen to the full interview with KONG. live from NAMM 2022 on Headliner Radio, here: