When YouTube sensation-turned-pop star Blanks’ ‘80s version of Post Malone's Better Now went viral on TikTok, he never could have imagined the way it would change his life. This year he released his debut EP, Cheap Sodas And Ice Cream Kisses, which includes a song co-written with his Instagram followers – which once you get to know him, isn’t as strange as it sounds.

Having amassed fans all over the world with his astute lyricism and unwavering sunny disposition, singer-songwriter and multi instrumentalist Blanks (real name Simon) released his first EP this year. Named Cheap Sodas And Ice Cream Kisses, the EP features some of Blanks’ most beloved and successful compositions so far.

Speaking to Headliner from his studio in the Netherlands, the self confessed “overexcited music boy” is on top form, and his enthusiasm and boundless energy is both endearing and infectious – and is a big part of his online appeal, which is intimidating, to say the least.

The YouTube sensation-turned-pop star has 1.22 million YouTube subscribers and just under 300k Instagram followers, which he has rapidly built up with his production videos and unique covers of well known songs.

“I’ve had a lot of time to reflect this year, and a lot of time to create stuff, which I really like to do. I’ve also been writing a lot for my own project and for other people. Plus I've made a lot of videos for my YouTube channel,” he says brightly.

Even a recent fall on his skateboard and the resulting crutches he needs in order to get around can’t dampen his glass-half-full spirit, which is still riding high after his successful summery EP release, which draws heavily from ‘80s pop and dance influences.

“I spent one summer listening to a Spotify playlist with only ‘80s songs after the second season of Stranger Things was released,” he explains. “I was like, ‘this music sounds amazing’, so I started listening to it. I fell in love with a feeling of fake nostalgia [he’s a ‘90s baby].

"The music just feels so real though, like there's a memory attached to it – even if I have never heard the song before. I really like songs that make you think of a memory or think back to a summer with friends. That's the magic of ‘80s music for me.” 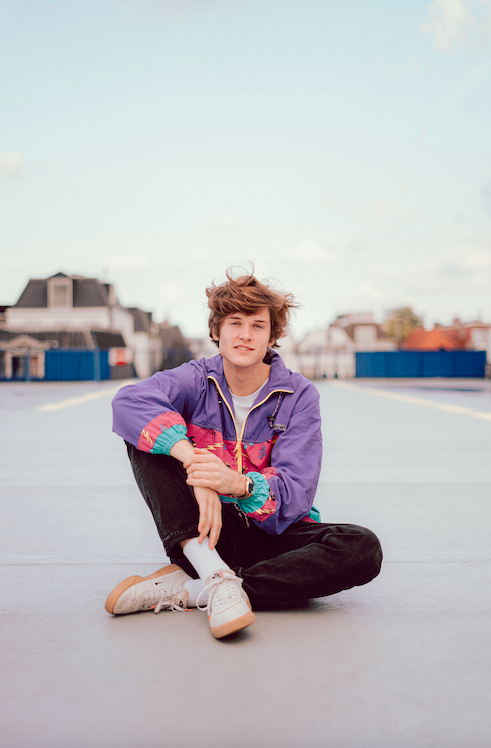 Blanks’ EP is led by Favorite Nightmare, a characteristically upbeat exploration of the confusing and disorientating feelings experienced in the fallout of a breakup. He tells me that he wrote the song in just over a day with the help of his Instagram followers, giving them control over everything from song themes, to riffs and melodies.

That may sound strange, but Blanks has been letting his fans have their say for a while, even using their descriptions of him on his Spotify bio: “If a golden retriever was a person and made music,” suggested one fan, while others offered, “‘80s, indie, poppy, authentic music in one very enthusiastic and fresh package,” and “very tall, very excited boi”.

“They love it and I love it too, because everyone has a say in the song, and they feel like they are a part of it,” he enthuses. “They vote for things out of two options that I give them. On this song I really hoped they would vote for option one for something, but they voted for option two. Still, it's interesting to see how people that are not in the studio with you listen to the song.”

With 278K Instagram followers (which is sure to be higher by the time this goes to print), the responses can be overwhelming for Blanks:

“Exactly; when I asked for lyric ideas, tens of thousands of people sent in suggestions. I can scroll for hours! There's a certain point when I just have to pick something. That's the hardest part because there's always this thought: ‘What if I scroll a little bit further and there's an even better idea?’ So it's kind of stressful,” he laughs.

Blanks is pleased with the way the track came out, which ended up being a breakup song with a twist:

“A lot of people were requesting a love song, but I feel like if you write a love song like this, it's really hard to make it heartfelt or authentic. If you listen to Favorite Nightmare it sounds like a dreamy, good-vibe song with nice lyrics about a relationship. But the pre chorus [Oh wait, I do remember, that night you broke my fender] is a screaming reminder of how the relationship ended.

"It's like you wake up from the good vibes you had in that relationship and you realise, ‘Oh man, it's over. It made me feel good, but now I'm awake, and it's not making me feel good’. So it’s my favourite nightmare: you still think back to it with joy, but then when you wake up, it makes you feel sad.”

When I think back to my favourite songs, it's always songs with memories attached to them. 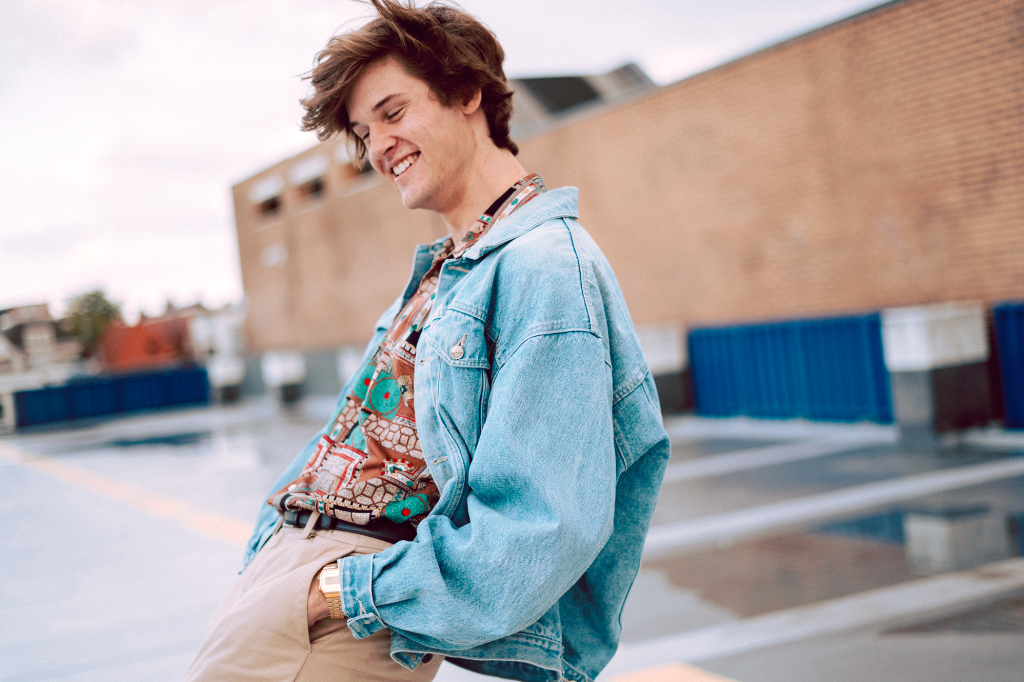 You’ve probably already heard Blanks’ debut single – an ‘80s version of Post Malone's Better Now. The music video (complete with jazzy ‘80s windbreaker) went viral on TikTok, and it’s not outside the realms of possibility that if someone hadn’t heard the Malone track, they would assume that Blanks’ take on the song was the original.

“That was just me having fun,” he says happily. “I heard Better Now and thought it was so cool. I was in the studio one day and I just opened up a synth, and it was like a happy accident. Before I knew it, I had a synth riff, so I added a bass loop, a drum loop, and started singing over it. At the end I thought, ‘this sounds surprisingly good; maybe I should do something with it’ – and the rest is history. People seem to like it, still! I had contact with Post Malone’s team and they said he loves it, and he follows me on Twitter, which is cool!”

Keeping his YouTube followers tuning in is a mixture of videos of his unique takes of other well known songs, and his slightly manic ‘song in an hour’ videos – where he takes a track (voted for by his followers, naturally), and – impressively – records it (vocals, instruments, light production) all in under an hour, working out the chords as he goes and reading the lyrics off his phone. The artists selected (Billie Eilish, Harry Styles, The Weeknd, Ariana Grande, Dua Lipa) give a hint to the age bracket his fans likely fall into.

“I started with Billie Eilish's Bad Guy, which I remade in one hour, and it just blew up. It got about 3 million views in no time and then I got 100,000 new subscribers in a week, which is insane.”

Watching someone create a track in one hour aside, his fans get a real kick out of watching his genuine enthusiasm for doing what he loves – on his most recent challenge video one person commented, “This challenge doesn't challenge him anymore...HE’S ON ANOTHER LEVEL”.

For Blanks, finding the perfect melody, lyric or sound gives him the best feeling in the world:

“I get so excited! And strangely enough, people seem to like that. I'm just doing what I like. So it's really cool to hear that people enjoy watching that.”.