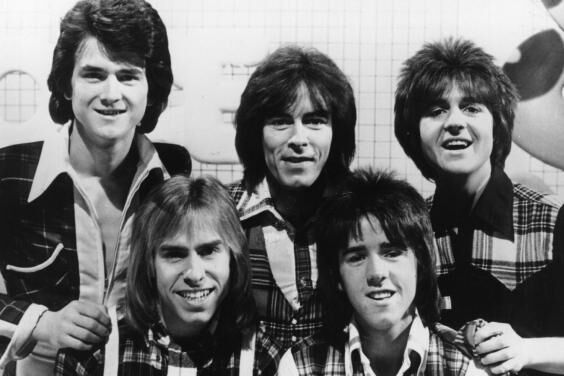 30 years after calling it a day, tartan-clad Scots, Bay City Rollers, are back with a new record, and a comeback show.

Remarkably, this five-piece (now a three-piece) sold more than 70 million records back in the day, the most famous of which was undoubtedly Bye Bye Baby, followed closely by Shang-a-Lang. What poetry.

Surviving members from the '60s mega-group, Stuart Wood, Les McKeown and Alan Longmuir, have announced that the comeback will culminate in a reunion performance at Glasgow's famous Barrowlands venue on December 20th and, in typical tongue-in-cheek fashion, frontman McKeown quipped at a recent press conference that the get together isn't about remuneration, it's about the band's heritage:

'Rollermania', as it was once known, was spawned in the late 1960s by Edinburgh brothers, Alan and Derek Longmuir, who formed a band with friends from school. A few years later, they'd made a mark on not only the UK, but Australia, Japan, and the US.

And now they fancy one last crack at the whip. The Rollers' new single, Boomerang, will be released in the coming weeks, and a show at Scotland's Murrayfield stadium is also believed to be on the cards. And if rumours are true (deep breath), we may see a world tour in 2016. Good Lord.

In
Comments (0)
Posted by headliner