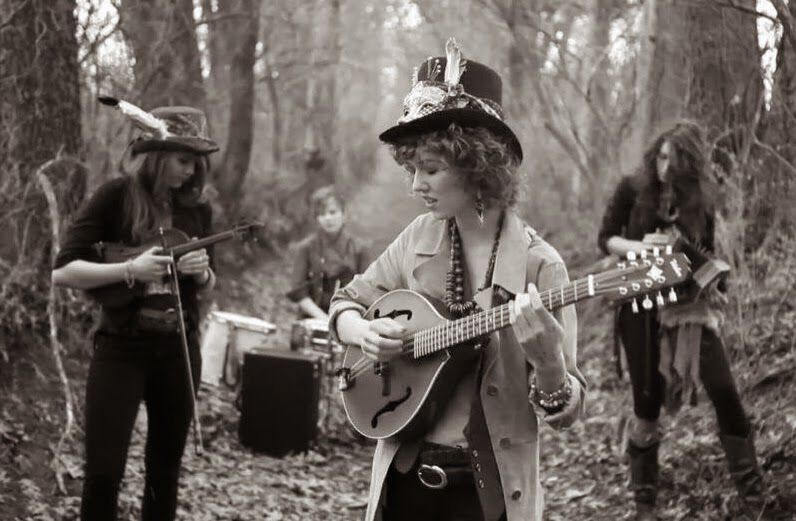 SHEL are Sarah, Hannah, Eva, and Liza Holbrook, four talented musical sisters who hail from Fort Collins, Colorado. Today, home is Nashville, America's own 'Music City', where a new album is well underway. And when they're not busy laying down three-part vocal harmonies, guitars, mandolins, violins, or jazz-influenced piano lines, they're on the road playing live shows.

Last night, SHEL performed live on German TV for Berlin Live alongside Dave Stewart (whose label they recently signed to), and today they head to Hamburg to begin a three-night stint at the legendary Reeperbahn Festival - the place where another well-known four-piece began their musical journey back in the early 1960s..!

Before they flew to Germany, SHEL played some shows in London, but wanted to get out of the city for a few days. They decided to head to the Roman city of St. Albans in Hertfordshire to shoot some music videos in the Abbey grounds, busk underneath the city's famous Clock Tower, and jam on the piano in what is reported to be the oldest pub in the world. We were lucky enough to witness that (and join in at times!), and such was the success of that little road trip, they're coming back to play a few intimate shows in some of the city and surrounding area's finest live music haunts.

On Thursday Oct 1st, they'll be at The White Horse in Welwyn; on Friday 2nd, they'll play The Six Bells in St. Michaels Village; and on Sunday 4th, they'll play a chill-out set at new St. Albans smokehouse, The Craft & Cleaver.

Better still, all these shows are FREE ENTRY, so we suggest if you're in London or any of its surrounding areas, get along to one of these gigs and witness something special: beautiful folk songs, super-tight vocal harmonies, and instrumentation to die for. Not to be missed!

Look out for a review of one of the shows on the website in the coming weeks!