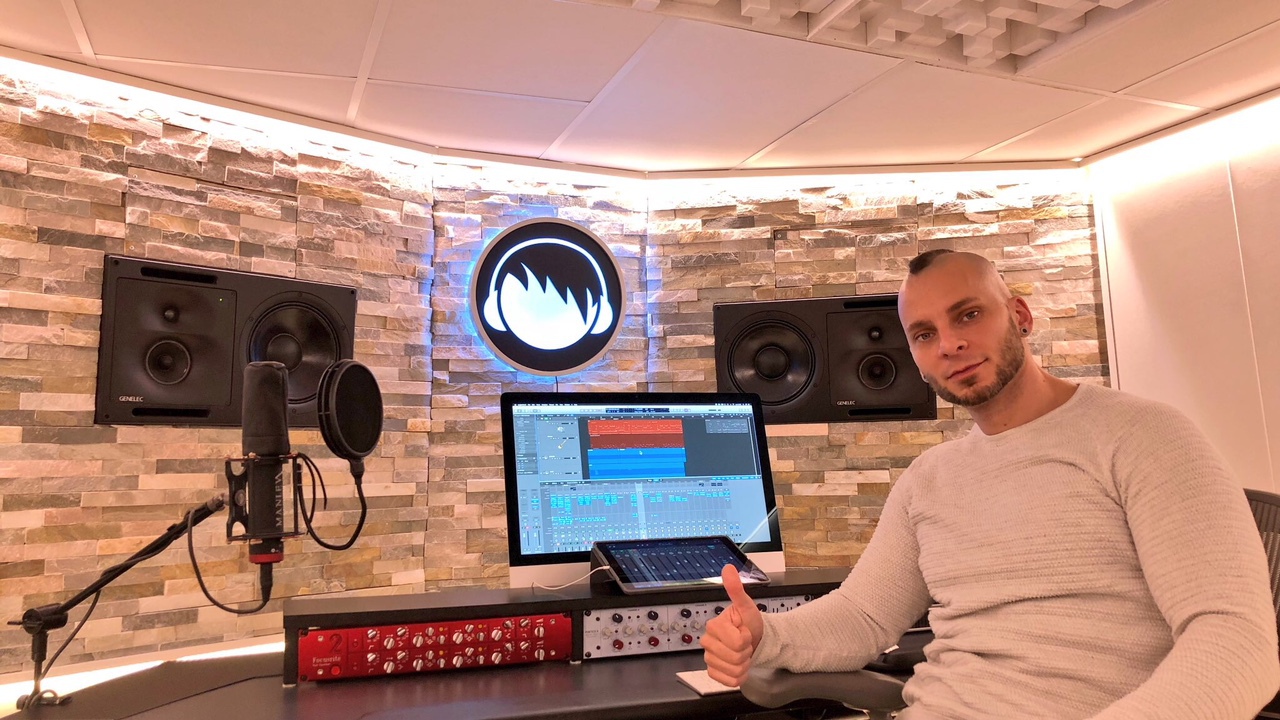 Last week, we descended on Sweden for 36 hours of studio-hopping! It may not sound like a long time (and it isn't...), but we managed to hit up four studios in two of the country's major cities: Gothenburg and Stockholm.

First stop: Gothenburg. We say hi to Pontus Hjelm, frontman of metal core band, Dead By April. He made his home studio from the ground up, converting his garage by raising the roof (quite literally), and kitting it out with state-of-the-art audio kit: Genelec monitors, Focusrite and Rupert Neve Designs outboard, and plenty of guitar processing.

Next, we were in a jazz hub of sorts, just outside the city - and what a facility: an epic microphone collection, stunning Steinway grand piano, and quite a lot of madness, actually..!

The road trip to Stockholm was a little hairy..! Six hours of burning rubber, and a very near miss with a giant deer, was enough to warrant the rapid consumption of a late night bottle of pinot noir before getting our heads down in preparation for day two.

Day two: Stockholm. First, Baggpipe Studios (the former EMI Studio), with its epic control room, boasting an SSL Duality console and full-range Genelec monitoring system; a live room fit for an orchestra; and production rooms everywhere. And our final stop is with producer and keyboard extraordinaire, Markus Jagerstedt, whose main room has a real wall of sound, courtesy of his modular synth collection, and much much more.

We captured most of the trip on film, so look out for it, coming soon to the Headliner Hub!