The Summer Of ’69: Shure Reflects On Woodstock’s 50th Anniversary

Shure was instrumental to the success of Woodstock festival in 1969, which featured performances from artists including Creedence Clearwater Revival, The Who, Jimi Hendrix, Janis Joplin, Joan Baez, Santana and the Grateful Dead.

Fifty years after the world’s most iconic music festival, the sights and sounds of Woodstock still ring true for subsequent generations of music lovers, thanks to ground-breaking concert sound support and technology.

To support the event – that was attended by more than 400,000 concertgoers – organisers and sound engineers heavily relied on Shure to help pull off the ground-breaking effort.

“What people don’t always realise is that in 1969, outdoor arena performances were in their infancy,” said Michael Pettersen, corporate historian at Shure. “To put it in perspective, the British invasion had taken place a few years before Woodstock, and the common stadium-style concerts that we see today were just beginning. To have access today to such quality recordings 50 years after the fact is remarkable, especially given the incredible audience size and relative inexperience the audio industry had with this type of live performance.”

Woodstock’s promoters tapped Bill Hanley to handle sound for the event. Hanley, known as the ‘Father of Festival Sound,’ was asked to assemble the enormous audio set-up, using more than 20 Shure Unisphere I Model 565 Microphones, four modified Shure M67 Mixers, and two Shure M63 Audio Masters, along with an array of power amplifiers and loudspeakers. In particular, Shure’s Unisphere I Model 565 Microphone was a workhorse for performances across the four-day festival. 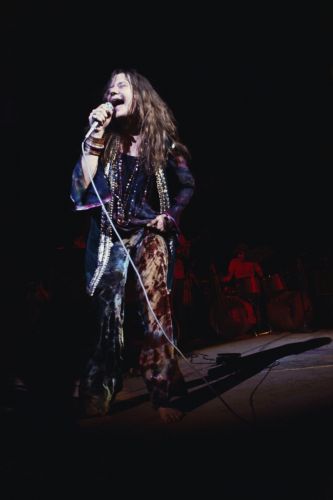 “According to our records and research, which includes the 1970 Woodstock documentary and the expansive collection of artist photography, the Unisphere I Model 565 was used on vocals, drums, percussion, guitar amps, and acoustic guitars,” Pettersen enthused. “Shure mics were frequently used in outdoor shows and always proved reliable.”

The Woodstock sound reinforcement system was designed to deliver quality sound to the 200,000 estimated fans that were expected, but attendance ended up doubling due to significant interest in the event. Organisers were faced with two choices to accommodate the surge of show goers: build a stage, or implement security fences. Construction of the stage took precedence, and the promoters ran out of time to complete the security fences, so the event became a free concert for many attendees.

At the time, Hanley didn’t realise he was making audio history with his sound system. “I never thought about it in those terms from an intellectual, historical point of view. You’re busy making everything work, making it sound good.”