The Answer – a four-song collaboration from Chris Lake and Armand Van Helden – is set to be released on December 11th by Black Book Records/Positiva.

The anthemic song sets the tone for an EP that, amid its irresistible grooves, reminds us to ground our actions in love. The Answer samples Why Can’t We See by Blind Truth ft. Tata and Toney, which was written and produced by pioneering producers Arthur Baker and Victor Simonelli – a soulful 1991 plea for unity that pulses with renewed relevancy.

“It gave us our mantra for making the record: love is the answer,” explains Armand Van Helden.

The English-born, Los Angeles-based Chris Lake grew up making music in his bedroom, emulating artists like Van Helden, one of house music’s most revered figures, whose career spans three decades.

Lake has since amassed his own series of chart-topping hits, earned a GRAMMY nomination and founded the acclaimed independent label Black Book Records. 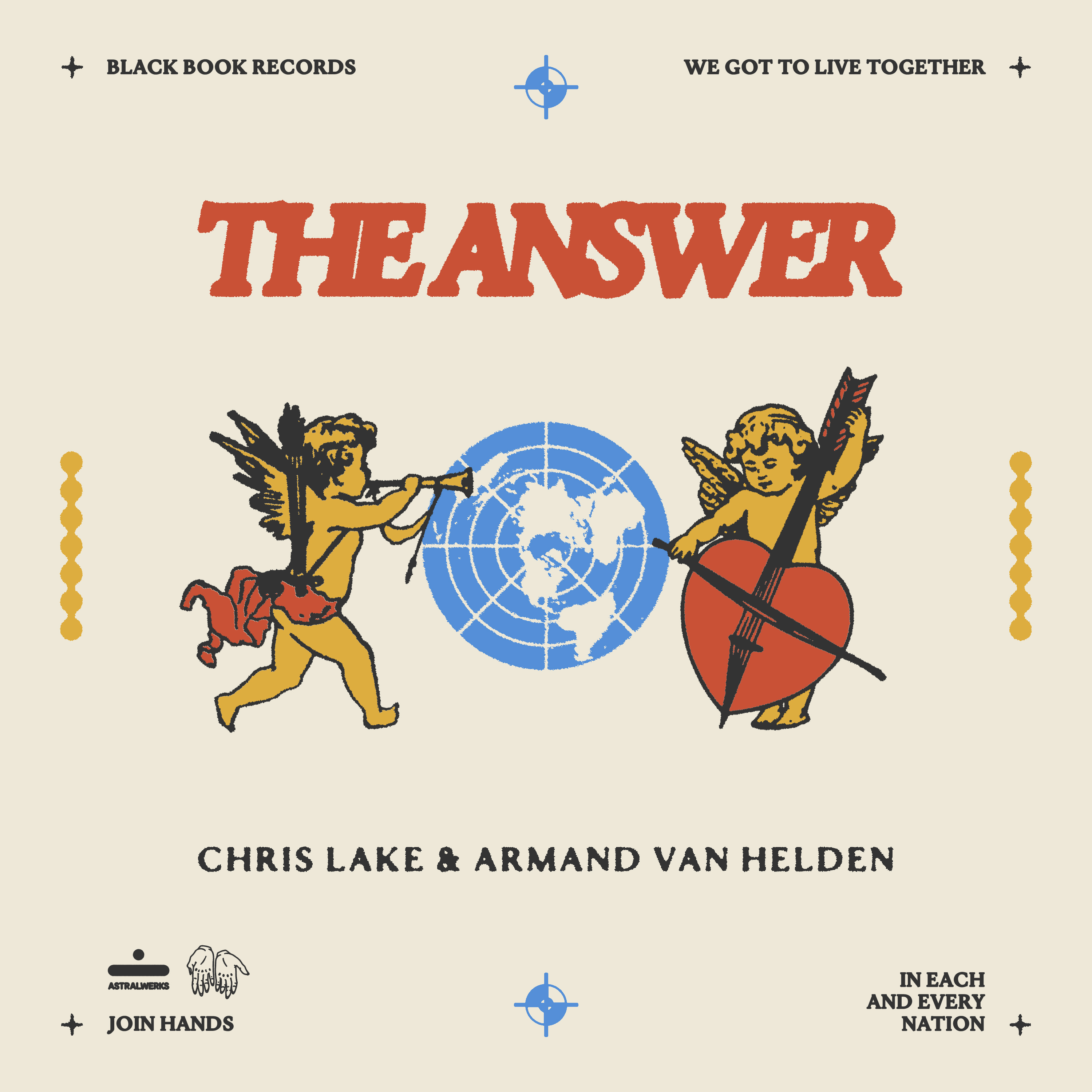 “I bumped into Armand in Miami at a pool party and we exchanged emails. A month later, he hit me up and floated the idea of working together,” recalls Lake. “I suggested I go work with him in Miami to get some intensive days in together.

“The vibes were flying after we sat down on the first morning, chugging coffee, visualising what could be made.”

Recalls Van Helden, “The title track came together so quickly. We just followed the energy in the room.”

The EP provides a much-needed dose of sheer bliss in these challenging times. The uplifting Feel So Good percolates with joy and sensuality while Work! is an effervescent, four-on-the-floor dance number. The groovy, silken Dubai Dublin perfectly rounds out The Answer.