For engineer, mixer and producer Steve Orchard (who works full time for McCartney), their lockdown work turning into a new album was definitely something that was not planned.

“We ended up making an album which turned into McCartney III, but we didn't know we were doing it at the time, because this bit of film music that we had to finish suddenly expanded into finishing up other songs that Paul had, and then recording some new ones. It ended up being a very productive, amazing time!”

The unexpected nature of the project didn’t affect its popularity – McCartney III was met with widespread acclaim from music critics and became McCartney's first UK number one solo album since Flowers in the Dirt in ‘89, and debuted at number two on the US Billboard 200 albums chart.

“It's amazing, and he's very quick as well,” adds Orchard. “If he's got a new song, he'll put down the main instrument first off – usually guitar or piano – and then we'll have a vocal at the same time. Once that's down, then he'll jump behind the drum kit or something, or we'll do a complimentary guitar or another keyboard; there's never a set routine.

"One advantage of having just one musician is you don't have to worry about spill with other instruments! If you've got a band playing, you've the concern about the drums going down the vocal mic, which you have to try and control.” 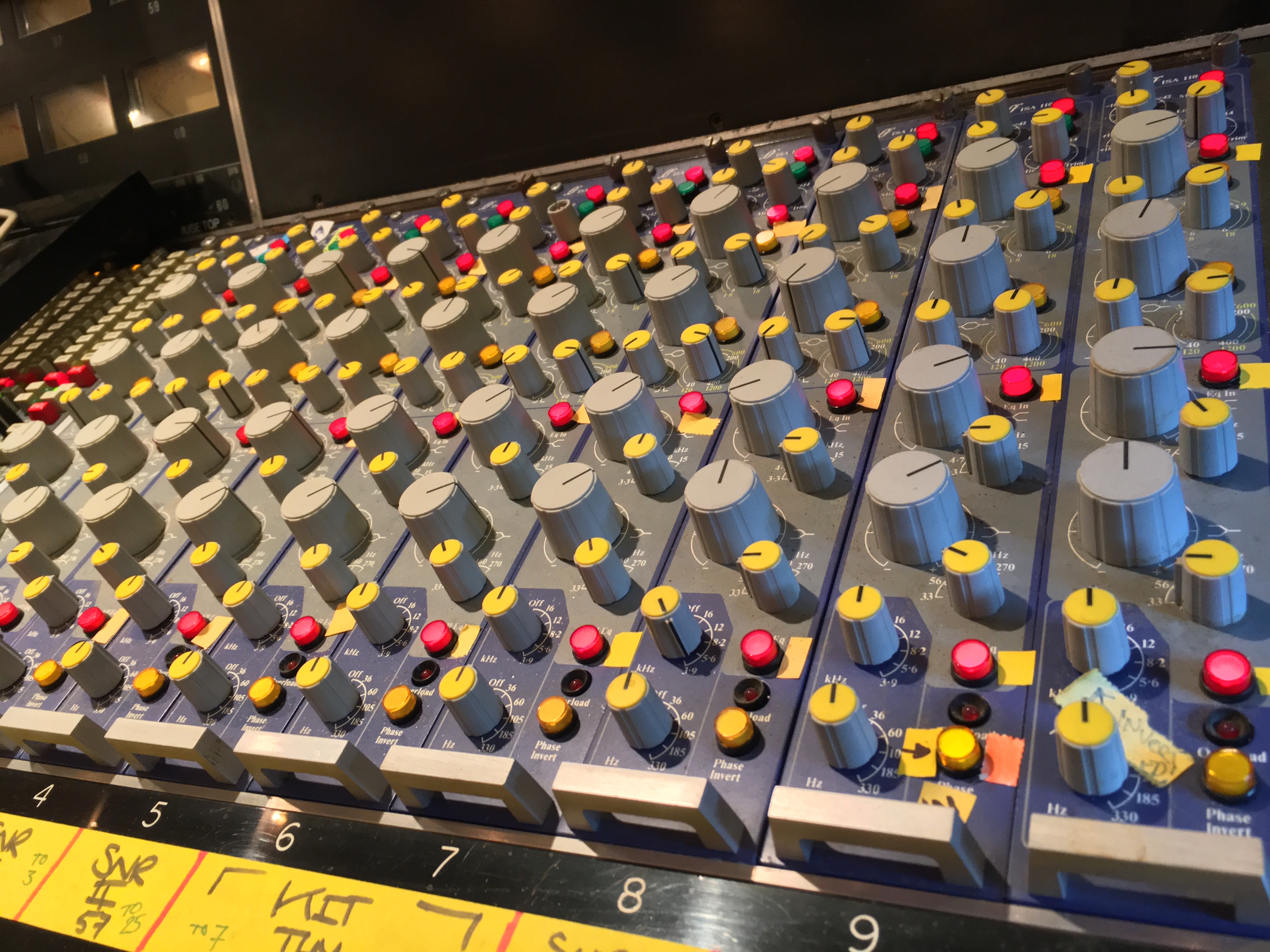 The ISA 110s are integral to our set up, so they played a big role.

Orchard points out that often when McCartney plays a song in the studio, it’s the first time it’s ever been played or performed, so some songs take a little longer than others to come together.

“Other times, it's just a straight off the cuff thing – if it’s got the vibe. On Lavatory Lil, the vocal on that was completely live and in one take. On Women and Wives the voice and the piano went down together, live. But then Deep Deep Feeling was quite constructed with the backing vocals and all the different arranged parts that we were doing. It's never the same.

“You can never forget who he is and all of that, but when we're in the studio, I just treat Paul as Paul and try not to be overwhelmed by things. He's a great musician and he realises when something needs to be done again – he's got a great intuition for things like that. I feel very privileged and honored to be able to be part of what he's up to. I like to make the studio as transparent a process for him as possible so we’re not getting held up by the technicalities of something like a computer crashing.”

McCartney’s home studio is full to the brim with an eclectic mix of instruments and production kit, including a huge 60-channel VR60 Neve V Series desk.

“It's just quality, quality sound quality equipment with Neve – it's always well made. It sounds great and it’s always got a nice depth to it. Neve are a firm favourite of mine, I have to say. Paul loves that sound as well, as we all do. It’s a superb desk – the flexibility of the V series when they first brought it out was amazing! You can swap anything within the channel as opposed to it being a global mode switch. Whereas with the V series you can swap individual channels and processing, so it's very, very flexible. The desk is absolutely full, and then I've got other preamps set up as well.”

“Down here we've got everything set up on the VR60; I've got things on mic inputs, line inputs, sharing on channels...but thankfully because it's only Paul recording at once, that facilitates a lot more freedom and flexibility with it. So although it's a 60 input desk, it's probably more like 80 inputs because things are on line inputs and mic inputs, and you just locally swap them depending on what's going on.” 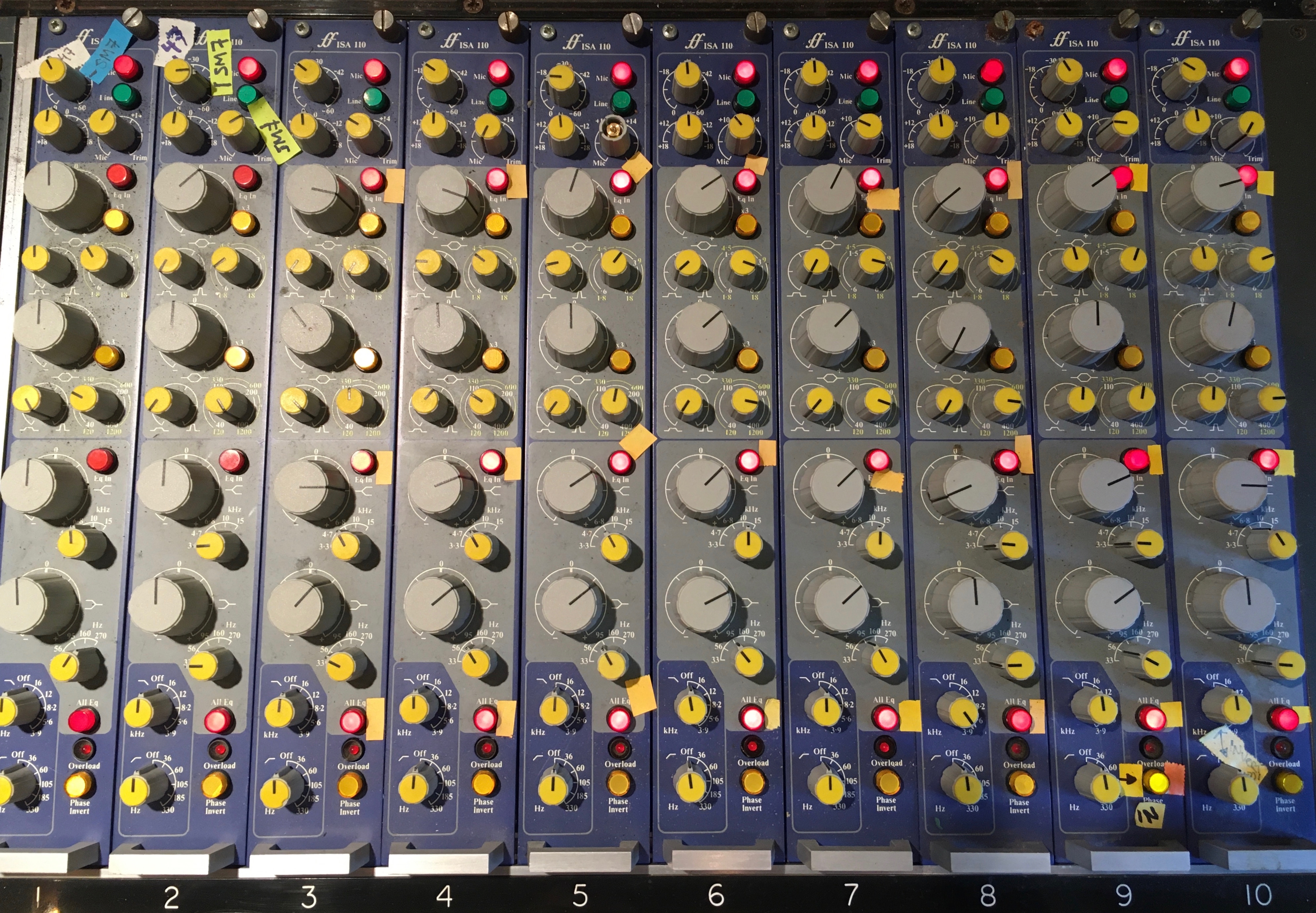 They've got a nice versatility in the EQ and a lovely broad tone to them.

“They are tremendous-sounding units,” he enthuses. “Rupert designed them when he first left Neve and he started Focusrite – these are from that era. I love them; particularly on drums and on vocals – so I use those very regularly. They've got a nice versatility in the EQ and a lovely broad tone to them. They have that big Neve sound with a similar characteristic to the vintage modules, but slightly different.”

Orchard shares that they were another key part of the McCartney III album:

"They were here before me; I think they've been part of this setup since when the Neve desk was put in. But if I had had the choice, I would have certainly gone for them!"