Situated behind the unassuming industrial façade of a warehouse in Burleigh Heads on Queensland’s gleaming Gold Coast lies Hype Republic, a new, high-end addition to Australia’s post-production market built to empower filmmakers to create the highest quality work. And according to those most closely involved in the project, the studio’s Genelec 7.1.4 Dolby Atmos monitoring system and GLM loudspeaker manager software has been crucial in this endeavour.

“They required an audio solution that would complement their film/video cinematography department and was capable of delivering 7.1.4 immersive playback. This studio would be open to many creative specialists and as such, the gear needed to be robust and reliable. The solution was a Genelec 7.1.4 Smart Active Monitoring system consisting of 8340s, 8330s and a 7360 subwoofer.

“The reason for going with the Genelec Smart Active Monitoring range is that each monitor and subwoofer could be independently calibrated relative to its position in the room,” he explained. “Installing monitors in the ceiling can present many acoustic obstacles. Not only do they need to be frequency neutral, but their phase needs to be aligned with all the other monitors in the array. GLM calibration software is an invaluable tool in this situation, and Genelec’s unrivalled range of mounting options makes it so easy to install an immersive system in any room.”

Genelec’s GLM software is credited as the critical element in ensuring the success of the installation.

“GLM was the key to bringing this system together,” Newcomb continued. “It just works flawlessly, and even faster now with the latest GLM 4.1 update. I know GLM has been in existence for a long time now, way before immersive audio was a thing, but it somehow seems like it was actually designed specifically with this in mind!”

Among the key benefits that Hype Republic has seen from installing Genelec monitors and GLM in its immersive setup is that each of the 11 monitors and the subwoofer is calibrated for their specific position in the room. The GLM software sends a full frequency audio sweep through each monitor and subwoofer, and analyses the acoustics of the room via the GLM reference microphone and network adaptor.

With the response of the room’s acoustics recorded, the software aligns the frequency response, playback level, distance delay and subwoofer phase of the entire monitoring setup. 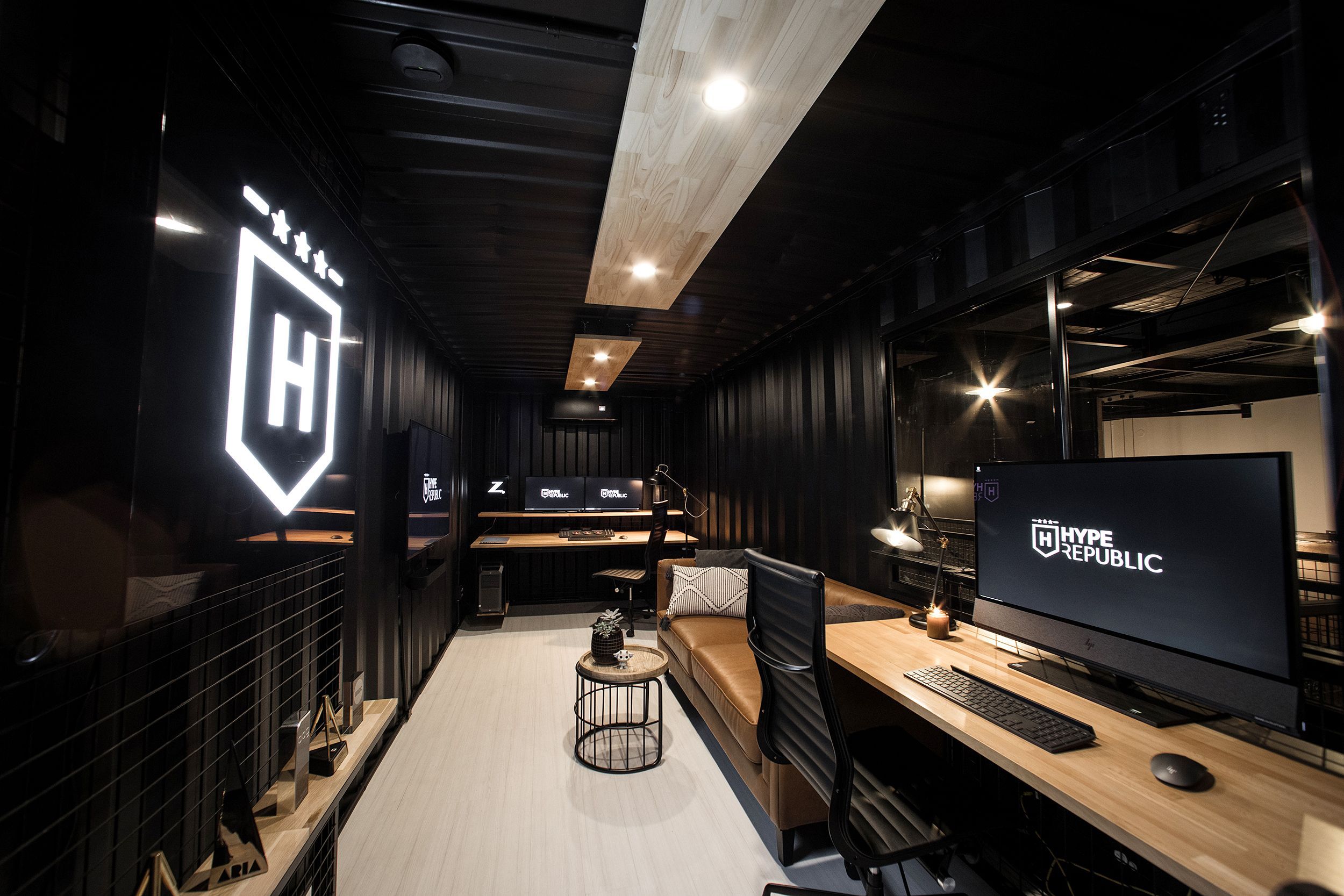 As with any GLM calibration, the results speak for themselves. Paul Newcomb, business development manager, Studio Connections

“The system was calibrated without a hitch, which is a testament to the simplicity of GLM,” said Newcomb. “Once guided through the process, the in-house engineer can now easily recalibrate and tweak the system if and when necessary.

“The combination of a well-treated, free floating room-within-a-room that was minimal in design and the capabilities of GLM, meant that there really weren’t any major obstacles to overcome, and everything ran smoothly with the installation. This is reflected in the quality of the end result.

“As with any GLM calibration, the results speak for themselves, and this was no different. The studio sounds amazing. It’s no surprise that when searching for the best studios in the world you will often find the choice has been Genelec.

"Genelec Smart Active Monitoring systems provide not only the sonic quality, but the confidence that mixes will sound great, everywhere. We believe the client is extremely happy with their system. It fulfils their brief, sounds fantastic and will be providing uncompromised sound quality for many years into the future.”

Allan Hardy, co-founder of Hype Republic, also added: “Our goal has always been to create the most epic and ground-breaking work with the most creative humans, and enjoy every step of the journey.

"Our new Gold Coast post-production studio brings together the most experienced award-winning specialists with the best equipment and a beautiful facility just minutes from the iconic Burleigh Heads. I have no doubt that the new studio and the projects and people it brings to the Gold Coast will nurture countless opportunities for our local creative community and emerging talent.”