Headliner has spoken exclusively to the team behind the newly opened Gorilla DeLuxe Studios in Southern Sweden to find out about the various opportunities and challenges in the market, as well as the high-end Genelec monitoring system at its core.

Despite only recently opening its doors, work on Gorilla Studios began back in the Autumn of 2018, when the facility was built quite literally from the ground up. The concrete foundations were laid towards the end of the year, with the structure itself taking shape in the first half of 2019.

However, the onset of the pandemic in 2020 inevitably meant that the originally planned grand opening had to be scrapped due to lockdown restrictions. Eventually, in December of 2020, the studio started to welcome small scale projects, gradually taking on more work as restrictions began to ease.

When building up the studio’s spec, the first thing studio designer Claes Olsson and studio owner Andreas Pålsso decided on was the Genelec monitoring system, placing a pair of 1238s at its heart.

Headliner caught up with Olsson and Pålsso to find out more about their plans for Gorilla DeLuxe, the state of the recording industry and where the biggest opportunities in the market lie…

When did work first start on Gorilla Studios?

Claes Olsson: I was contacted by Andreas Pålsson to construct a music studio. When I first got there, there was a small shed in the backyard. We tore this up and started planning a new house. I collaborated with an architectural firm to get optimal construction. I even designed the base plate. I have also done all the installation for audio and video, and I also designed ventilation and electricity

Andreas Pålsso: The actual construction work started in autumn of 2018, with making the concrete foundation. Then followed building the house in the spring of 2019. We started with the control room in the summer of 2019, and the studio was finished in October 2020.

What type of facility is it – does it specialise in particular projects/genres, or is it suitable for a wide range of projects?

AP: It’s a traditional recording studio, a good sounding live room and an accurate control room. We are going for the genres where there is a need for a good sounding space. Live drums, guitars, vocals and so on. Right now, we are doing drums and guitars for a ‘west coast’ album. Before that we had a jazz quartet.

When did the studios open – presumably there was a significant delay due to the pandemic?

AP: We started doing minor work in December 2020. The idea of a grand opening was made impossible by the pandemic. In the end, starting a new studio like this is a slow growing business.

There will always be a market for good recording spaces. Andreas Pålsso, Gorilla DeLuxe Studio owner 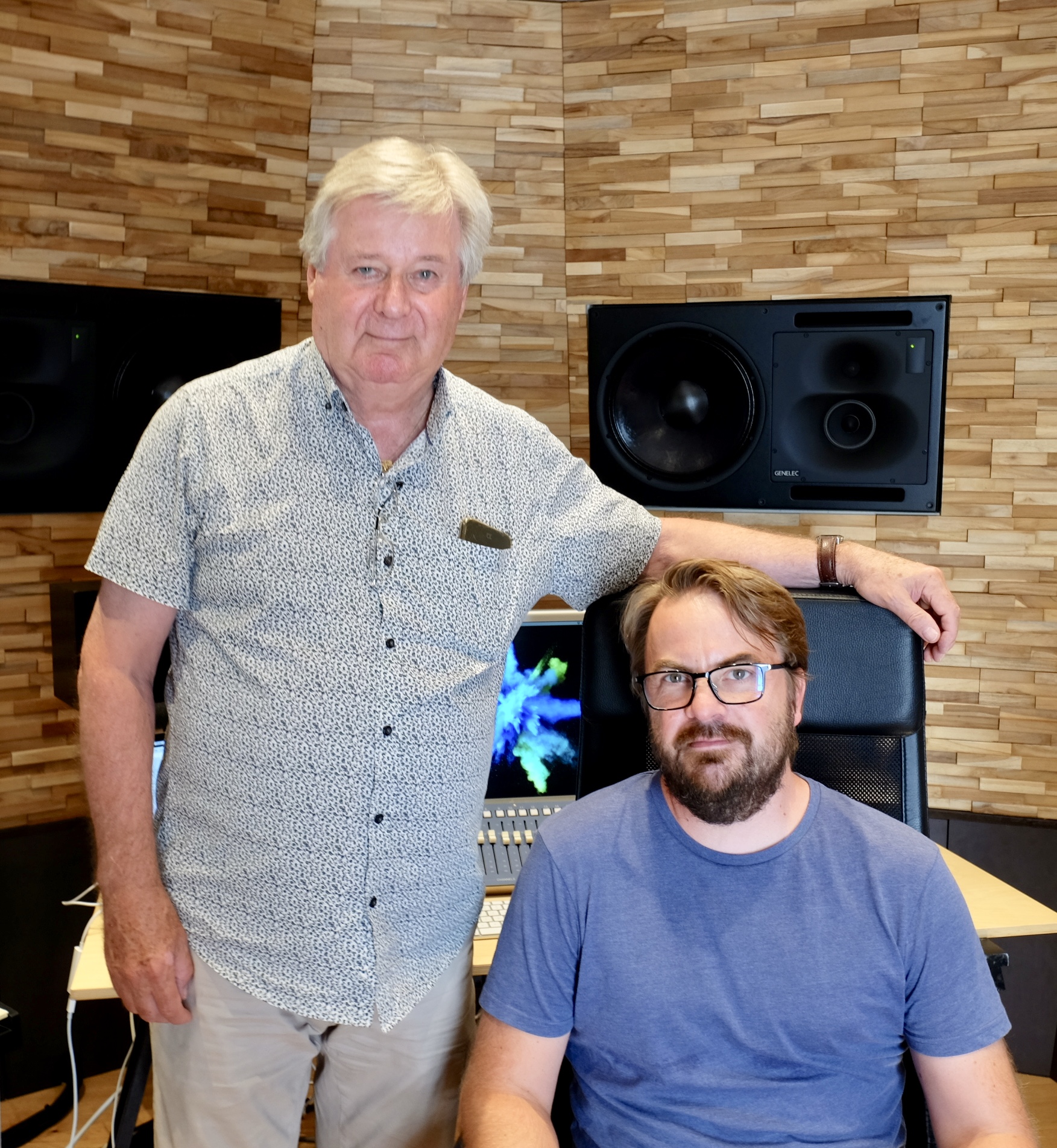 Were you always set on installing Genelec monitors?

AP: Yes. I have used Genelecs for many years and they work great for me.

CO: I have designed about 50 music studios, all with Genelec monitors.

What can you tell us about the Genelec systems you have in place?

AP: We installed a pair of 1238A. It was actually the first thing I had to decide on, even before building the house. So, the studio is built around the speakers.

Why did you decide on Genelec? What sets them apart from other speakers?

AP: I think the choice of speakers and the room you put them in are the most crucial parts of building a space for music production. The 1238s are extremely accurate, I also have my trusty old NS10s but I find myself not using them anymore. I have been in many studios where the main monitors look cool but you can’t use them for mixing. The 1238s translate so well that I feel no need for additional speakers in the room. Genelec is also one of the biggest producers of monitors around, and it’s important to get the reliability and support for many years to come.

What are some of the other core pieces of kit?

AP: I´m in the box when it comes to EQs, effects and compressors, but I have a Neve summing mixer that I love. Besides the mic preamps, which I think makes a huge difference, I really don´t feel the need for analogue outboard anymore.

CO: I have built the DI boxes as passive and an active with Lundahl transformers

What are the biggest opportunities for a new studio opening up at this time?

AP: I think that having a really good recording space is pretty timeless. There will always be a market for that. The challenge is to find the right size and level. Many of the really big ones are struggling, so being just big enough for a wide range of projects and delivering good sound that no garage, bedroom etc. ever will be able to.

With the huge increase in people investing in home studios during the pandemic, were you worried that there would be less of a demand for a new recording studio like this, or are people now keener than ever to return to a professional recording studio outside of their home?

AP: I think that people getting serious with audio recording at home is good. I have done that a lot, but I got to the point when it became a drag not having a room that translates well. I have used my half bad living room for tracking a lot through the years. So hopefully if people get really serious with their music, they will end up doing at least parts of their productions in good studios.