The new, high spec facility has been built next door to its Milton Keynes HQ, and according to commercial director Alex Coombes, has long been a passion project for the Marshall team.

“Our ambition was to build a versatile and flexible commercial multimedia facility to serve the modern entertainment market, and at the same time to promote young talent and give something back to the artist and producer community,” he said.

The spacious new-build is located on the site of an old theatre, adjacent to the Marshall factory. The live room has a stage complete with lighting and PA, and artist Green Room, bar and reception area. Meanwhile, the large recording control room is centred around a 40-channel vintage Neve 8048 console.

“The vintage Neve desk sounds glorious… anything coming through those mic pres sounds, well, better! A great microphone selection to cover all eventualities and if you can’t see something you like, lots of equipment is pretty much two minutes away in the factory ….what’s not to like?”

With a ramp leading directly to the stage, the 273 sq m. Marshall live room has a reduced ceiling-height area for more intimate recording in front of the separate Green Room. Over 100 microphones are available, with the entire facility equipped with tie lines, speaker connectors and AoIP Ethernet links. 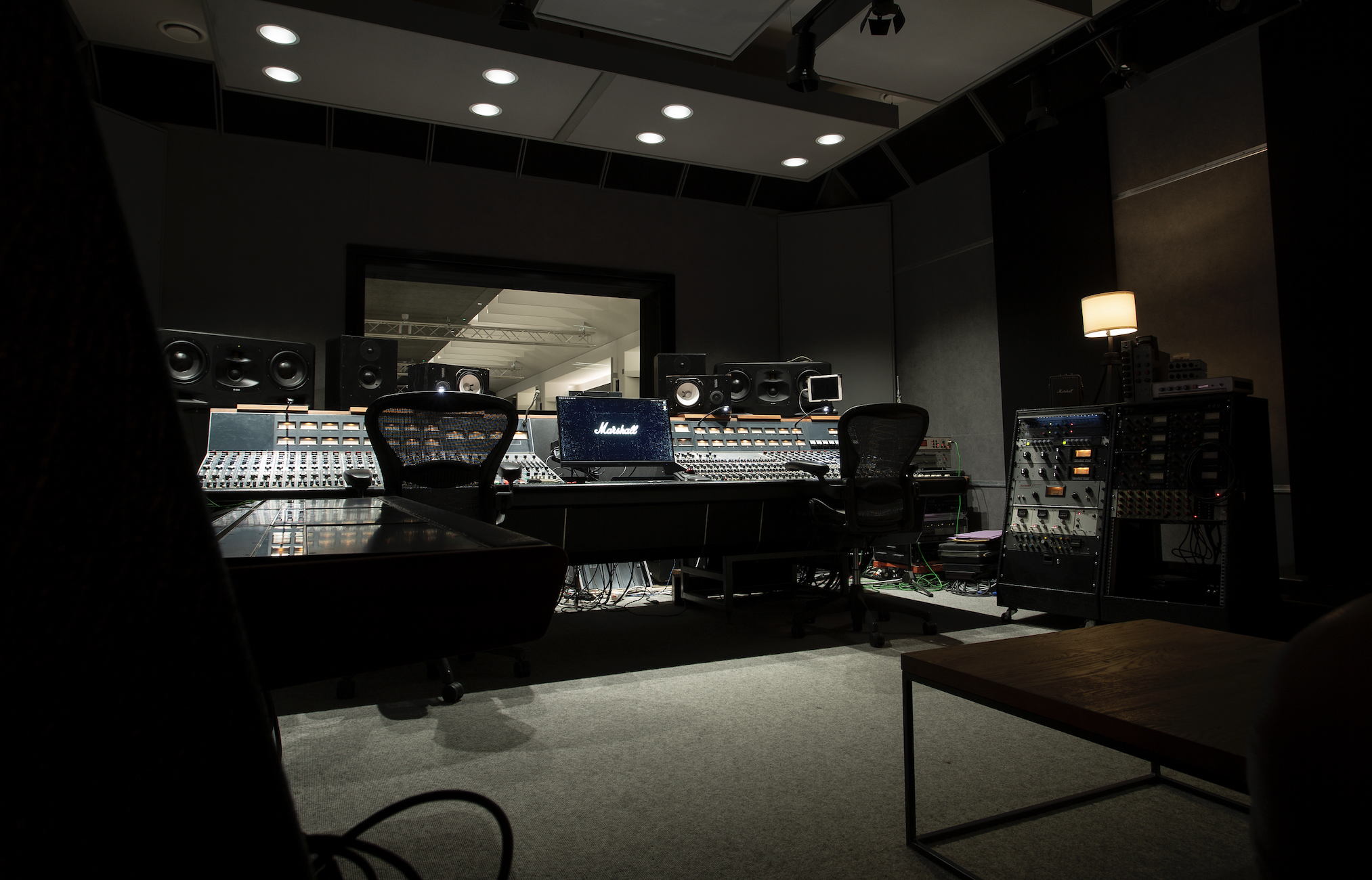 It's a massive vote of confidence in the creative industry from Marshall. It's a privilege and an honour to be heading it up. Adam Beer, studio manager, Marshall Studio

“Every part of the building has a mic tie line, a speaker output and an instrument output for guitar amps, plus you've got data via RJ45 for monitoring or remote connection via six Focusrite RedNet AM2,” explained studio manager Adam Beer.

“We can take any Dante mic preamp, put it anywhere in the building, it will come into our main network and we can record it directly. It means that the whole building is effectively the studio, even the office at the top!

“We can do everything here. We've got a world class recording studio, it's a concert venue with capacity for an audience of up to 250 people and we can do video filming for product reviews, podcasts, live concert streams, you name it.

"We've set up a place that can allow creative people to fulfil their potential, whatever they want to do. I think it's a massive vote of confidence in the creative industry from Marshall. It's a privilege and an honour to be heading it up.”

At the heart of the control room is the unique vintage Neve 40-channel console, with a separate custom analogue patchbay installed to the side. Configured by Neve expert Blake Devitt, the console frame came courtesy of EMI Pathé-Marconi studio in Paris, and is populated by a selection of hand-tweaked modules. To the left are 24 channels with 1093 modules, while the right 16 channels include a mix of 1065, 1066 and 1095 modules.

Devitt has taken charge of many major renovations and studio installs, including the vast Neve desk at Paul Epworth’s studio, ICP studios in Belgium, and Miloco’s Pool studio. A rebuild of the desk has made room in the centre of the Neve for the Pro Tools screen and keyboard, with Devitt building three new low-noise busbars, including one for solo-in-place, for the Neve summing system.

“The limiting factor for many vintage consoles is the record/overdub/mix modes in the master section – which of course only made sense during the tape era,” Devitt said.

“This mixer, as it has been re-configured, gives you two completely separate consoles which can be used for whatever the producer wants. I’ve even made the patch section ‘plug in’ in blocks of eight by changing the sockets underneath to reflect custom configurations, so the mixer can be set up without filling the patchbay with a nest of cables.”

According to Beer, the new Marshall studio represents a significant yet natural development for the brand.

“I think that having everything under one roof is such a sensible way to go for the company and for the industry itself,” he concluded.

“You need to be providing something for everyone, and every type of performance. I think that the spirit of Jim Marshall really lives on in this place. Although I wasn't fortunate enough to meet Jim, from what I have been told, this is exactly the kind of thing he'd want us to do.”