Margate’s Faith In Strangers Relaunches After Pandemic: “This feels like our proper launch”

Margate music venue Faith In Strangers has officially relaunched in May 2022 after its initial launch in April 2021, which was marred by numerous Covid restrictions and changes.

Faith In Strangers’ origin story is riddled with bad luck: the first soft opening coincided with the end of 2019 just before the pandemic hit, and the team were soon forced to close.

As restrictions lifted slightly in 2021, the venue began the launch process in April 2021, but couldn’t make use of the space's full potential, including the ability to book guest DJs.

“It’s been a long hard road, but now this feels like our proper launch,” said Richard Randles, co-founder of Faith In Strangers.

“We’re really proud to have announced some great DJs and musicians to Margate this summer and there’s more that we’re still to announce! We’ve got a big old pipeline, with a lot more planned, but this feels like the beginning of something really special.”

“It’s incredibly satisfying to finally get onto implementing our vision with action rather than talk,” added Jeremy Duffy, co-founder of Faith in Strangers.

“Our first full launch party with Horse Meat Disco over the Easter weekend was everything I’d hoped for. It was a true discotheque. Super lovely and respectful crowd and staff team, a beautiful sunset and superb music late into the night. The recipe really does create a special and magical atmosphere.” 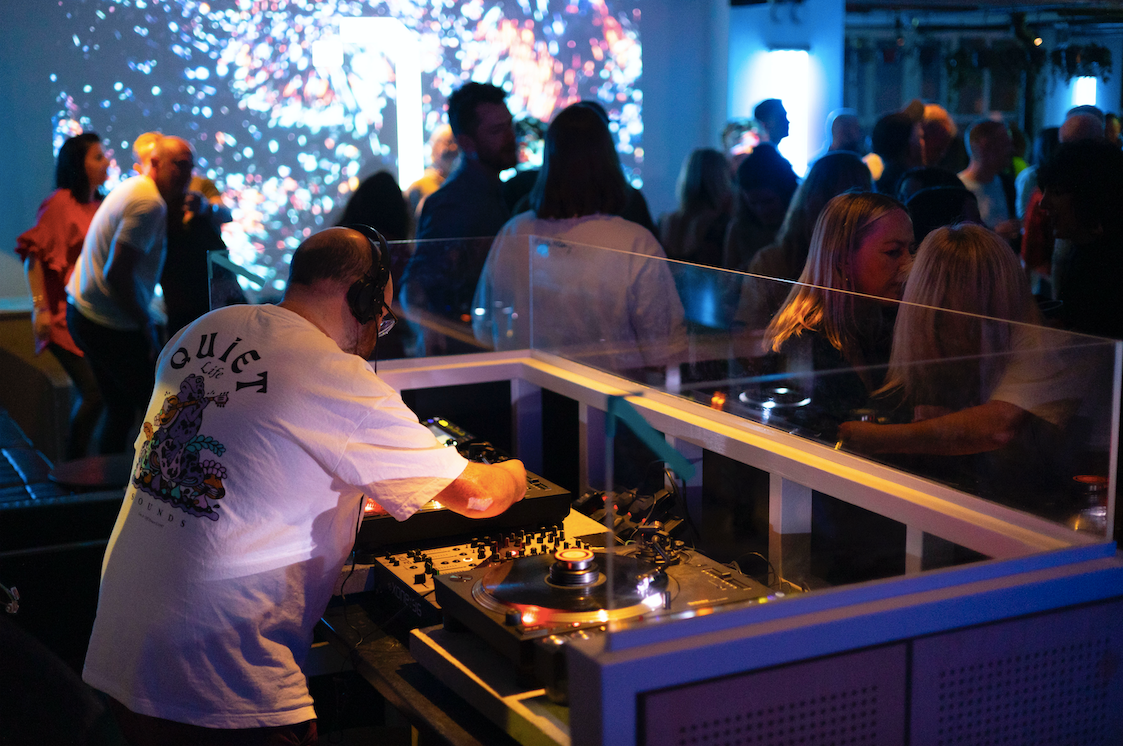 The 350 capacity space boasts sea views through the DJ booth. Based in the vibrant town of Margate, Faith In Strangers has captured the attention of the town’s creative residents and those that travel from further afield.

Faith In Strangers is a com­bined arts venue at its core with a heavy focus on music. Over the course of this summer, Faith In Strangers is set to welcome Mafalda, Coco Maria, Charlie Bones, DJ Paulette, Colleen ‘Cosmo’ Murphy, Bill Brewster, Ashley Beedle, Luke Una, and George Fitzgerald, plus more to be announced.\

The space hosts a multi-camera live streaming system, multi-channel surround sound, bespoke generative lighting installations, and has been designed as a space that can be adapted to the needs of each event.