Missy Elliott Throws It Back With New Signature Video And EP

With Iconology, Missy Elliott is back on the scene with her first EP since 2005’s The Cookbook. Dropping the 14-minute long, five track EP, 14 years after her last album release, Missy Elliott simultaneously released a Missy-esque music video for lead track, Throw It Back.

In Throw It Back, Elliott marks her territory in the rap game: “If it’s competition, I put them to shame / What you’re doing now, I did for a while / Don’t look for no other Missy ‘coz there be no other one / I did records for Tweet, before y’all could even Tweet / Been hot before you could speak.”

Unnecessary? Given her past work, perhaps, but those of us old enough to remember the 90s scoffed at the news that when joining Katy Perry as part of her Super Bowl performance in 2015, many took to Twitter asking who Missy Elliott was, and that they were happy for her big break - Perry would make her famous, for sure! 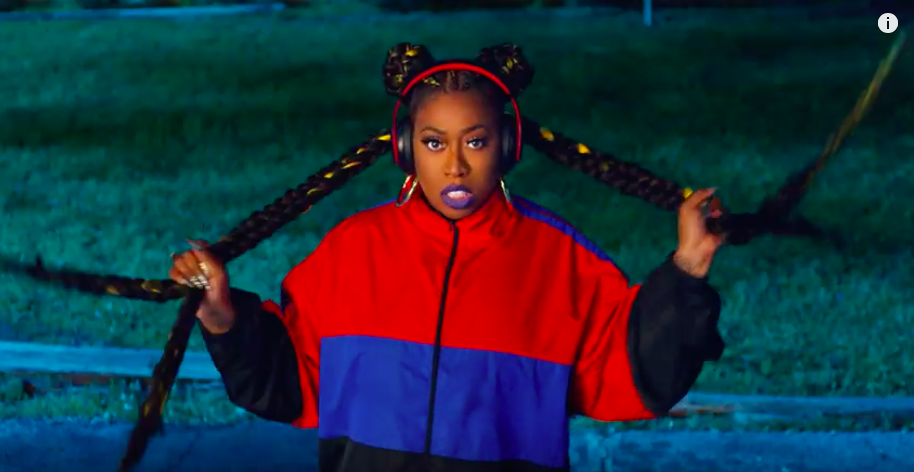 Let’s #ThrowItBack to a time when music just felt good and made us want to dance! Missy Elliott

In a nod to her collection of boundary-pushing music videos, in her new pastel-saturated offering, Elliott nods to her past with lyrics like “Watch me flip reverse it” / Missy still got ‘em losing control,” accompanied by the kind of bold visuals we have come to expect from the rapper – bald dancers with oversized heads (look out for new go-to meme for wig-snatching), kids’ skipping rope with her braids, and outlandish, oversized outfits (although there’s no need for fans to cut a head hole out of their bin bags this time).

Produced by Elliott, Timbaland and Wili Hendrix, Elliott Tweeted ahead of the new EP’s release: “Let’s #ThrowItBack to a time when music just felt good and made us want to dance! Sincerely, Dr. Melissa “Missy” Elliott,” and hours following its release posted: “ I am grateful for all the love y’all shown me it do not go UNNOTICED I am so Thankful. #ThrowItBack OUT EVERYWHERE go STREAM & go cop my collection called #ICONOLOGY when you you look over ya shoulder #THROWITBACK.”

Following her wildly successful streak from 1997 to 2006, Elliott withdrew from the music industry. She has since spoken openly about her diagnosis of Graves’ disease - an autoimmune disorder that affects the thyroid, which saw her struggle to cope with symptoms such as extreme weight loss, hair loss, bulging eyes and heart palpitations. Her condition is now under control due to medication.

On Monday, August 26th, Missy Elliott will be honoured with the MTV VMAs Video Vanguard Award.