With a CV boasting credits such as Bridget Jones’s Diary, Shrek, Pirates of the Caribbean, Harry Potter, V for Vendetta, Jason Bourne, Atonement, Captain America, The Avengers and Zack Snyder’s Justice League, engineer, mixer and producer Nick Wollage has established himself as one of the most revered talents in the world of film and TV. Here, he tells Headliner about his route into the industry, how he came to ply his trade at the legendary Air Studios and the “indispensable” role of Neve consoles in his workflow…

How did you get into the world of mixing scores for TV and film? Was this something you always wanted to do?

When I set out on the path of being an engineer, I was only interested in making records. I listen to music all the time and I just wanted to be involved in the record production process. That’s what I was motivated by. Try as I might to avoid it, I kept getting sucked into doing TV and bits and bobs that weren’t records. This probably has something to do with the fact that the Tonmeister course at Surrey University infuses its graduates with a particular skillset that is appropriate for TV and film music. It’s a music degree, so you tend to be a bit more music savvy in a schooled, academic way, and the technical skills it teaches you marry very well with TV and film. So, I’d be in a recording studio and a job would come in for a TV show and I always seemed to get that job. It just happened by osmosis really, without me trying to move into that world.

Is that how you came to be working at Air Studios?

When I came to Air that very much was a conscious decision. I found myself being involved in film and TV projects here and there, and I still really wanted to be involved in the record industry, but work on that front was waning quite significantly by the mid-‘90s. So I saw an opportunity here and had a chat with Geoff Foster, who is the chief engineer here, and luckily got myself a job. That was a definitely a conscious move into film scoring.

How does Air compare to other studios?

One of the things you find when you work here is that you have to pull yourself up on it. It’s very easy to be spoilt by the array of equipment and the technical standards you can expect. It’s good to remind yourself that not everywhere is like this. You can apply a similar thing with the presence of George Martin. He was very present towards the end of his career and while he was still well.

The first time you meet someone like him it can be slightly overwhelming, but soon it becomes familiar. He was just an amazing ambassador for the place and the music industry in general. And people would always fall for his charms. The moment he’d appear in the doorway everything would stop, but not in an anxious way, it was like the head of the family had just walked in. I was lucky enough to work with him as well, as he was still making records then, and I was involved in a few of them so that was great. 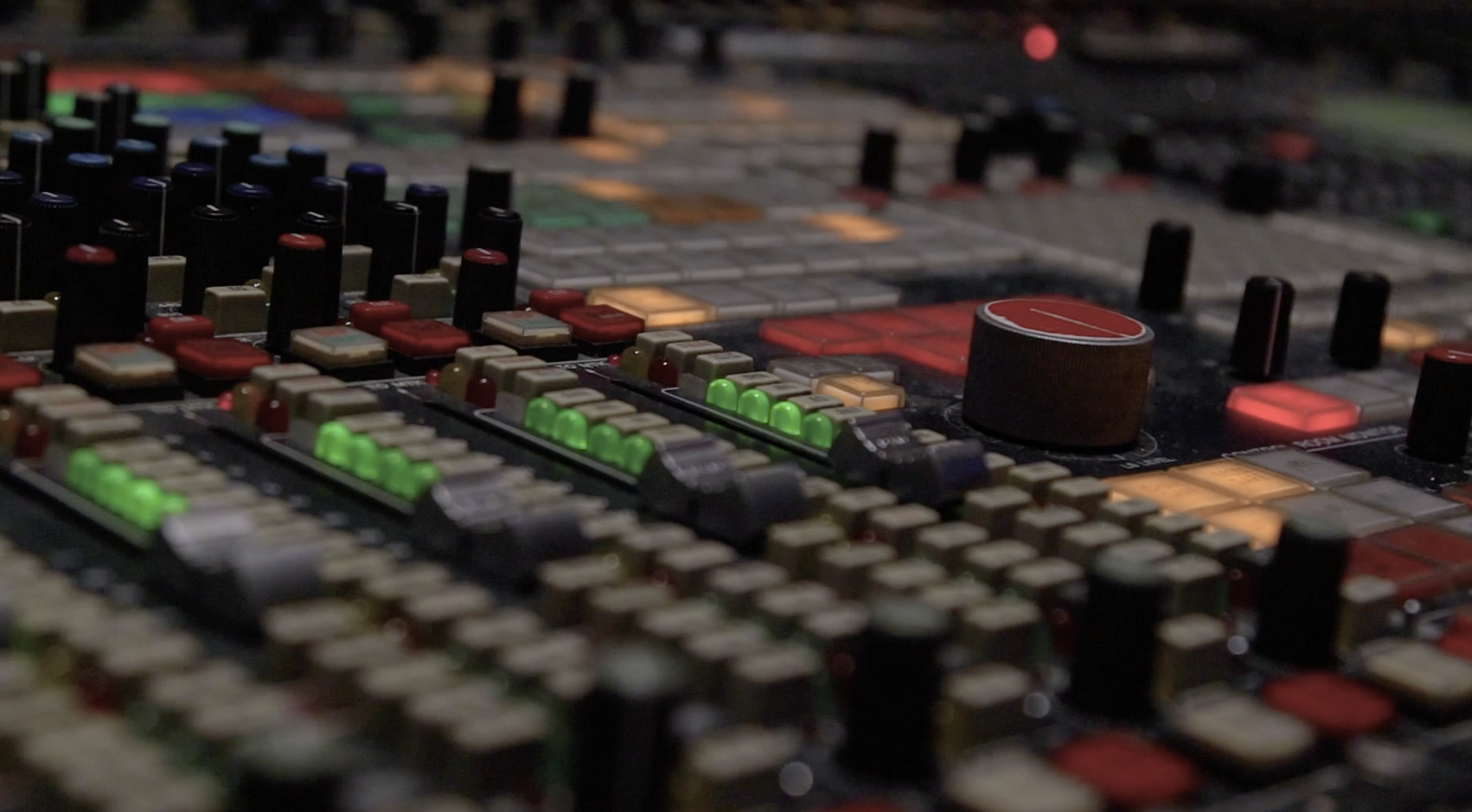 Neve has a commitment to move with the times. Nick Wollage

Talk us through the gear you’ve come to rely on and what it brings to your workflow?

We’re so spoilt. We have this amazing custom Neve console here. We’ve had Neves here since the studio was born. This is the newest incarnation, which is specifically for scoring mixing. We have an amazing mic cupboard, and things like that are very easy to take for granted. You can’t overstate how much this brings to your working day.

Having a console like this is so transparent in the workflow that you can purely focus on the work that you’re doing. I’m looking at the musicians and the conductor and I don’t have to think about anything else. It’s easy and the routing is so intuitive; it’s only when you go to another studio that doesn’t have a console like this that you realise it is utterly indispensable, because otherwise you’re spending half your life just dealing with the trappings of the job and not the job itself.

How vital is a desk like this for large scale projects, such as Marvel movies?

One of the things about working on projects of that scale is that there is an enormous amount of pressure and there’s an enormous amount riding on it financially. And there is typically a room full of people – you can comfortably fit 25 people in our room at Air - and you need to stay focused and not be distracted by that. You’re always under a pressure of time, so you can’t afford for things to go wrong. You need to be able to do what you always do without even thinking about it. I can send in my session set-up plans to the assistants and I know this console will handle that in the same way every time. I know it will be totally dependable, which is what you need, as there is no room for technical breakdowns.

How big a role has Neve kit played in your career to date?

Even people who aren’t associated with the recording world know the word Neve. I was aware of the legacy of the company long before I set foot in a studio. And it wasn’t just the first thing I encountered – all the consoles at the universities I went to were Neve – but I don’t think I’ve walked into a studio since without some Neve presence. And the company doesn’t rest on its laurels and rely on the vintage gear, which obviously is well known for being incredible and desirable, but there is a commitment to move with the times. This [Air] console is an example of that.