According to data collected by Viberate, newcomer Olivia Rodrigo beat even the most established and high profile artists (including Adele and Swift) in terms of Spotify fanbase growth in 2021.

Viberate examined how many new Spotify followers each artist gained in two weeks following each album release, and looked at spikes in monthly listeners after the release.

The results show that Rodrigo came out on top, after the release of SOUR gaining over 14M new monthly listeners and 969K new followers in just two weeks.

Her top-performing track was (and still is) drivers licence, racking up almost 800M daily streams at the time of album release – amassing 1.2B streams so far.

All Too Well (10 Minute Version) (Taylor’s Version) was streamed the most, averaging 50M streams per day.

Easy On Me was streamed the most, with 385M plays at the two-week mark. 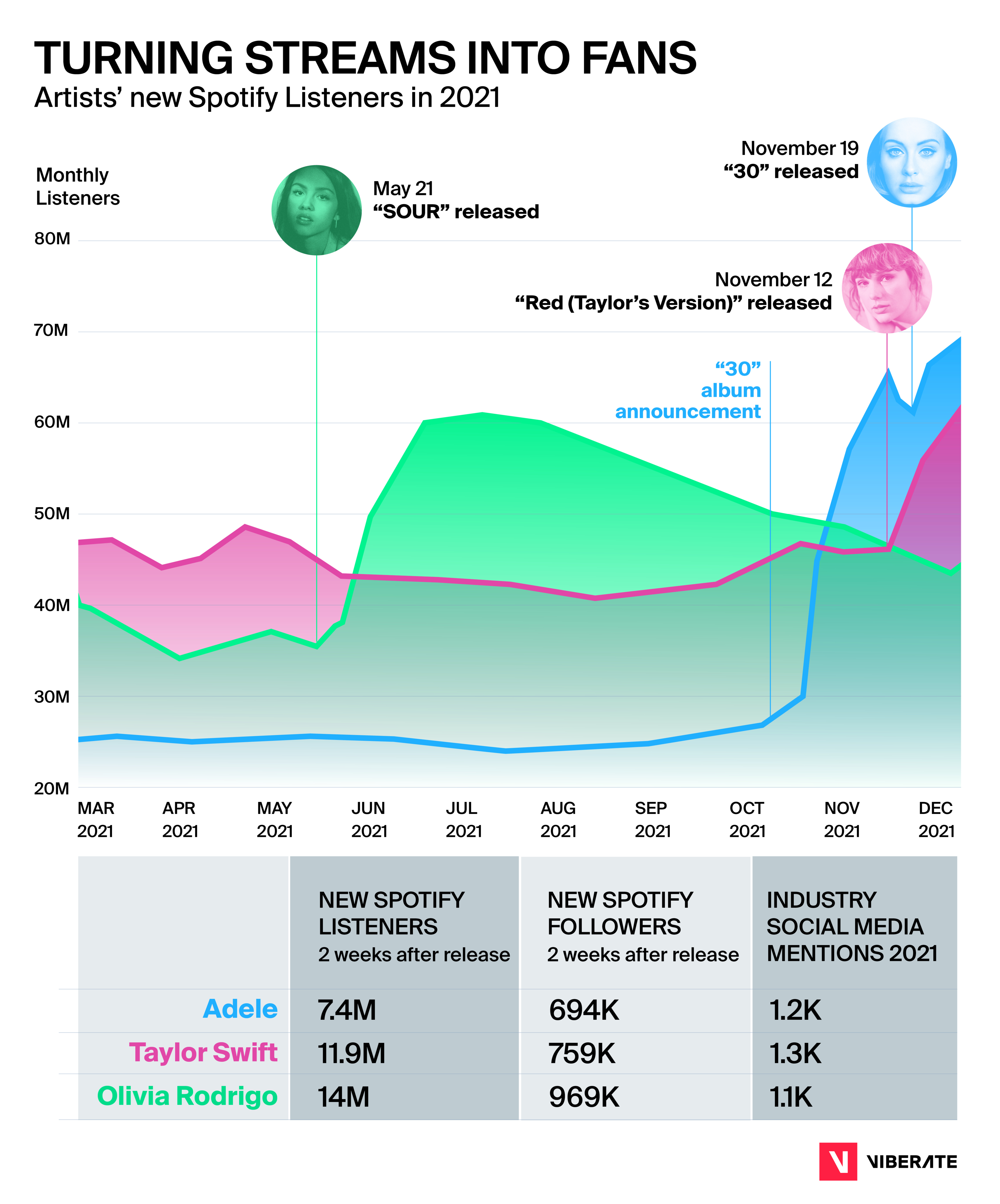