Genelec has marked the 15th anniversary of its GLM loudspeaker management software with the launch of GLM 4.1, a significant upgrade that is compatible with all Genelec Smart Active Monitors and subwoofers.

The new update brings a raft of major new features and marks the introduction of the next generation AutoCal 2 automatic room calibration algorithm, which has been designed to deliver a more precise frequency response in a fraction of the time than was previously possible.

Based on data from thousands of real-world room calibrations, GLM 4.1 is built to offer the user control over a room’s detrimental acoustic aspects, enabling them to produce mixes that translate even more consistently to other rooms and playback systems. The GLM reference microphone kit allows room acoustics to be analysed, from which point each monitor and subwoofer can be automatically calibrated for relative level and relative distance delay, as well as subwoofer crossover phase and frequency response.

GLM 4.1’s new AutoCal 2 feature produces a faster and more accurate discrimination between direct and reflected sound and is complemented by a new 64 bit architecture and efficient code, rendering it a suitable tool for mobile engineers and content creators who regularly work on the go.

Other key features include a higher number of EQ filters, weighting refinements and a Solo-X mode for faster soloing of monitors when working with immersive content.

“The AutoCal calibration algorithm has always been the backbone of GLM,” said Genelec managing director Siamäk Naghian. “So I can think of no better way of celebrating GLM’s 15th anniversary than with the launch of AutoCal 2 as part of the new GLM 4.1 release. In those 15 years we have gradually seen intelligent loudspeaker calibration become universally recognised as the most reliable path to creating a true sonic reference – and we are proud to keep leading the way.” 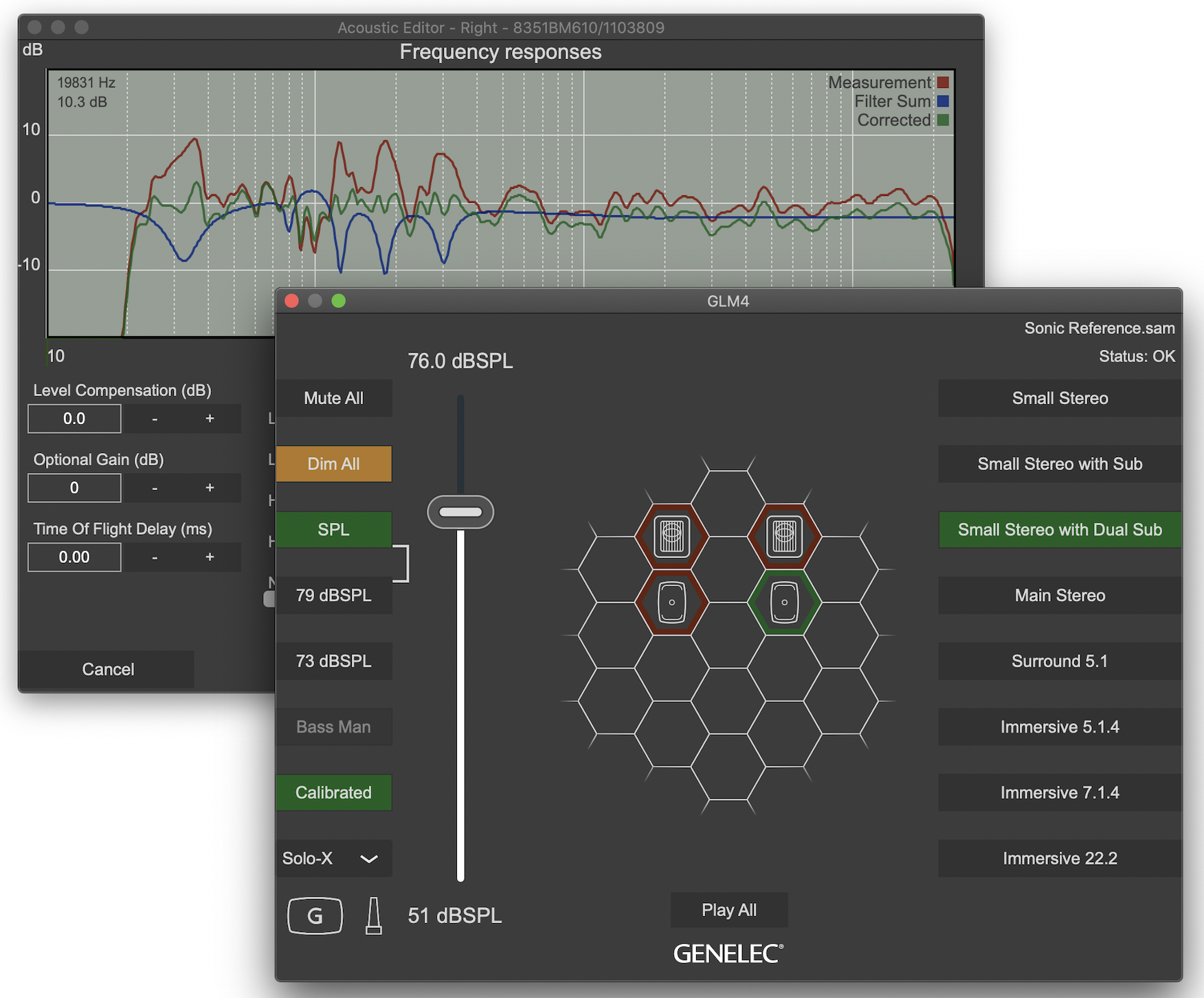 Our users cover all disciplines. Proper playback monitoring is essential. Will Eggleston, US marketing director, Genelec

To find out more about the new GLM 4.1 upgrade, Headliner caught up with Genelec US marketing director, Will Eggleston, for an exclusive chat…

Tell us about the origins of the new GLM update. What were you looking to add when developing the technology?

GLM 4.0 was originally focused on 64-bit Catalina MAC OS compliance. At the same time, our programming tool needed updating to 64-bit compatibility, which forced a redesign of the UI and brought new monitor control attributes to the Main GLM screen. Versions 2 and 3 had been out for almost 10 years, so it was a good opportunity to have a complete makeover.

Also, within this development period we had been looking at a substantial number of calibrations that were sent via our cloud services. From this data we’d been able to discern quite a bit of information regarding room types, reverberation, early reflections and of course direct sound. This led to the development of GLM 4.1 and the inclusion of the AutoCal 2 room calibration algorithm within it.

What are the benefits of AutoCal 2?

First off, speed of calibration. In stereo, the time difference might not seem consequential, but in immersive with 7.1.4 or 9.1.6, it’s tremendously quicker. Secondly, the algorithm has shifted its ability to better distinguish between direct and reflected sound. This results in a better objective calibration and target setting along with what we believe, after significant testing, to be better subjective LF to HF results as well.

In addition, our DSP team had been researching and developing more linear phase filtering in ‘The Ones’ three-way coaxial products, similar to the extended linearity found in the 8300 and S360 two-way monitors. Extended phase linearity results in a more stable sound stage, and from the user’s perspective it also allows better coherency when multiple models are used in a multi-channel system.

This point cannot be stressed enough. When selecting AutoCal 2, the user has the option to employ Extended Phase Linearity in the Group definition and Calibration process to the 8331A, 8341A, 8351B, and 8361A models in The Ones series.

Are you seeing an increase in demand for this kind of technology from recording engineers who are predominantly out on location rather than in a studio?

The last year hasn’t given much opportunity for location use, but some engineering tasks are being done in more challenging locations that our customers call their ‘temporary studios’. This has been a global situation. It’s affected the sales of our Smart Active Monitors in a very positive way. So yes, there has been an increase in demand.

Fifteen years on from the launch of GLM, how much of a game changer has it been for studio professionals?

For one, our early adopters are still with us. I can’t think of anyone I’ve talked to over the years who said it was a bad idea or investment. Our users cover all recording disciplines; bedroom, basement, penthouse, post production, editorial, mixing. Proper playback monitoring is essential to everyone. GLM levels the playing field - pun intended!

Could you have foreseen the impact it has had on the monitoring world?

In the early days before it was released, it was incredibly difficult to not get excited. I for one saw the writing on the wall and our first beta users had quite positive impressions. Of course, when it was initially released, we took some lumps for not being MAC compliant, but the development course was well defined and being bug free was an absolute stake in the ground.

Not to be long-winded, each year we sell more products and over the years the product model offering has expanded to cover more and more applications. The supporting GLM software continues to develop, and from that the impact just evolves organically. Strategically, looking in the rear-view mirror, GLM was a risky idea. But given the company’s background in acoustics and product design, it was a natural place for us to base our future.