PPL is celebrating the 10th edition of the Scottish Album of the Year (SAY) Award with a special chart revealing the most played SAY Award Shortlisted artists of the 21st Century.

This PPL chart is compiled from exclusive music usage and airplay data from UK radio stations and television channels.

Nutini’s third and most recent album Caustic Love was Shortlisted for a SAY Award in 2015 after becoming his second UK chart-topper.

Across his three albums he has a total of 13 BPI Platinum certifications, having sold nearly four million albums in the UK to establish himself as one of the most popular Scottish artists of this century.

Biffy Clyro, in second place, have grown to be one of Scotland’s most successful bands over the last two decades, rising from the Unsigned Stage at T in the Park in 2000 to Reading and Leeds Festival headliners in 2013.

Their last three albums all topped the UK albums chart, including the SAY Award Shortlisted Opposites from 2013 and 2020’s A Celebration of Endings, which is shortlisted this year. 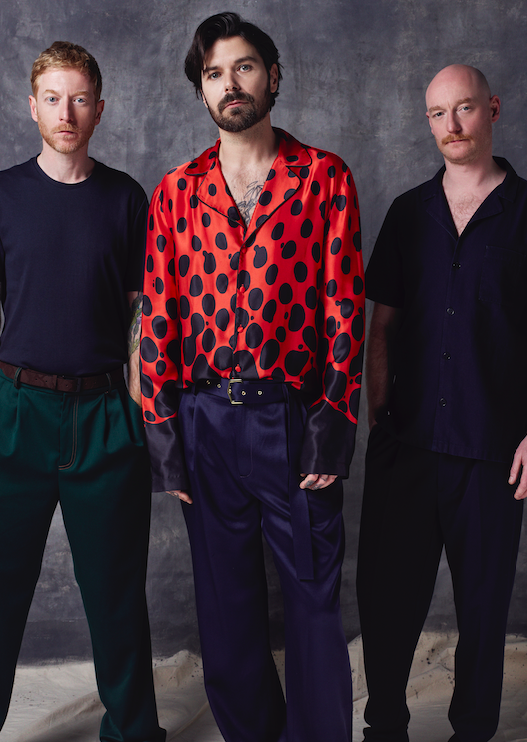 Franz Ferdinand round off the top three and highlight the popularity of Scottish guitar music over the last 20 years, with the likes of Mogwai, Twin Atlantic and Django Django also in the Top 10.

Franz Ferdinand recorded iconic Noughties track, Take Me Out, and subsequent hits The Dark Of The Matinee and Do You Want To cemented their place as one of the most popular bands of the period.

They have continued to receive critical acclaim throughout their career, with latest album Always Ascending being Shortlisted for the SAY Award in 2018.

The chart also reflects the importance of Scottish artists to electronic music.

“For 10 years it has recognised artists who have added to the country’s rich musical heritage, from rap and hip-hop to folk and pop, and PPL is proud to help celebrate its 10th anniversary. We have been a long-term supporter of the SAY Award and we look forward to another 10 years of fantastic music from some of Scotland’s best artists.”

Developed and produced by the Scottish Music Industry Association (SMIA), The SAY Award looks to celebrate the strength and diversity of Scottish music.

The winner of The SAY Award will collect £20,000, while all nine runners-up will be awarded £1,000 and their own bespoke award. Following a digital edition in 2020, the event returns as a physical ceremony for 2021, welcoming guests to Edinburgh’s Usher Hall on October 23.

The event will recognise 2021’s Nominees and feature special one-of-a-kind live performances, along with the exclusive reveal of 2021’s Scottish Album of the Year.

By the end of 2021’s campaign, The SAY Award will have distributed almost £300,000 in prize money to Scottish artists, with 2021 set to be another stellar year in showcasing the best of Scotland’s world-renowned musical talent.