South African-born producer and songwriter, Pete Martin reflects on his 20-year stint in the UK, collaborations with A-list artists, and his newly acquired state of the art London studio with the ultimate Genelec monitoring setup.

“I'm a total nerd, as you know,” begins a cheerful Pete ‘Boxsta’ Martin, who catches up with Headliner after last speaking a few years ago. “My wife and my colleagues joke with me because on my bedside table, my reading material is just manuals! I'm technology obsessed.”

By the time he relocated to London in 2001, Martin had written over 15 number ones, and countless top 10s – becoming one of South Africa’s most sought after multi-platinum selling producer-songwriters. Soon after arriving in the UK, Universal Island signed him to his first international label deal, working closely with Darcus Beese and Nic Gatfield.

“It’s been a very, very good couple of years,” he says modestly. “I have worked with some really cool people. Working with high profile people does build your career, but I also really like working with up and coming acts; I love that blend.”

Since first working with Arthur, Martin has gone on to work with him numerous times, including two tracks on the singer’s number one album, Back from the Edge.

“He did a couple of sessions with me and I think what clicked with him was, I didn't let him off the hook. You put that guy behind the mic and that one take is the one that you could keep for the rest of your life, but I pushed him a little bit because I just thought, ‘I want to see what he's capable of’. I know that sounds insane, but it was a lesson to me because I thought, ‘let me push him a bit and see what actually happens’.

"We did a couple of tracks and after that he hadn't called me, so I thought that I’d stepped over the line, and then suddenly he said, ‘Pete, I want to write more’, and we started forming this relationship.” 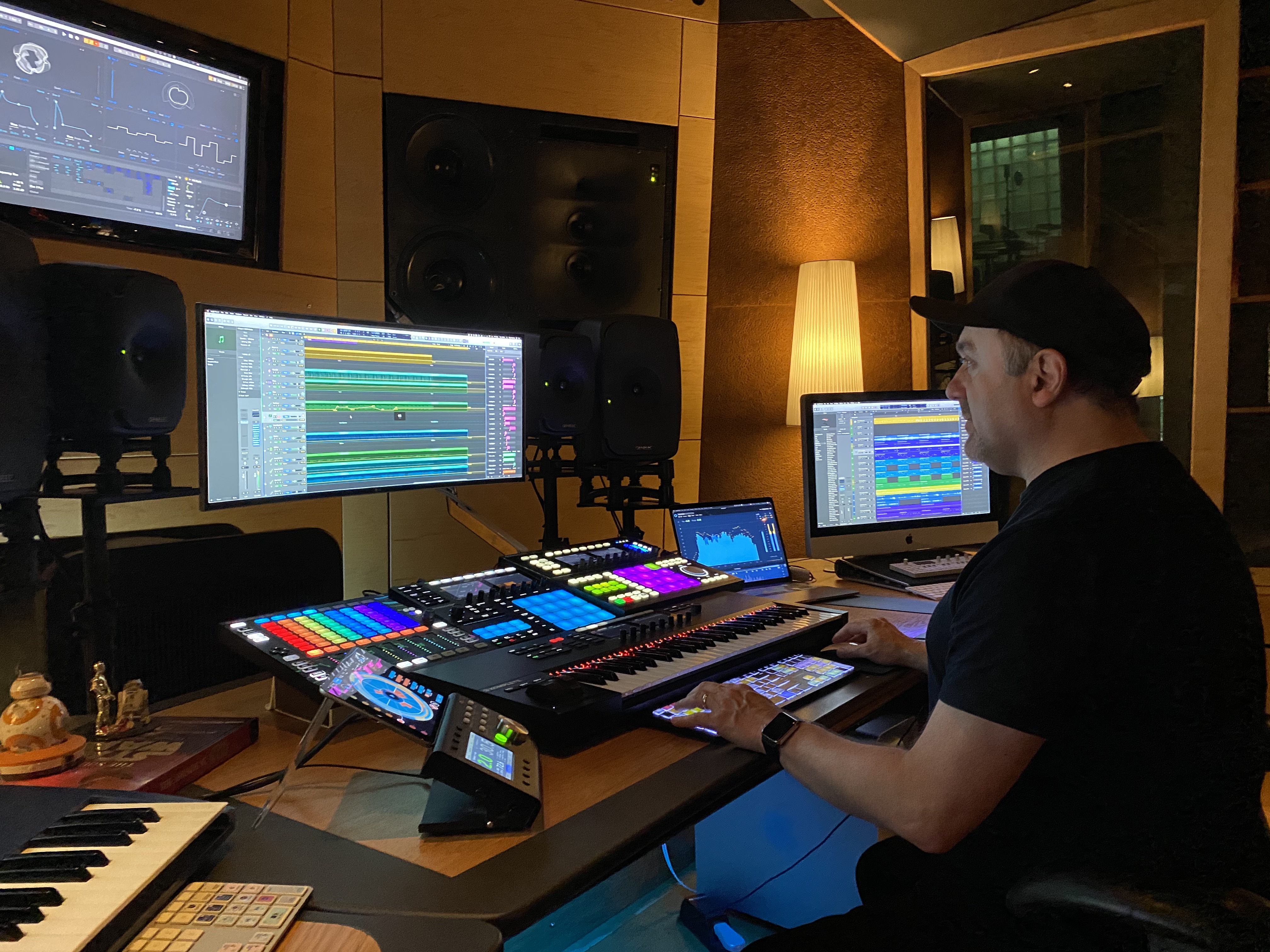 This reminds Martin of something that he has learnt through years of working as a producer:

“A really good producer is like a good psychiatrist almost,” he says. “For the longest time in my career, I would just get straight into the music. An artist would walk in and I was straight in with getting to the work right away, like ‘let’s go!’ But then I realised that this wasn't doing the music a service. When you're younger, you see the artist through your eyes, whereas when you're older, you see the artist through their eyes.

“That was a great lesson for me; if sessions didn't go well it was because I wasn't really understanding what the person was about, or what they were bringing to the table. When I started talking to artists before the session about what they were thinking, where they got their inspiration from, and where they wanted the album to go, the music started to get better and I started to get way more releases.”

Genelecs are the best speakers I've ever heard; it feels like you've stepped into the music.

Martin has recently moved into Matrix Studios in West London, which has been in existence since the late ‘70s and has welcomed everyone from The Clash, Coldplay, the Rolling Stones and Prince through its doors.

“I’m pinching myself at the moment, wondering ‘do I deserve to be here?’ If a room becomes available they get snapped up so quickly! I came to see it and it was an opportunity I couldn’t pass up – I had to take it. It's one of the premier music hubs.”

Pride of place in his new studio space are his Genelec 8331As, 8351s and “massive” 1035A monitors. What else would you expect from a self confessed “Genelec freak”?

“And the sub – I’m looking at it now and you could bury me in it! It's phenomenal. I’m using this Grace Design controller with it which is really sophisticated. Andy from Genelec – who's such a G – he helped me set up the studio remotely because of the whole lockdown thing. It was incredible to see what he was doing; he spent a long time setting them up to make the room sound pristine.”

Martin has different setup options depending on what he’s working on:

“I can have a more vibey setup, which is slightly brighter, or I can have a darker setup, which I really like because I like to mix darker so everything sounds a bit more present. It's the best mix experience that I’ve ever had,” he enthuses.

“In this room, they are the best speakers I've ever heard in my life. Honestly, it feels like you've just stepped into the music; it sounds 3D, it sounds warm. I was so taken aback when checking the mix at home because suddenly it was much more present on the mid range and top end.” 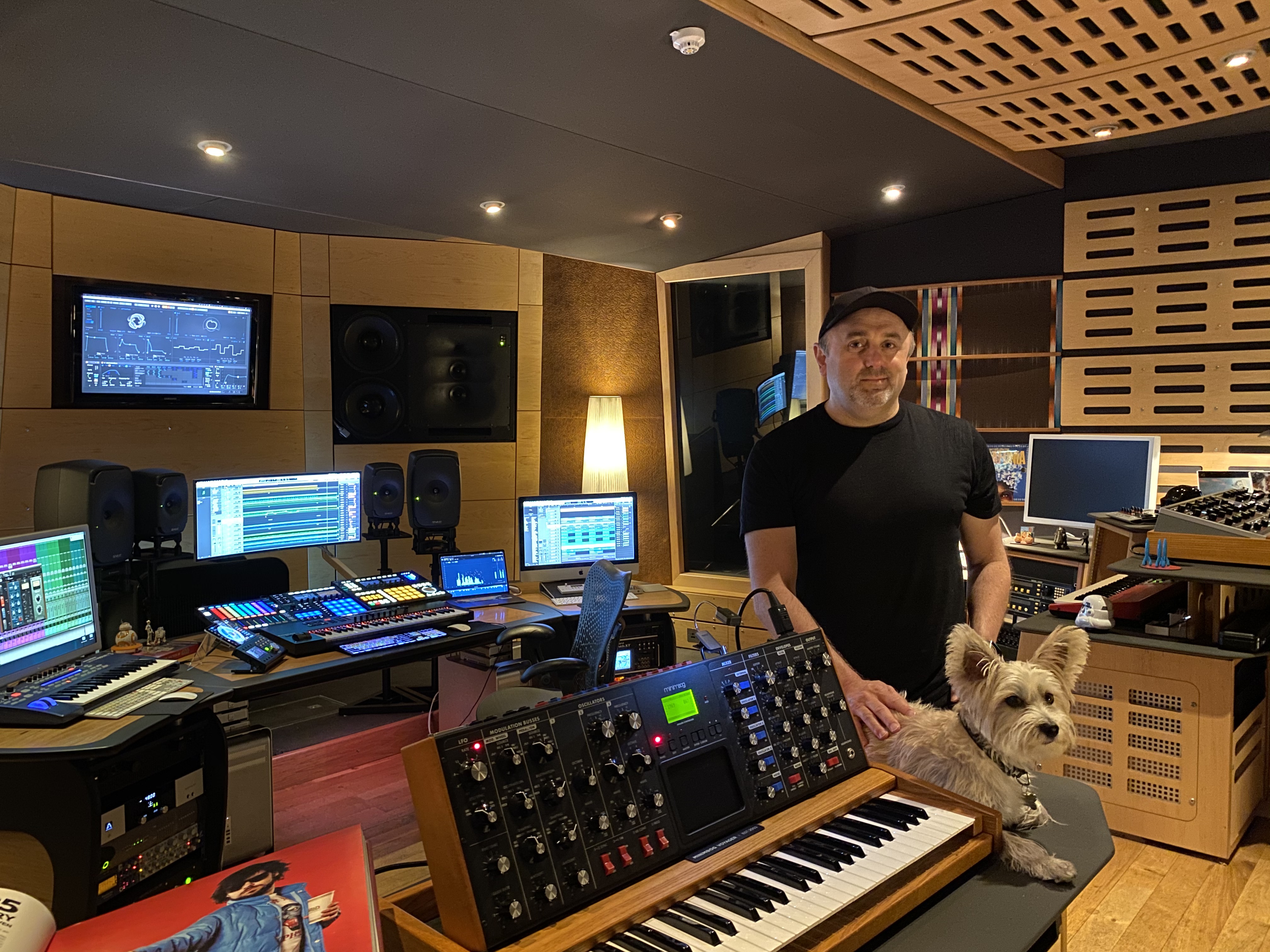