With a rollout of brand new plugins already underway and set to continue well into Q1 2022, SSL (Solid State Logic) has been busier than ever on the new products front. Headliner recently caught up with the company’s director of new products, Niall Feldman, about what the market can expect over the coming months, how the home recording boom is shaping the pro audio market and what the future holds for the traditional studio sector.

As most studio product manufacturers will tell you, demand for smaller, home recording products has skyrocketed over the past 20 months or so. Plugins, interfaces, monitors, microphones and everything in between have been the order of the day for so many music creators. Through various lockdowns and the absence of live events, many decided the time was right to invest in some new studio gear, whether upgrading their existing setup or making their first steps into music production.

For a company like SSL, with a reputation built on high-end, aspirational products, this presented an opportunity to broaden their offering and bring a raft of new customers into the fold. Of course, this wasn’t merely a case of rushing a flurry of cheaper products to market, more a matter of re-evaluating its catalogue and determining where they could add value to the market.

Back in May, SSL unveiled its new UC1 plugin controller, a launch that would serve as a precursor to its current programme of plugin releases. In September, the company revealed its new Fusion Vintage Drive and Fusion Stereo Image plugins, followed last month by the release of the Native X-Echo.

But what’s next for SSL as we approach 2022? We caught up with director of new products, Niall Feldman, to find out…

What can you tell us about this rollout of new products?

We have a real focus on new plugin products at the moment. We’ve been pretty active with our studio products in the last few years, but the plugins are something we’ve put more of a focus on over the last nine months. We’ve actually been working on these in the background for a while but not spoken much about them. So, we have a rollout of plugins releases, which we hope to be releasing every month or so until the end of Q1 next year. We’ve had a number of plugin products before, but this is a real body of work; we put a specific product manager in place to look after our plugin activity.

We also have some hardware work in development, which we tend to keep a bit closer to our chest before we release details to the public. With the shipping challenges we face we don’t want to announce anything until we know people will be able to walk into a store and buy it.

How badly have you been affected by those shipping issues?

Not hugely, but it just makes things a little bit less predictable than you’d like them to be. Typically, you get visibility six months out as to when something will be available in reasonable volumes. We’re lucky to be part of the Audiotonix group, so we are able to lever the strength and scale of the group to help on that front. And there is a lot of experience across the group in dealing with these types of challenges.

What can you tell us about the philosophy behind this new range of plugins?

We’ve always sold plugins and we have a number of licensed partners we work with who do plugin developmen. We do an awful lot of software development for some of our digital products that are prevalent in the live space and broadcast space, and there are some very sophisticated processing tools in some of those products. Translating those into useful plugins was something we wanted to do as a result of that effort.

There is also the fact that a lot of people are restricted with regard to the hardware they can get access to. We looked at the plugins we’ve had for a little while and wanted to address some of the areas we were missing, like delays for example. We thought that would round out our plugin offering.

What other areas are you looking specifically to launch plugins into? How did you identify the markets you wanted to target?

We put ourselves in the position of an engineer working in a room using only SSL equipment and thought about any tools or solutions that may be missing. That’s when you realise there are effects we could bring to the party that aren’t available as plugins. In simple terms, that was the focus – to build a suite of plugins where if you wanted to use SSL for everything, you’d be able to do so. 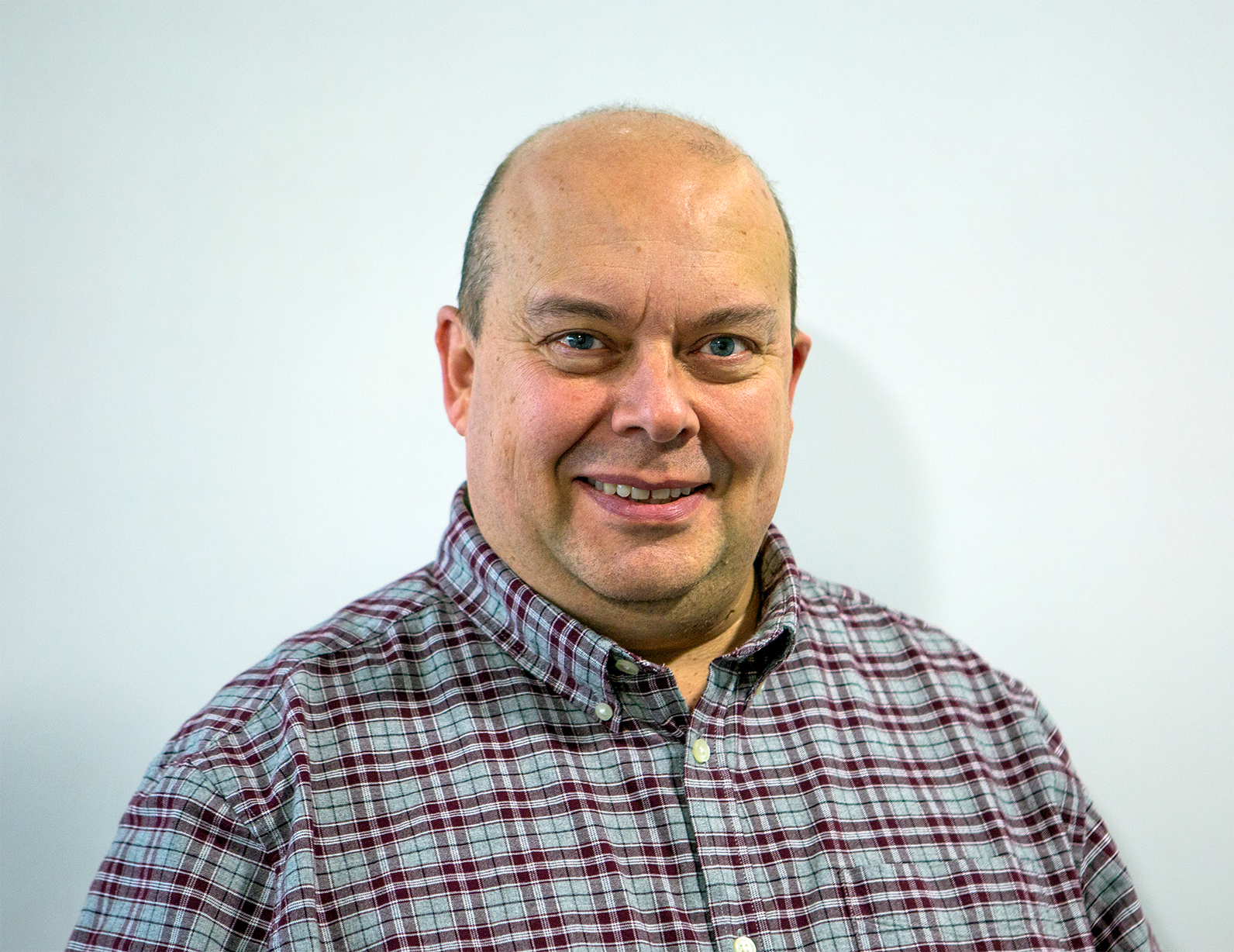 We've had plugins before, but this is a real body of work. Niall Feldman, director of new products, SSL

Is this an effective way of attracting new SSL customers?

It’s unlikely there are any audio virgins who will be buying SSL products because they are likely to start with something that’s a low investment. What we want to do is offer something to those who have maybe dipped their toe in the water and want to make that next step. And we also like to think that when someone buys an SSL product, they don’t need to replace it; they’ve bought the thing that will be with them for the rest of their life. That means we’re never the cheapest product, but we hope we deliver value, great audio quality and something that is not disposable. That ethos informs every product we make. Once people learn a bit about SSL and its heritage, they will discover that we are one of those brands that really defines professional audio.

How much do you focus on ensuring that the SSL heritage and identity is present in all new products?

It sounds a more complex thing than it is. Ultimately, we just want people to have quality products. We want them to have something that performs at the highest level and hope that we are seen a reliable brand for professional applications. We make a console called Origin, which we released a couple of years ago and that was a really interesting exercise in looking hard at what people needed for a typical studio. It was born out of the long history of SSL’s analogue mixing consoles, but equally a recognition of the fact that for a reasonable number of studios they will be considering their budgets and looking for a more economic version of these consoles without economising on the quality of signal processing. It was hitting a reasonable price point and that is a product that really highlights how we are able to bring those SSL hallmarks to a wider customer base.

How bright does the future look for the professional studio sector as we prepare to enter 2022?

You realise when you are completely remotely located that the one thing you can’t do is play music together; you have to be in a room with other people to get that spark. All of that does generate the need for these spaces and the tools that allow that to happen. There is definitely a recognition that spaces where people can get together is so important. People working from home are also realising that recording yourself isn’t the easiest thing in the world. It’s an awful lot easier when you have someone else allowing you to focus on a performance, rather than having to worry about whether you can hear spill from headphones and all those other things. These things have helped regenerate the studio business. And us developing a product like Origin is us recognising that that world is coming back.

What market trends have you been seeing? Any areas of business where you’ve seen increased demand for products?

Right now, it’s difficult to have a longer term perspective on things because the last 18 months have been so different to what our normal business activity would be. If it continues in this way, yes, we’ll be making smaller products to meet the massive demand that we’ve seen. But it may well be that life is coming back to some normality. One of the things lockdown has done is give people the time and focus to understand what they do and the way that they work at home, so there are probably more trained and more evolved users. People have spent more time with their equipment and looked more at how they do things. And people are looking around their desks and thinking about how they can make their set up better. The reaction we’ve had to UC1 and UF8 has been amazing.

What are the biggest challenges for the industry in 2022?

It would be good to see supply chain activity settle down as it’s been quite turbulent. Also, maintaining the capacity for product manufacturing. You can get to a point where you have a run rate of products you’re making and bringing to market. Balancing how quickly you can do that with how quickly you’d like to do that is a challenge for any manufacturer. Trying to forecast anything is really difficult, as the world has gone from having some degree of predictability to being totally unpredictable. Things have relaxed but we’re not sure if we’re out of that unpredictability yet, although we have got more used to the situation. When the first lockdowns started happening around the world the industry was almost in a state of shock, but we’ve had nearly two years of it and it’s a bit more of a way of life. It’s quite amazing how adaptable human beings are.