The Beatles Get Back: Peter Jackson’s film shows the fab four like never before

Today sees the release of Peter Jackson’s six-hour epic documentary The Beatles: Get Back arrive on Disney+, in which the Lord Of The Rings director depicts in great detail and with reams of never-before-seen footage, the making of the band’s 1970 album Let It Be and their subsequent split.

Spread over three parts, The Beatles: Get Back offers a truly unique insight into one of the most successful and influential bands of all time at their most fragile and vulnerable. The film focuses on the making of the band’s penultimate studio album Let It Be by way of candid footage of Paul McCartney, John Lennon, George Harrison and Ringo Starr jamming, chatting and messing around between takes, as well as their legendary rooftop show on London’s Savile Row – the final live performance The Beatles would ever give.

The original footage, shot by Michael Lindsay-Hogg, reveals a more complex picture of The Beatles than many may have imagined at this moment in their career. Talk at the time was of a band at loggerheads, with an unwritten understanding that this would be their final record together, such was the fractious nature of their relationships.

Harrison, who was now widely and rightly regarded as a songwriting powerhouse in his own right, was keen to breakout on his own, having spent a decade effectively playing third fiddle to Lennon and McCartney. Meanwhile, the friendship that was so central to that lead songwriting partnership was reported to be broken beyond repair.

In reality, as demonstrated in the raw footage presented in Jackson’s film, the truth was never quite so simple. While they may have drifted somewhat from the close-knit, carefree unit that conquered the world at the start of the decade, there is still a palpable sense of warmth, affection and closeness that exists between the quartet.

Perhaps most importantly, it also captures the potent musical genius that continued to flow through the band. From playful snapshots of musical spontaneity, to seeing some of the best loved moments in The Beatles catalogue come to life before your eyes, these are the moments that will likely live longest in the memories of Beatles fans. 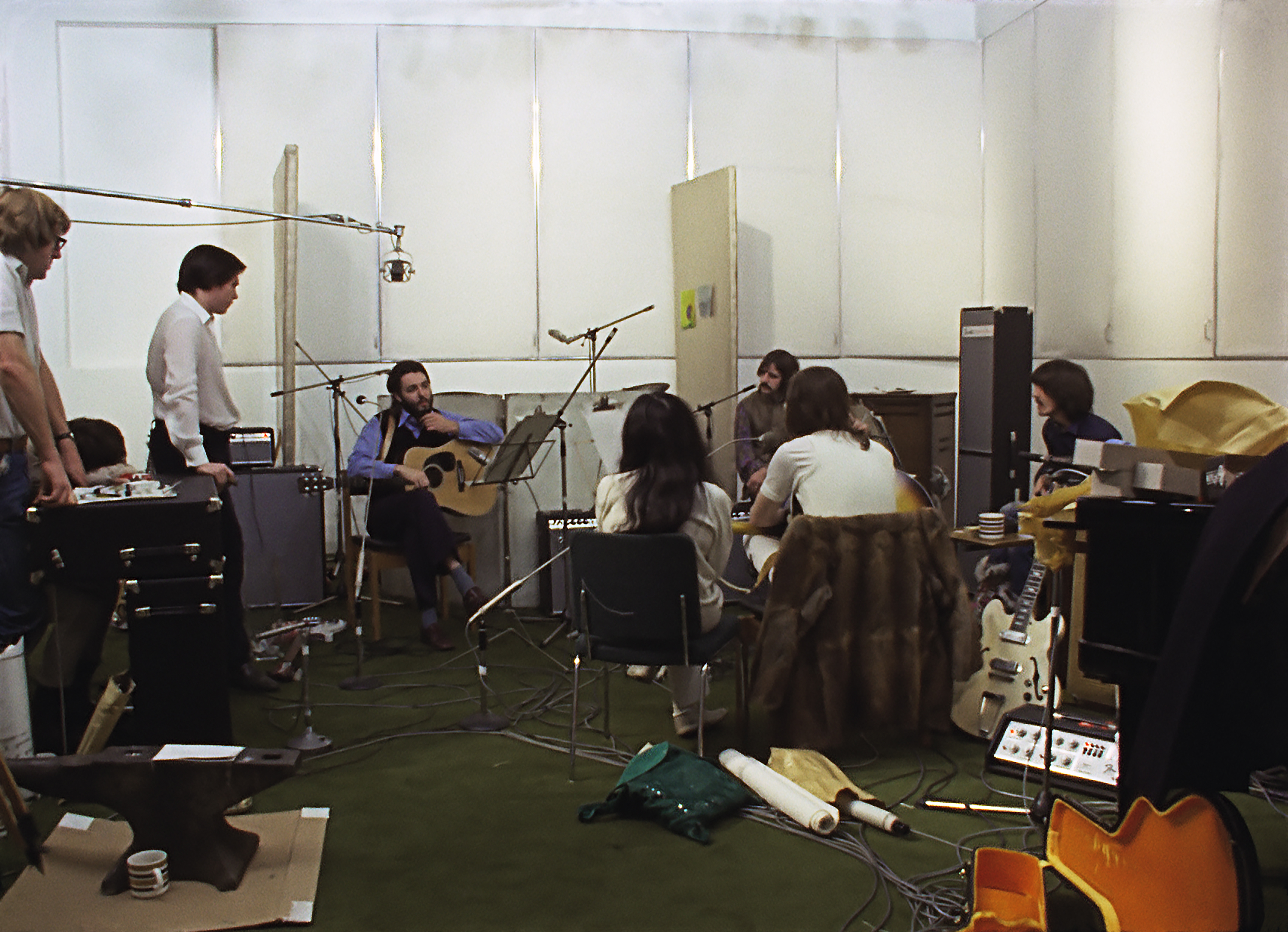 The film has made me love my father again. Julian Lennon

Indeed, McCartney himself told The Sunday Times after seeing the footage for the first time that it had changed his view on the breakup of the band.

“I’ll tell you what is really fabulous about it, it shows the four of us having a ball,” he said. “It was so reaffirming for me. That was one of the important things about The Beatles, we could make each other laugh. John and I are in this footage doing Two Of Us and, for some reason, we’ve decided to do it like ventriloquists. It’s hilarious. It just proves to me that my main memory of the Beatles was the joy and the skill.”

“In many respects, Michael Lindsay-Hogg’s remarkable footage captured multiple storylines,” he said. “The story of friends and of individuals. It is the story of human frailties and of a divine partnership. It is a detailed account of the creative process, with the crafting of iconic songs under pressure, set amid the social climate of early 1969. But it’s not nostalgia - it’s raw, honest, and human. Over six hours, you’ll get to know The Beatles with an intimacy that you never thought possible.

“I’m very grateful to The Beatles, Apple Corps and Disney for allowing me to present this story in exactly the way it should be told,” he continued. “I’ve been immersed in this project for nearly three years, and I’m very excited that audiences around the world will finally be able to see it.”

The film also had a profound impact on John Lennon’s son Julian Lennon, who took to social media after the film’s premiere to post: “The one true thing I can say about it all is that it has made me so proud, inspired and feel more love for my/our family than ever before… and the film has made me love my father again, in a way I can’t fully describe. Thank you to all who had a hand in bringing this project to fruition. Life changing.”

You can now watch part one of The Beatles: Get Back on Disney+, with parts two and three to be made available on November 26 and 27 respectively.