Warner Music Spain and Warner Chappell Music have cut the ribbon on The Music Station, their new creative hub in Madrid. Aimed at artists, songwriters, producers, managers and the wider creative sector, it is located in the former Príncipe Pio North Station, and places Madrid and Spain at the centre of international music innovation.

This new space consists of more than 10,000 sq-m, and is designed to satisfy the creative and technical needs of the companies’ artists, songwriters, employees and partners. It will house Warner Music Spain, WMG’s local recorded music company, and Warner Chappell Music Spain, the music publishing arm of WMG.

The building will be open 24 hours a day, 365 a year, with visitors using a mobile app to book and enter the facilities and curate their experience.

The Music Station is housed in the former Madrid North Train Station, which was built in 1861. The building was empty for almost four decades, but over the last four years has been completely restored and adapted.

The facilities will host four different, independent spaces: The right tower will be home to recording studios and a co-working space for the companies’ employees – where artists and songwriters can develop their creative and technical processes in the studios – rehearsal rooms, photography and video sets, composition rooms, co-working areas, call booths, creative and meeting rooms.

The hub features first-class recording studios equipped with the latest technology, including Dolby Atmos immersive audio. Artists will have technicians on hand for each studio and will be able to book them through the app.

The central building will house a theatre, which Warner Music Spain will use to host gigs and events, with a focus on live music. It can accommodate up to 1,000 people in a theatre setting and 2,000 people at a standing concert. This part of the building will also be home to Carola Morena, a new nightclub.

The left tower is where The Music Station’s Hall of Fame music museum and restaurant will be located. 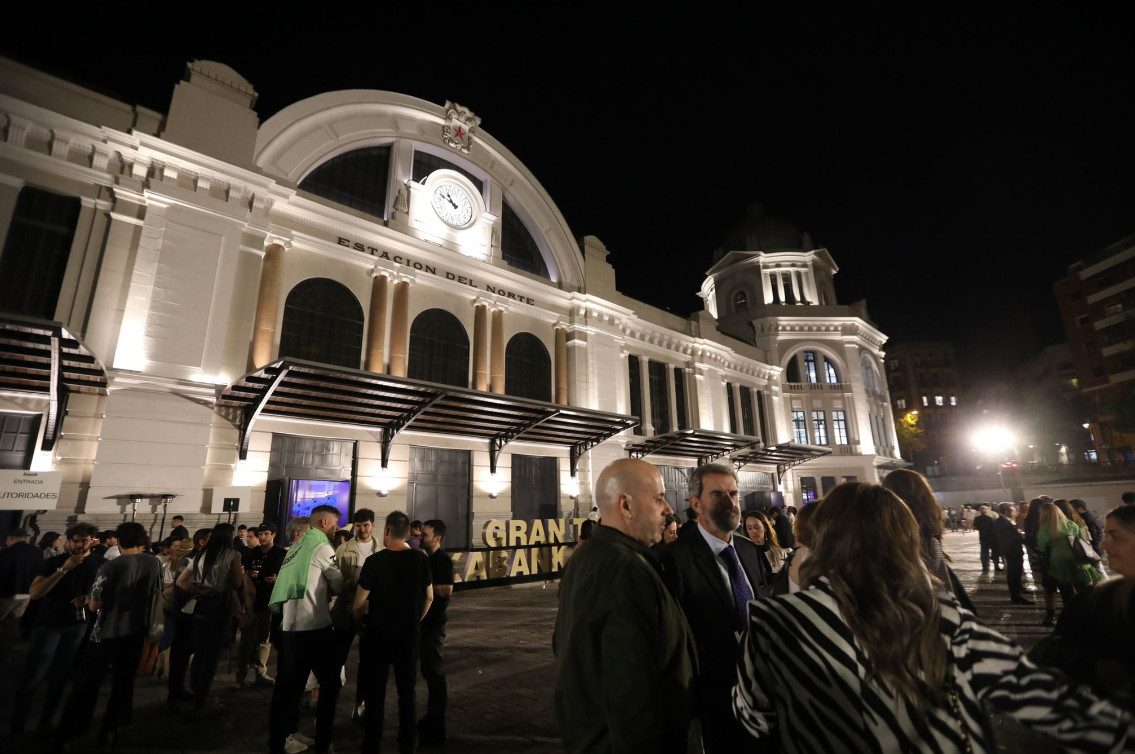 They’ve ripped up the rulebook and delivered something fresh and inspiring. Guy Moot and Carianne Marshall, co-chairs, Warner Chappell Music 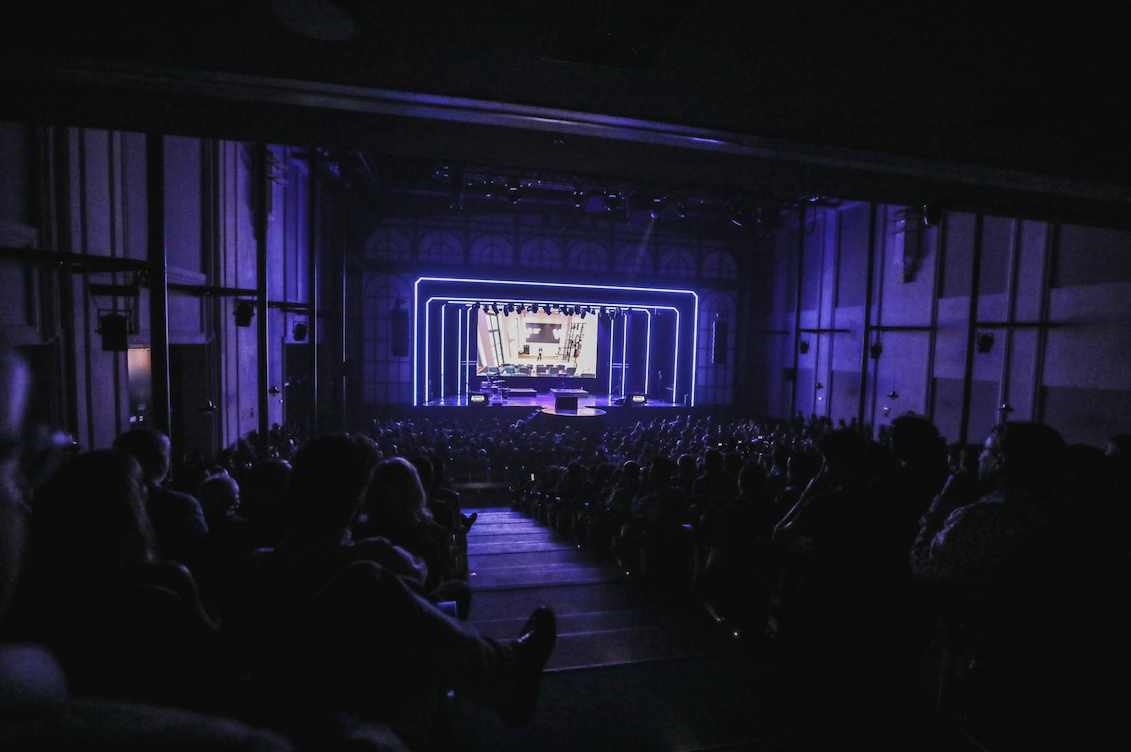 The Music Station also represents a change from the traditional office set-up to a brand new workplace concept. There are no offices – even the president of Warner Music Iberia will not have one – and meeting rooms, but rather listening rooms.

The new working concept linked to the hub encourages collaboration, as well as the wellbeing of Warner Music Spain’s and Warner Chappell Music Spain’s employees, who will have the flexibility to organise their schedules, coming into the office or working remotely as they see fit.

“I’m so proud of everything Guillermo, Santi and the team in Madrid have achieved with The Music Station,” said Lousada.

“It’s been a lot of hard work to pull together, but they’ve created a space that brings to life our vision of what a modern record company should be. It puts the artist at the very centre of everything, from the rehearsal rooms to the recording studio, the content creation hub to the live music venue. They’ve moved on from the outdated model of an office and come up with something that truly puts creation and collaboration at its very heart.” 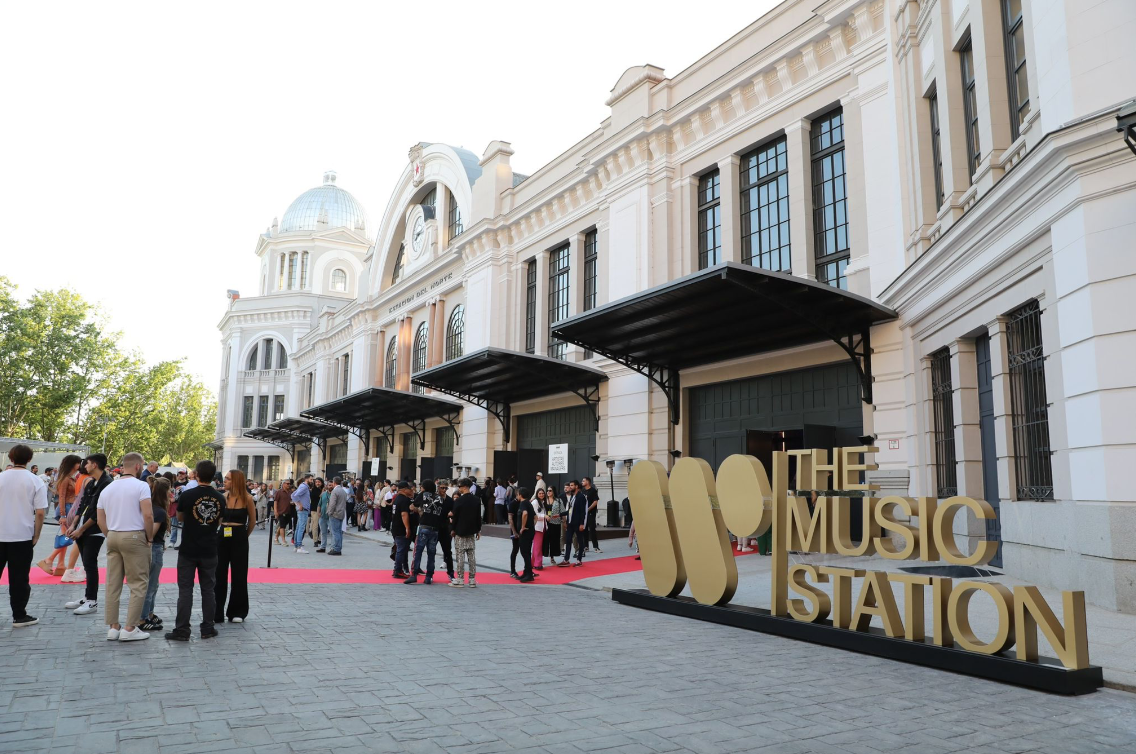 Guy Moot and Carianne Marshall, Co-Chairs of Warner Chappell Music, added: “The Music Station is a place where songwriters will be truly heard. Santi, Guillermo and the team are passionate about putting our creative talent at the very centre of our space in Madrid. They’ve ripped up the rulebook and delivered something that’s fresh and inspiring, delivering the future of the workplace today.”

“The Music Station is the embodiment of our Artist First philosophy,” added González. “We’re offering our talent an inspiring space and changing the way we meet, interact, produce and promote music.This will be a new cultural centre for Madrid that will benefit not just us, but the entire creative community.”

Santiago Menéndez-Pidal concluded: “This is a landmark moment for Warner Chappell Music Spain. We’re so excited to move into a space that is built around the needs of our songwriters and we hope that they make it their second home.” 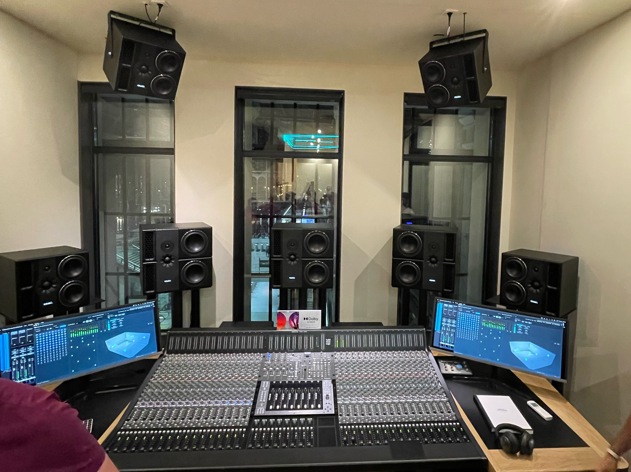 At the same time as working on the building, Warner Music Spain has been collaborating with the Universidad Francisco de Vitoria to discover and train talent through its Postgraduate Degree in Industry and Music Business.

The program features instruction by senior executives from Warner Music, in addition to the university program’s wider offering of master classes by industry experts from DSPs, social media platforms and broadcasters, all of which facilitate training scholarships within their respective sectors.

The opening event saw a performance in the theatre from Alizzz, an artist, producer and songwriter who is signed to both Warner Music Spain and Warner Chappell Music Spain. There were also DJ sets in the nightclub from Mario Vaquerizo and DJ Nano.