The Rolling Stones have launched a limited edition vinyl of their chart-topping, critically acclaimed album, Tattoo You to celebrate 40 years since its initial release. Today, 1,000 copies of the limited edition Tattoo You ‘Stones Red’ vinyl will be released.

The latest instalment in their series of limited edition vinyl records in the ‘Stones Red’ bespoke Pantone colour – all exclusive to the RS No.9 Carnaby store – joins previous sold out release including Goat’s Head Soup, Sticky Fingers, Some Girls, Black & Blue and Blue & Lonesome.

Originally released on August 24 1981, Tattoo You is primarily composed of studio outtakes from previous recording sessions, spanning over a decade. The multi-platinum album reached the top of the US Billboard 200. 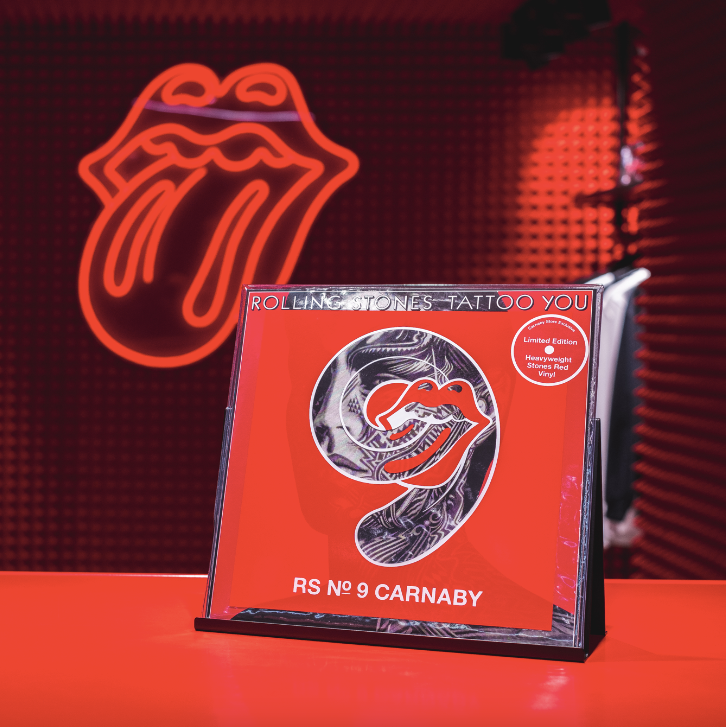 It will be available in-store from 11am BST and then released online at 6pm BST. Online stock will be very limited.

The vinyl is priced at £25 and customers can also shop the AW21 collection of mens and womenswear, alongside accessories and exclusive collaboration pieces.